Neighbours alerted crews that their vehicle was fully ablaze while were inside the property n Flash Lane, Stoke-on-Trent 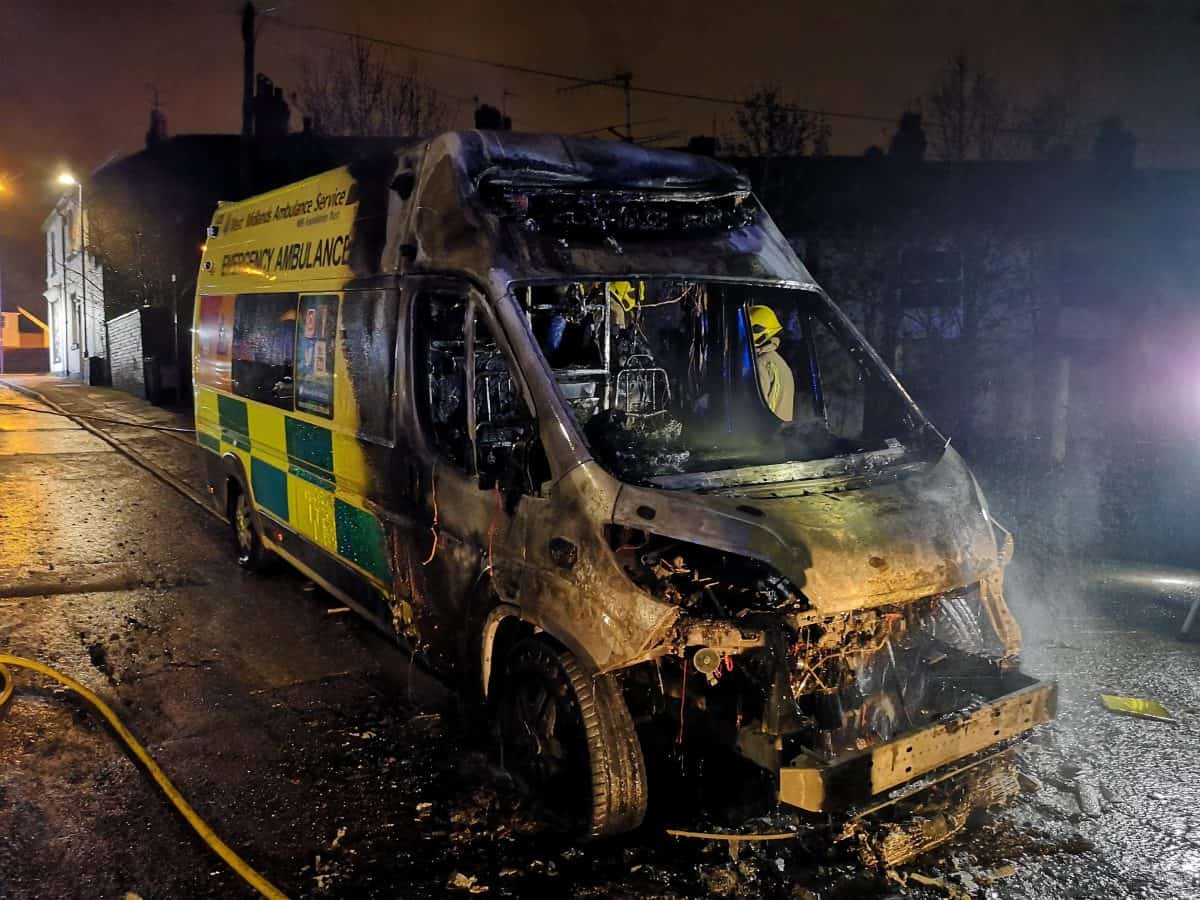 An investigation has been launched after an ambulance was completely gutted in a fire while paramedics were inside a house nearby treating a patient.

The West Midlands Ambulance Service crew had been called to a property on Flash Lane, in the Trent Vale area of Stoke-on-Trent at 12.37am this morning.

Neighbours then alerted paramedics as they assessed a patient and they returned outside to find their emergency vehicle fully ablaze.

Ambulance bosses said a probe had now been launched to determine the cause of the “very unusual” fire.

A West Midlands Ambulance Service spokesman said: “We can confirm that one of our ambulances caught fire whilst the crew were in a nearby property in Stoke on Trent in the early hours of this morning.

“The ambulance crew were called to Flash Lane in Trent Vale at 12.37 am to a patient who required assessment.

“They were with the patient when they were alerted by neighbours that the ambulance was well alight.

“The fire service were quickly on scene and extinguished the fire, but the ambulance suffered significant damage.

“Thankfully, no one was injured in the incident.

“The vehicle has been recovered where the cause of the fire will be forensically investigated.

“Because the Trust has no vehicle over five years old, fires are very unusual so establishing the cause is extremely important.”