“They didn’t realise they were dealing with guests, they just kind of felt like they’ve got to treat you like some kind of animal and keep you in these rooms.” 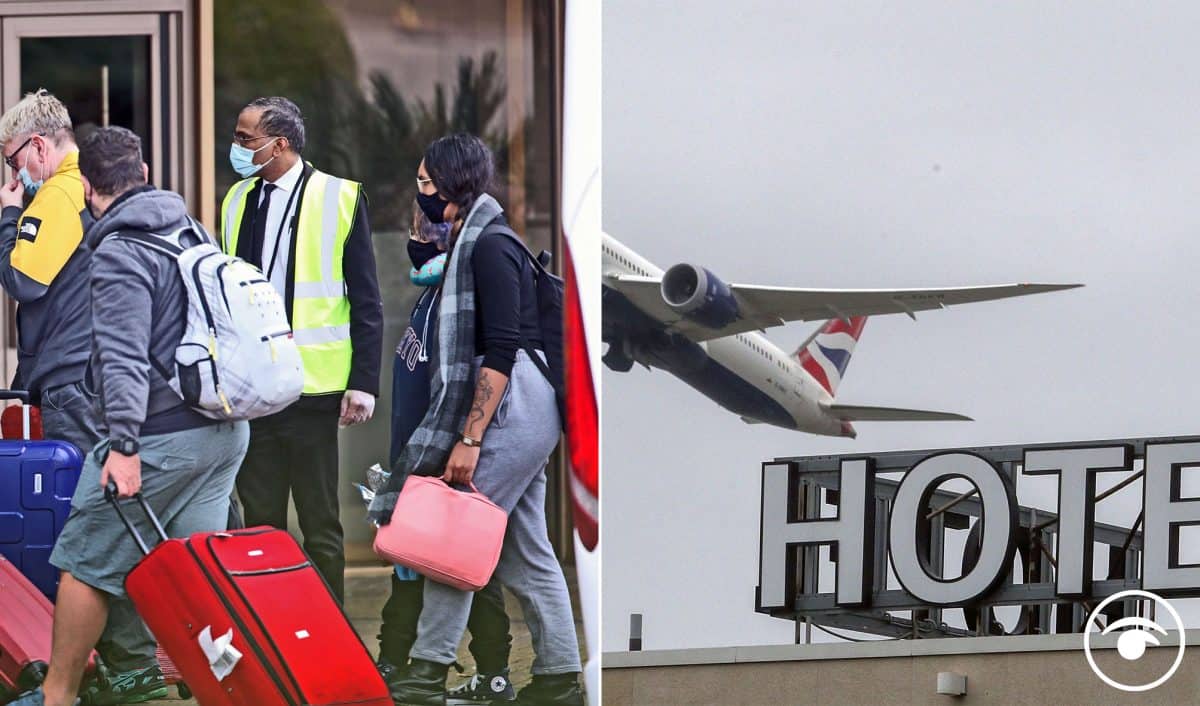 Travellers released from 10 days in a quarantine hotel after arriving in the UK from a country on the Government’s “red list” said they were treated like “animals” and “prisoners” during their stay.

Many of the guests who stayed at the Radisson Blu Edwardian hotel near Heathrow Airport complained about the conditions, the costs and being kept away from family members as they left on Friday.

They had been at the hotel since February 15, the first day the Government’s new quarantine rules came into force, and had to pay £1,750 for a “package” including transport from the airport, two Covid-19 tests, security and food.

Father-of-three Theo Paulse, 39, who lives in Torquay, Devon, had to quarantine after flying in from South Africa following a family visit.

He told the PA news agency: “For the amount of money they charge, I felt more like a prisoner than actually a guest here.

“I had loads of altercations in the end with staff just not knowing how to treat people because the power went to their head.

“They didn’t realise they were dealing with guests, they just kind of felt like they’ve got to treat you like some kind of animal and keep you in these rooms.”

He added: “It was disheartening and my kids weren’t happy when they were told dad’s not bringing their Christmas presents from their grandmother.”

Mr Paulse said he had ordered KFC at around 11pm on the first night because the food at the hotel was “expensive”.

He continued: “It wasn’t a nice experience but what I can say is all the people that were in here, thank you very much for a nice time.

“We kept each other entertained and made it nice for ourselves and there was people looking out for each other.

“I’m going to miss the guys in here, but I wouldn’t want to do the experience ever again.”

Others praised the hotel staff but said they were looking forward to walking around without being “escorted everywhere”.

Ruth Conway, 84, and her husband Norman, 72, from Keynsham, near Bristol, had to quarantine after returning from a holiday in Portugal.

Mrs Conway said that, although the staff were “very good”, she questioned if they were “joking” when asked if she had had a positive experience.

She added: “You could come outside as much as you wanted, my husband’s a smoker, so it’s desperate for him.

“But it would have been nice to walk around a garden or something.

“That’s what I can’t wait for, to walk around my garden at home and to be able to get out of one room without having to be escorted everywhere.”

One woman said she had not seen her husband for months after travelling with her three young children.

Eritza East, 37, from Southampton, said: “It was not ideal, but it wasn’t terrible, I’ve been in much worse accommodation.

“The accommodation was really big and the beds were really comfy, the only problem was the food wasn’t always kid-friendly.

“Other than that the security was really nice and very supportive.”

She added: “I’m looking forward to seeing my husband, I haven’t seen him in seven months.”