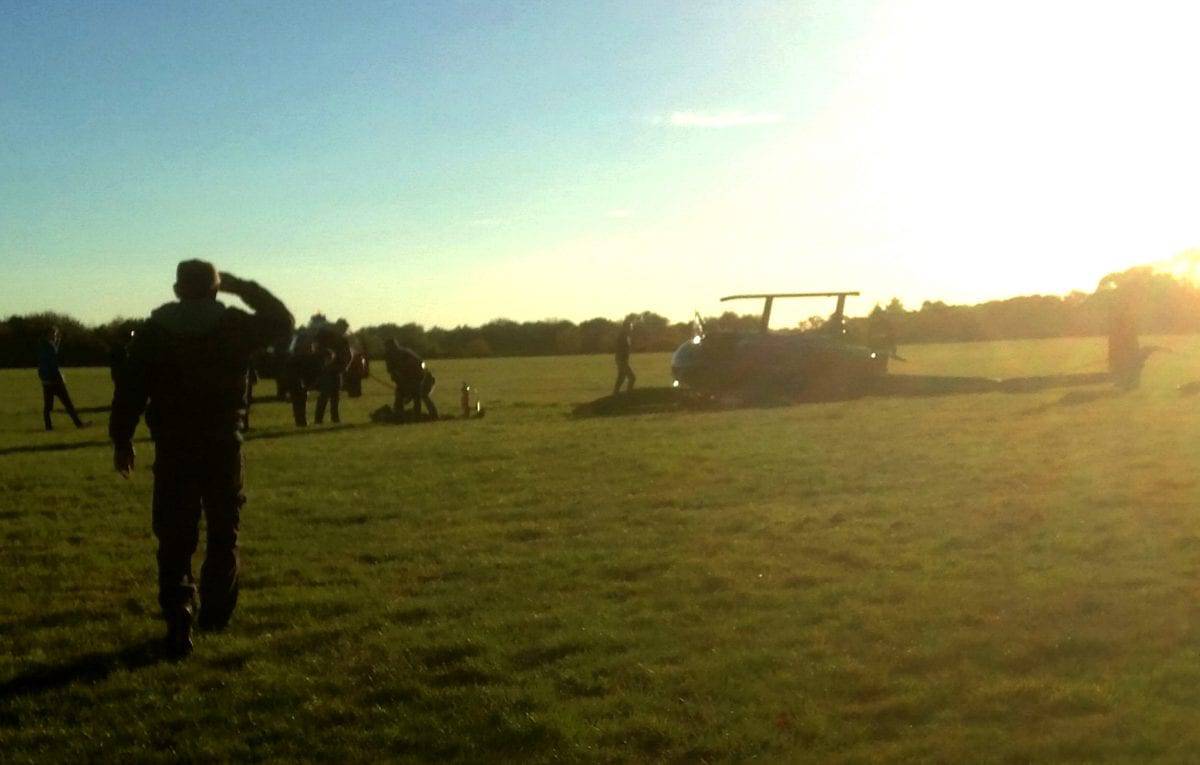 A pilot has been rushed to hospital and another man was injured after a helicopter crash.

Two men were pulled from the training helicopter at Denham Aerodrome, Bucks., after it nose-dived shortly after 3pm yesterday.

Photos appear to show the helicopter upside down on grass with people rushing towards it.

An eyewitness said: “I live about 800 yards away.

“I literally got in from my front door sat and sat down at the table when I heard this loud boom.

“It was a massive boom.

“The pilot’s head was split and there was blood pouring all over his face.

“I’ve just been waiting for this to happen.” A spokesman for South Central Ambulance Service said: “We received an emergency 999 call at 15:07 reporting a training helicopter having crashed at Denham Aerodrome.

“We sent an ambulance, a paramedic team leader in a rapid response vehicle, a Tactical Advisor and the Thames Valley Air Ambulance to the scene.

“There were two male patients in the helicopter – one had sustained minor injuries and the other serious, but not life-threatening injuries.

“The second patient was taken to Wexham Park Hospital by road after initial treatment at the scene; the patient with minor injuries was treated and discharged at the scene.”