Female seals are heavily pregnant or pupping during the summer and getting too close can lead to the mammals stampeding on rocks which prove fatal to mothers and pups, while disturbed females may also not build up the fat reserves they need to feed their young properly. 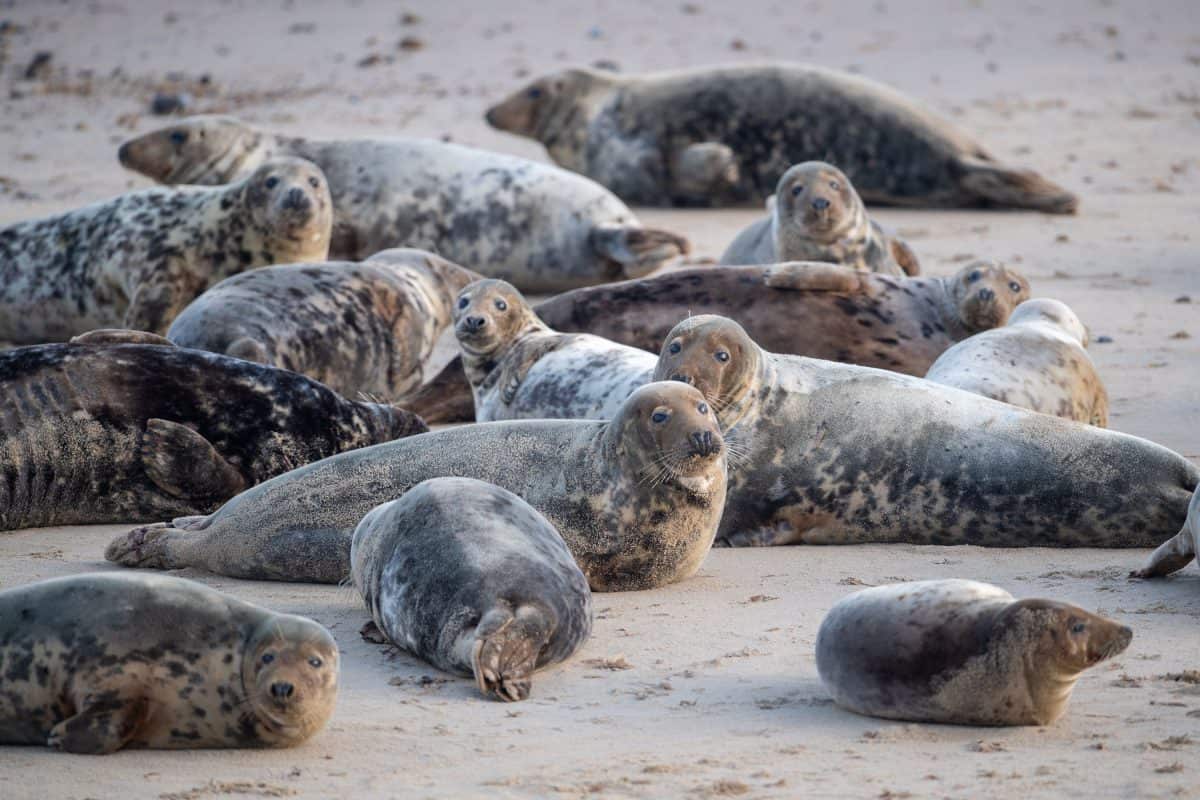 The public is being urged to give seals space to protect them from disturbance in a campaign launched as people head to the coasts at the Easter weekend.

The Government-backed campaign by the Seal Alliance is warning that getting too close to seals can lead to the injury and death of mothers and pups, even up to several months later.

The calls come as a popular seal known as “Freddie” was put down after being attacked by a dog.

The animal, named after Freddie Mercury because of his crowd-pleasing antics, had been entertaining people near Hammersmith Bridge in Barnes.

Distressing pictures over the weekend showed the young seal being bitten by a dog.

He was taken to the South Essex Wildlife Hospital in Tilbury but has since died, vets said.

It is urging people to take simple steps to protect seals, including staying well away so they cannot smell, hear or see human observers and using a camera zoom or binoculars to watch wildlife instead.

People are also urged to keep dogs on a lead when seals might be present, never to feed the marine mammals and take all litter home.

The push to protect seals from human disturbance comes as people are expected to go for walks on coasts and estuaries, take part in water activities or fly drones over the Easter weekend as lockdown measures ease.

The Seal Alliance, a coalition of regional marine wildlife groups, is asking people to show special caution as seals have ventured further inshore on beaches and coastlines that have become quieter as a result of lockdown.

The UK is home to an estimated 38% of the world’s grey seal population and around 30% of the European subspecies of common or harbour seals, but both species are showing signs of declines in breeding.

Just 25% of young seals survive to the age of 18 months in a bad year and they are most affected by disturbance, such as people being noisy or startling the young animals, which waste their energy and means they struggle to haul out of the water to rest and digest food.

Female seals are heavily pregnant or pupping during the summer and getting too close can lead to the mammals stampeding on rocks which prove fatal to mothers and pups, while disturbed females may also not build up the fat reserves they need to feed their young properly.

The “give seals space” campaign includes leaflets and signs for the public and wildlife tour operators with guidance on how to watch seals without disturbing them.

Environment Secretary George Eustice said: “Seals are one of our most iconic marine mammals. They can be found along our coastline around the UK and we must do all that we can to protect them.

“Disturbance by members of the public can be detrimental to seals but this is entirely preventable. I would urge everyone to follow the guidance, give seals the space that they need and respect this vulnerable marine species.”

“We need to be aware of the harm we can cause by getting too close to our seals and the often tragic consequences when we do.”