“Having been accepted by the MoD it is then absurd they are rejected by the Home Office without any reason." 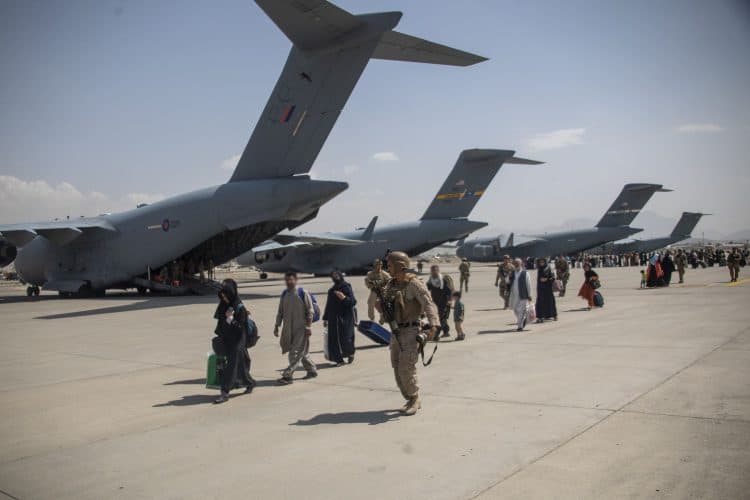 A former interpreter who is stuck in Afghanistan has filed legal action against the Home Office over his rejection from the Afghan Relocations and Assistance Policy (Arap) scheme.

The interpreter, who the PA news agency is not naming, claims he was accepted on to the scheme by the Ministry of Defence after working for both the British and US forces between 2011 and 2016.

The 38-year-old is said to be fearing for his and his family’s lives after being shot by the Taliban three weeks ago when trying to leave the country at Kabul airport.

He survived but has now gone into hiding.

Rehana Popal, the specialist immigration barrister working on the case, said the man began working for the international forces in October 2009 in Afghanistan, but was placed on the US’s watchlist a few years later after disclosing that extended family members of his were Taliban.

In 2011, he underwent a polygraph test and passed, allowing him to be removed from the watchlist and begin working for the British armed forces.

A year later he moved back to work for US forces, until 2016.

Ms Popal said the interpreter was accepted on to the Government’s Arap scheme in May after being approved by the Ministry of Defence, but was rejected by the Home Office two months later.

In a letter to the man, it said his “presence in the UK has been assessed as not conducive to the public good on grounds of national security due to [his] conduct, character and associations”.

It added: “I am therefore satisfied that your presence in the UK would not be conducive to the public good.”

Two weeks ago, days before Britain’s deadline to withdraw troops, former interpreters and vulnerable Afghans from Kabul, the High Court urged the Government to disclose why the decision to allow him on to the scheme was reversed or give a greater explanation for why the man is considered a danger.

Ms Popal said the Government said it was unable to provide even a “gist” of the reason for refusal and has instructed Sir James Eadie QC, who previously represented the Government in its case involving Shamima Begum.

Shamima Begum was one of three east London schoolgirls who travelled to Syria to join the so-called Islamic State group in February 2015.

She added that the Government has requested the hearing, due to take place at the High Court later this month, take place under closed proceedings.

She told PA: “There are about a dozen of these individuals who are in the same position and there is a serious question of injustice here.

“While I accept the Home Office will have to ensure they uphold national security, it’s hard for individuals who fought alongside British soldiers on the front line and have put their lives on the line.

“Having been accepted by the MoD it is then absurd they are rejected by the Home Office without any reason.

“It’s the lack of reason that raises serious concerns, because it’s saying ‘You and your dependents are so dangerous, and because of what you’ve done, or not done, we’re not telling you what, none of you deserve protection’.

Ms Popal added that she hopes that if the man’s case is successful it gives hope for other Afghan interpreters.

A Government spokesperson said: “The UK’s evacuation operation helped over 15,000 people to safety including British nationals, Afghan interpreters, and other vulnerable people, and the Government is working as quickly as possible to bring more people to the UK.

“But there are people in Afghanistan who represent a serious threat to our national and public security. That is why thorough checks are taking place by government, our world-class intelligence agencies and others and if someone is assessed as presenting as a risk to our country, we will take action.”

Related: ‘Find a backbone and resign:’ Raab told to leave post over Afghanistan