“This is absolute nonsense from the Met Police. A purely factual report by Sue Gray cannot possibly prejudice a police investigation." 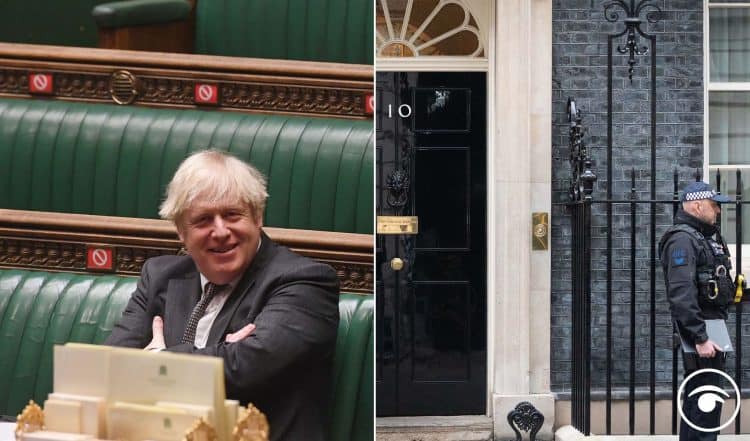 Lawyers have questioned how publishing the findings of Sue Gray’s inquiry could prejudice the police investigation into allegations of lockdown-breaking parties in Downing Street.

Scotland Yard has asked for the Whitehall inquiry to only make “minimal reference” to the events it is investigating as it seeks to avoid any prejudice to its probe. But it insisted it has not asked senior civil servant Ms Gray to delay her report or place any further restrictions on other events.

The Metropolitan Police’s statement indicates that Ms Gray will either have to make significant changes to her report before publication or delay it until after the force’s inquiry concludes.

But some legal figures have questioned why publishing the report would prejudice the police investigation.

Nazir Afzal, a former chief Crown prosecutor for the North West, said on Twitter: “This is absolute nonsense from the Met Police. A purely factual report by Sue Gray cannot possibly prejudice a police investigation.

“They just have to follow the evidence, of which the report will be a part.”

Human rights barrister Adam Wagner, who has spent the pandemic interpreting complex coronavirus laws and explaining them to the public on social media, said on Twitter: “I am not a criminal lawyer so perhaps I am missing something. How would a factual civil service report about events the police is investigating ‘prejudice’ their investigation?”

The anonymous lawyer and author known as The Secret Barrister then added: “I am a criminal lawyer, and I too must be missing something, because there is no reason I can see as to why an independent police criminal investigation would in any way be influenced by, or would seek to influence, a civil service report.”

But Nick Aldworth, a former Metropolitan Police chief superintendent and counter-terrorism national co-ordinator, said the report could prejudice the police investigation “by disclosing the evidence that they will gather and thereby giving the potential defendants an opportunity to conceal or alter evidence”.

Publication of official reports and other inquiries can often be delayed until a police investigation and any subsequent court case or inquest is concluded, typically to avoid the risk of prejudicing a jury if a criminal trial was to take place.

But in this instance, if police investigate under the provisions of the coronavirus regulations then there would be little risk of prejudice as the penalty for breaching lockdown rules is a fixed-penalty notice and it is highly unlikely to result in a prosecution.

Some lawyers have questioned whether the incidents in Downing Street may be examples of malfeasance or misconduct in public office or neglect of duty.

If police consider such offences, that could lead to a prosecution on more serious charges which may result in a prison sentence.

There is also speculation over whether the probe could open the door to possible action for perverting the course of justice, if officers discover those involved lied or tried to conceal evidence.