In 1986, while on a visit to China, he told British students: “If you stay here much longer you'll all be slitty-eyed”. 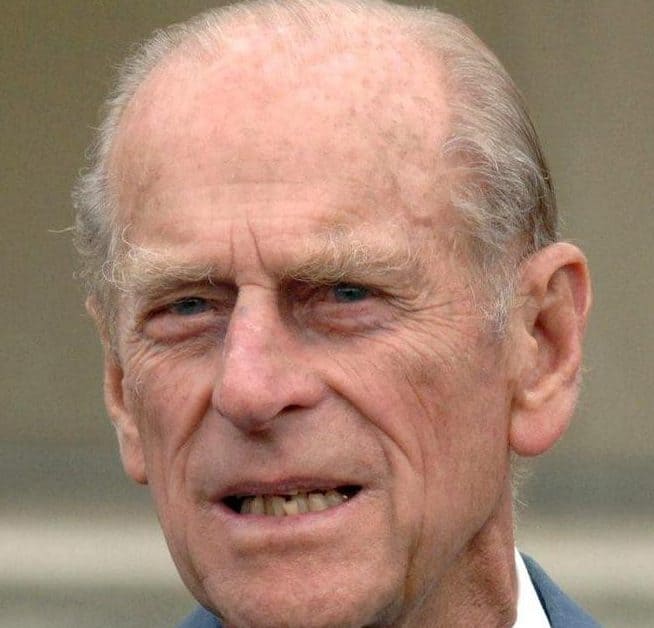 File photo dated 13/07/06 of the Duke of Edinburgh pointing the way as he and Queen Elizabeth II met guests at a garden party to mark 50 years of his award scheme at Buckingham Palace. He was the Queen's husband and the royal family's patriarch, but what will the Duke of Edinburgh be remembered for? Issue date: Friday April 4, 2021.

King’s College London was forced to apologise for sending an email bulletin with a photo Prince Philip, after staff complained of the Duke of Edinburgh’s history of “racist and sexist comments.” It comes as over 30,000 people have signed a petition ‘inviting’ Prince Harry to give up his titles.

The university where the Duke had been the governor, sent out the email accompanied by a photo of Prince Philip opening the Maughan Library with the Queen in 2002.

It accompanied the following statement:

“As the nation marks the death of HRH Prince Philip, the Duke of Edinburgh, we thought you might like to see this photo of the Duke at the official opening of the Maughan Library in 2002, which some colleagues will remember.”

Associate director Joleen Clarke at King’s College libraries issued an apology for “causing the harm” to staff members after receiving a number of complaints.

“The picture was included as a historical reference point following his death,” read the statement. “The inclusion of the picture was not intended to commemorate him.”

“Through feedback and subsequent conversations, we have come to realise the harm that this caused members of our community, because of his history of racist and sexist comments. We are sorry to have caused this harm.”

He had a history of making offensive comments.

In 1986, while on a visit to China, he told British students: “If you stay here much longer you’ll all be slitty-eyed”.

There were some very unhappy people who didn’t like the apology from the University over the e-mail.

King's College London apologising to its staff – grown adults – who have supposedly suffered 'harm' after being sent an image of Prince Philip.

Being oversensitive and itching to be outraged are dominant features of the modern-Left intelligentsia. A pathetic state of affairs.

Marcus Ball exclusive: “Not everything is as it seems”