“People want to have five days of fun over Christmas. If they want that wriggle room, they really have to accept stricter restrictions in the run-up to Christmas." 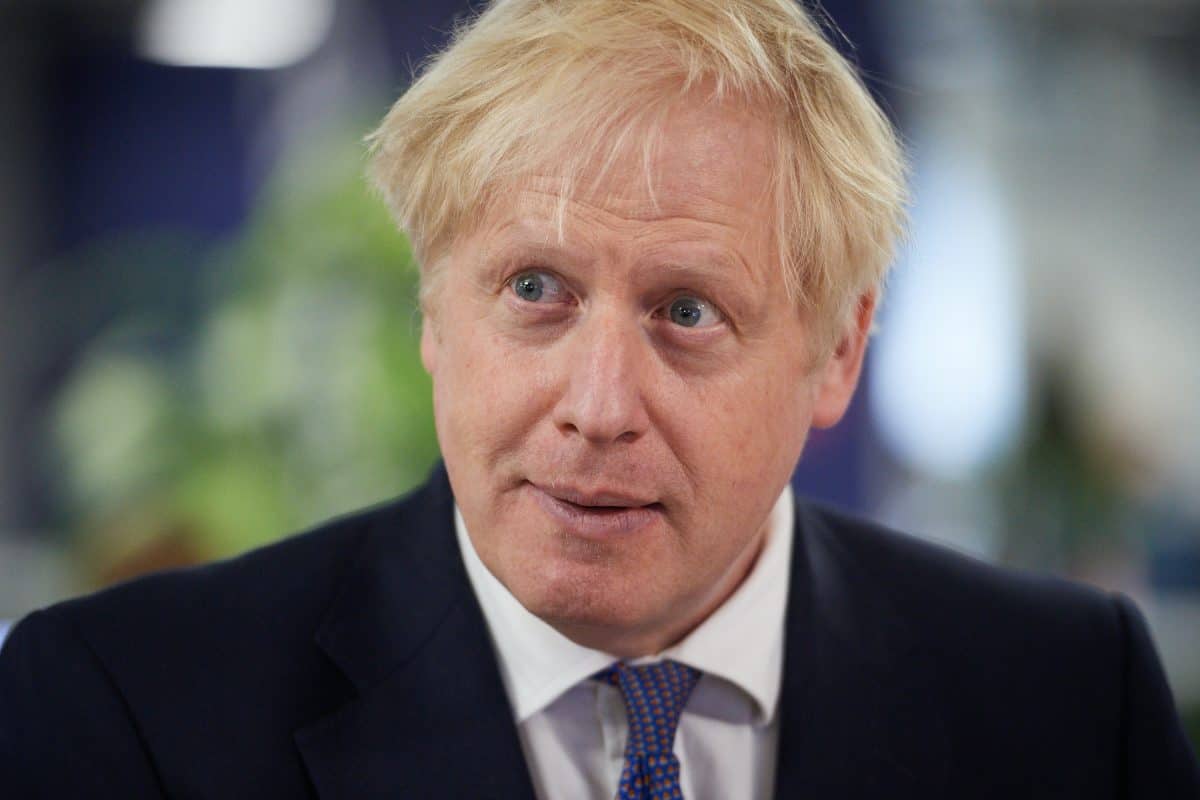 The decision to impose tough restrictions on 99% of England has prompted a furious reaction with Boris Johnson facing a Tory revolt over his post-lockdown plans.

More than 55 million people will be placed into Tier 2 and Tier 3 measures when the second national lockdown ends on December 2, meaning mixing between households indoors will effectively be banned for the vast majority of the country.

Only the Isle of Wight, Cornwall and the Isles of Scilly – accounting for little more than 1% of England’s population – face the lightest Tier 1 coronavirus restrictions.

Large swathes of the Midlands, North East and North West are in the most restrictive Tier 3, which accounts for 41.5% of the population, or 23.3 million people.

The majority of authorities – including London – will be in Tier 2, which will cover 57.3% of the country, or 32 million people.

Out of those areas to go into Tier 3, only eight of 119 have reported a rise in cases.

Sir Graham Brady, chairman of the influential 1922 Committee of Conservative MPs, said the decision would make it “harder” to push the measures through Parliament, while the Daily Mail suggested up to 70 Government backbenchers were prepared to rebel in a vote on the regulations next week.

He told BBC Two’s Newsnight: “By forcing so much of the country into those really tough restrictions, especially places where the rates of infection have been falling to much lower levels, I think the Government has given itself a much harder job.”

In Tier 1, the rule of six applies indoors and outdoors but in Tier 2 there will be a ban on households mixing indoors, and pubs and restaurants will only be able to sell alcohol with a “substantial meal”.

Tier 3 measures mean a ban on households mixing, except in limited circumstances such as in parks.

In these areas, bars and restaurants will be limited to takeaway or delivery services and people will be advised to avoid travelling outside their area. Shops and schools will remain open in all tiers.

Some MPs were left angered after seeing their areas escalated up two tiers compared to their status before the November lockdown.

Former cabinet minister Liam Fox and John Penrose, husband of NHS Test and Trace boss Baroness Dido Harding, criticised the move to place their North Somerset constituencies into Tier 3, having previously only been in Tier 1.

They said the reason used – due to the amount of workers in the area who commute to Bristol which has seen a recent spike in Covid-19 cases – “isn’t right or fair”.

In Kent there was dismay at putting the whole county into Tier 3 when there were discrepancies in the infection rate across the area.

With parts of the county bordering Tier 2 areas, North Thanet MP Sir Roger Gale told Sky News he feared people would “skip over the boundary” to go to visit a pub.

The Government has promised to publish an impact assessment of the measures before MPs vote on them on December 1, following complaints economic harm and the knock-on health impacts of restrictions were not being properly considered – a point made by the Covid Research Group formed of lockdown-sceptical Tories.

The Prime Minister, due to visit a science laboratory in Wiltshire on Friday, told a Downing Street press conference that “your tier is not your destiny” and cited the planned extension of mass community testing, as seen in Liverpool, as a possible “escape” from the toughest measures.

A review of the tiers is scheduled for December 16 but the Times reported the Government is not expecting to make any changes until the new year.

Calum Semple, professor of child health and outbreak medicine at Liverpool University, said if people wanted to see their family at Christmas then they had to accept harsher rules.

“People want to have five days of fun over Christmas. If they want that wriggle room, they really have to accept stricter restrictions in the run-up to Christmas,” he told Newsnight.

Despite a planned relaxation of restrictions during the festive period, chief medical officer for England Professor Chris Whitty warned the public against hugging and kissing elderly relatives “if you want them to survive to be hugged again”.