The portrait, painted in oil on linen, is the work of the distinguished artist Victoria Crowe and was painted at Birkhall on the Balmoral Estate in Royal Deeside, Aberdeenshire. 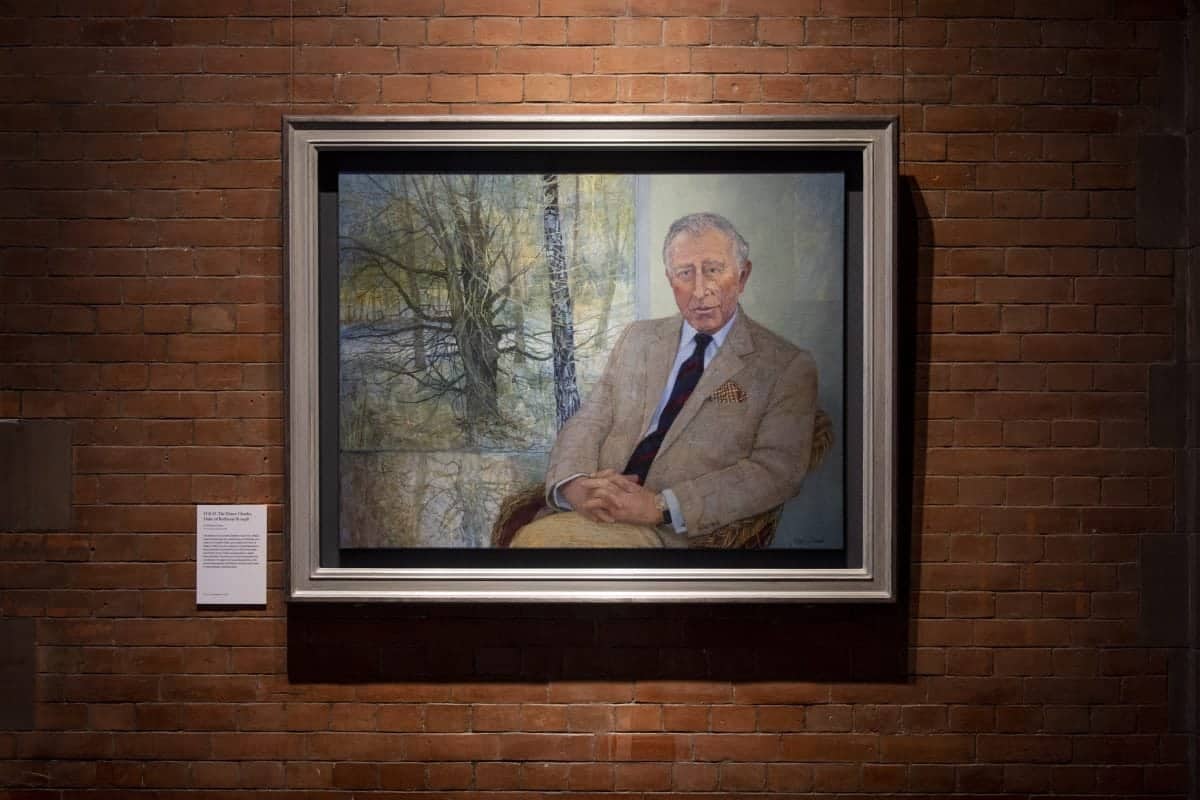 A stunning new portrait of Prince Charles has been unveiled at the Scottish National Portrait Gallery.

The portrait, painted in oil on linen, is the work of the distinguished artist Victoria Crowe and was painted at Birkhall on the Balmoral Estate in Royal Deeside, Aberdeenshire.

It is the first portrait of the Duke of Rothesay to enter the National Galleries of Scotland (NGS) collection in Edinburgh. She said she had four sitting with Prince Charles during the painting earlier this year, describing him as “relaxed and generous” throughout.

Victoria said: “This commission was a very great pleasure. “I had four sittings at Birkhall.

“The first visit was intensely vivid, with beautiful light on the landscape, thick snow around and plummeting temperatures.

“His Royal Highness was extremely relaxed and generous during the sittings and we talked about painting, the Royal Drawing School and shared interests, as well as attitudes to conservation and ecology. “The more we spoke the more I realised the importance Birkhall and the sanctuary it had provided.

“So, the landscape element of the painting became very specific.

“I felt that so much of his thinking was rooted in a deep love of the natural world… and indelibly linked with a philosophy of respect and sustainability.

“I was not painting a symbol of power or establishment but an engaging, thoughtful and sympathetic human being.

“Because of time constraints, I had to paint as directly as possible – no time for many sketches”. “It is a deeply thoughtful and sensitive portrayal of His Royal Highness and encompasses all the subtlety, insight and delight in painterly effects that Victoria Crowe’s work is rightly renowned for.

“It also perfectly complements the experience of seeing her impressive exhibition currently at the Portrait Gallery in Edinburgh.”