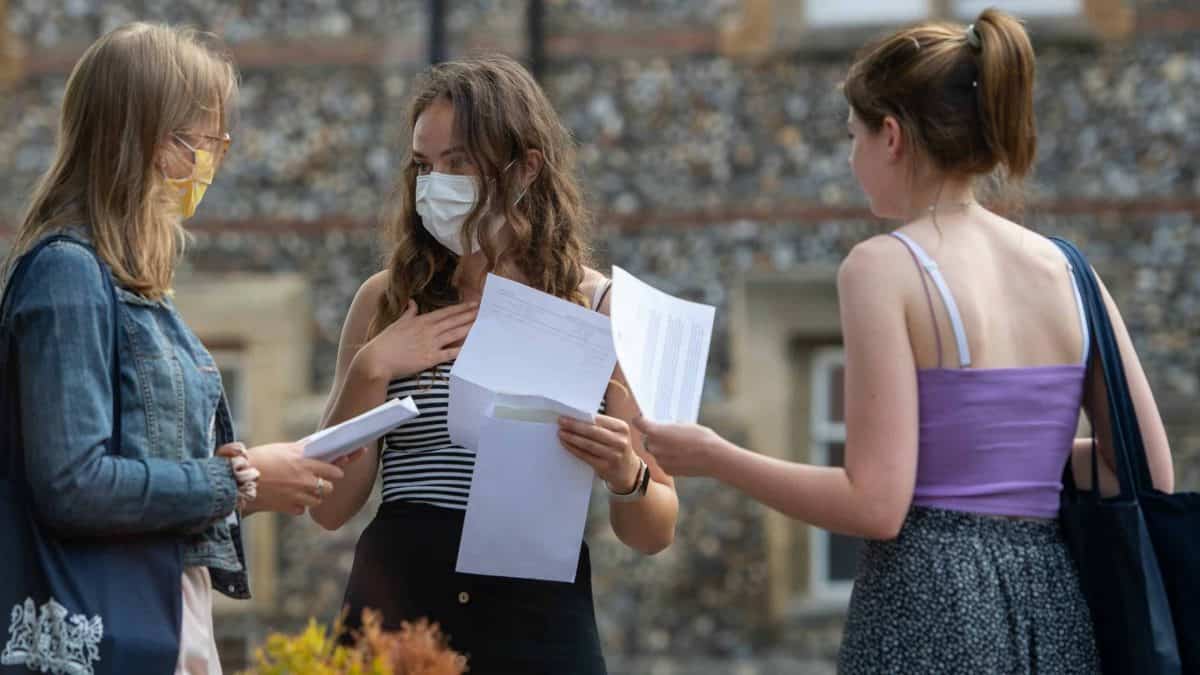 Waiting for A level results is agonising for eighteen year olds in the most normal of years, but in this most unusual and uncertain of years, it has never been so excruciating. With the constant media coverage, the furore over the Highers results in Scotland and the last minute changes by the government, students won’t have confidence in what is going to happen, until they are holding their slip of paper and their university place is confirmed.

This is the class of 2020! First they had their exams cancelled. One day they were studying at full throttle with a few months to go of crucial revision, and then the next day, lockdown occurred, and their exams were cancelled. Unlike other year groups, they didn’t have months of remote study, but instead went from everything to nothing overnight.

The Scottish Higher results have come as a shock, because most Year 13s believed it was their teachers who have decided what grades they will be achieving.  Now they learn it has been an algorithm that is deciding. An algorithm comprising of teacher predictions, a school’s previous three year performance and each subject’s ranking of students from most secure in the grade boundary to least secure. This was just about ‘fair’ because at least it felt like it was based on evidence: mock exam results, course work and class essays.

Problems with the algorithm

However, the algorithm we learn, doesn’t take into account individual students who go against the norm and do not fit into the school’s statistical three year trend. The deciding factor hasn’t been the teacher predictions, based on evidence, but on the past performance of the centre and previous results. In fact the balance has been very much skewed against the teacher predictions.

When examiners mark papers, everything is moderated, ticked and re-checked. The students and the schools who put in performances that go against trends and predictions have the evidence there in black and white on the exam paper. This 2020 system has no opportunity for the student who puts in the outstanding performance, the school that is on the ‘up’ and has turned their results around, and the new brilliant teachers and new subjects that go against the ‘normal’.

No wonder then, that the algorithm has been problematic and there has been a revolt in Scotland, and rightly so. Particularly galling when it is often students (and schools) from poorer postcodes that have been on the wrong side of this new grading system.

Scotland has made a massive “U” turn. It turned out that the Higher pass rate had been reduced by 15.2 percentage points for students from the most deprived backgrounds but only by 6.9 per cent for the wealthiest pupils.

Gone is the algorithm, and the initial teacher predictions have been reinstated.  Pass rates have seen a twelve month improvement of roughly fourteen per cent, an improvement that certainly wouldn’t occur in a ‘normal’ year. Teacher predictions were definitely over optimistic, which could have been predicted, because teachers, a bit like parents, will want the best for their students. However, the algorithm plus moderation, were supposed to counteract this fairly, but unfortunately the remote statistical programme couldn’t make up for a tried and tested process of good old fashioned marking and moderation. The evidence is there, locked away in classrooms. There has been time to come up with a fairer and more transparent system.

Today we will know what has happened in England and Wales. We already know that there is a small gain on overall grades from last year, but that teacher predictions have been dramatically marked down, but then these were massively up on last year. Gavin Williamson, the secretary of state, has announced that if the actual results are lower than a student’s mock results, the higher results will stand. This is not much consolation for the vast majority of students who will improve, and often significantly, on their mock results. There is a chance of appeal and there is also a chance to sit the examination in November, but university places will have been decided then.

No one comes out of this well, but then it has been an exceptional year and exams have never been cancelled before. Universities, we are told, will be understanding and lenient, and most students will get their place. A place on the course of their choice at their preferred university will hopefully provide a fresh start in the Autumn and a chance to forget about this most unusual of years. However, students will be forever wondering about the validity of their grades, but they were, and will be for evermore, the class of 2020.