Brexiteer Sir Edward Leigh, the long-serving Conservative MP for Gainsborough, suggested on Twitter that England and France should return to the border arrangements they maintained in the late sixteenth century. 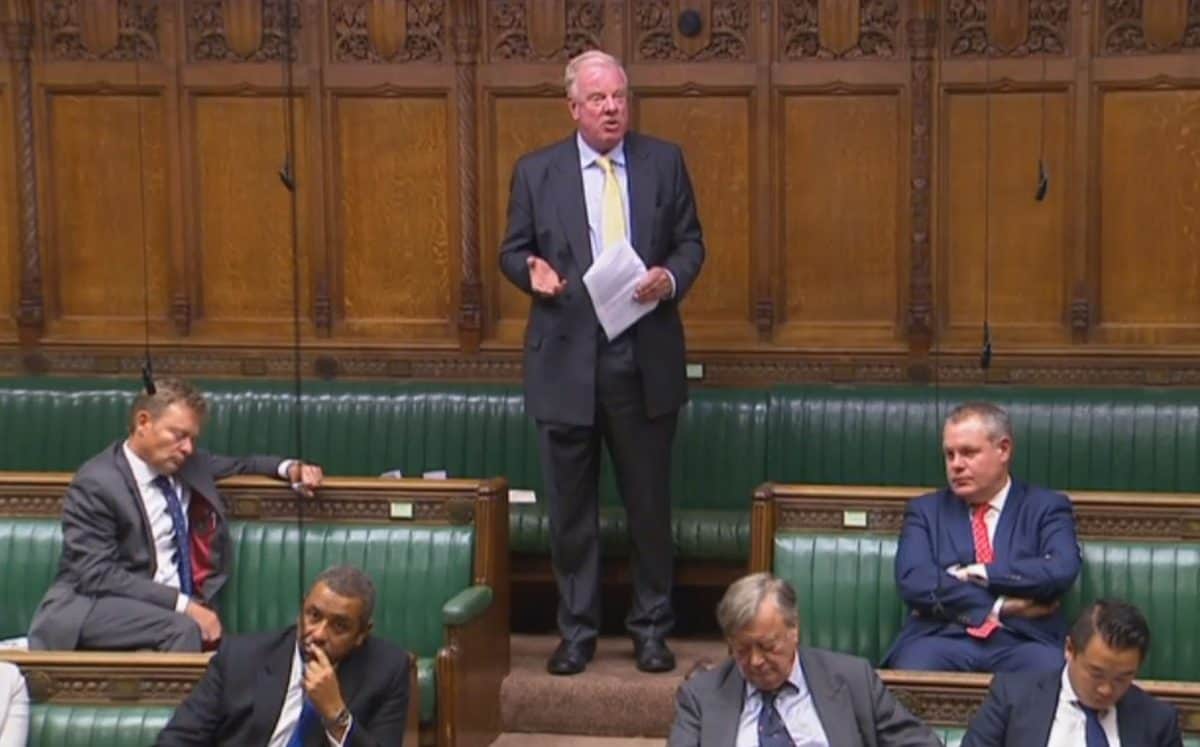 Former minister Sir Edward Leigh speaking in the House of Commons during the second reading of the European Union (Withdrawal) Bill, where he said that Henry VIII "is a bastard, but he's my kind of bastard".

Britain “should never have lost Calais in 1558” – and ought to take it back from France to stop migrants crossing the Channel, according to a Tory MP.

Brexiteer Sir Edward Leigh, the long-serving Conservative MP for Gainsborough, suggested on Twitter that England and France should return to the border arrangements they maintained in the late sixteenth century.

Calais had been ruled by England since 1347, coming into is possession in the Hundred Years’ War, until it was sieged and captured by the French in 1558.

Sir Edward said: “Problem with cross-Channel migrants? We should never have lost Calais in 1558. Why not take it back?”

“On second thoughts, cheaper to pay the French a few million to stop [the migrants] on the beaches,” he added.

Labour’s deputy leader, Angela Rayner, was quick to respond, writing: “I often say some Tory MPs live in the past but 1558?”

Andrew Gwynne MP added:“Why stop at Calais? After all Her Majesty is still Duke of Normandy. These Tories really should aim higher!”

Social media users were quick to pile in with their thoughts…