The two leaders were probably relieved to get back to arguing with each other, as it is a lot easier than with their own parties. Corbyn and May probably have more in common these days then they would ever let on. The anti-semitism issue was raised by May, which Corbyn tackled head on, then, inevitably, […] 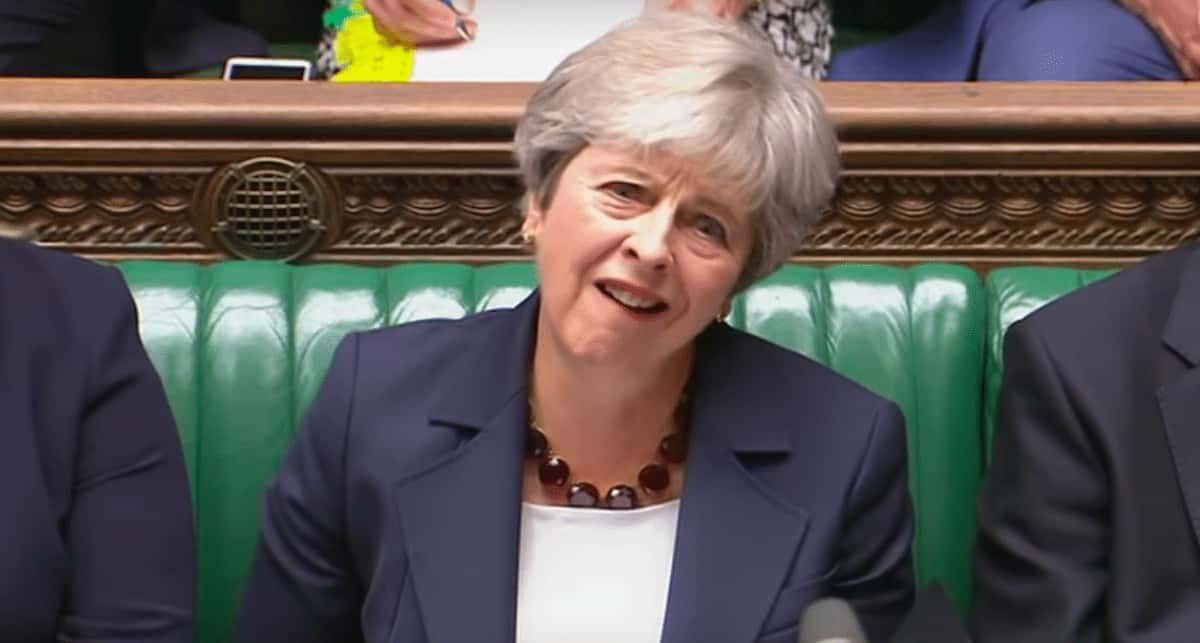 The two leaders were probably relieved to get back to arguing with each other, as it is a lot easier than with their own parties. Corbyn and May probably have more in common these days then they would ever let on.

The anti-semitism issue was raised by May, which Corbyn tackled head on, then, inevitably, the rest of the session focused on Brexit.

Corbyn said that there are rumours a chance of a no-deal Brexit is 60/40. May said she was preparing for all eventualities, so they have published technical notices on how to deal with it. Twenty have been made so far, and there will be 70 in all, she stated.

I imagine they will get increasingly desperate as we edge closer to next March. The title for the 69th one will read “PANIC” (the Hitchhikers guide to the EU), and the 70th is simply the headlined “Oh fuck” with no words inside.

Corbyn carried on the Brexit theme and wondered if May had listened to her Chancellor who said a no-deal Brexit would slash 8 per cent from GDP or the Foreign Secretary who said it was a geo-strategic mistake.

She decided to ignore both and said that the WTO had indicated, “No deal wouldn’t be a walk in the park, but it wouldn’t be the end of the world.” That’s a relief then. The WTO didn’t specify if it would be the end of the UK though, but let’s not get bogged down in the detail…which is what we all want to know.

Details haven’t come easy for Brexit Sec Dominic Raab either. Corbyn told the House that Raab said a no-deal Brexit would create “countervailing opportunities” but never told anyone what they are. One suspects he doesn’t have any more of an idea than you or I. It all feels a bit Rumsfeld’s “Known unknowns.”

The Labour leader then poked fun at May saying she can’t dance around all the issues and that Panasonic had danced off all together, so how many other businesses were planning to do the May shuffle and leave the UK?

The PM said Dyson are investing in UK (James Dyson is huge Brexiteer and has invested even more abroad) as are Bernard Matthews, which I honesty didn’t think existed anymore, and 200 tech jobs have been created in Salford. Any increase in jobs is to be applauded, but it doesn’t come close to the number of high street jobs that have been lost lately.

Corbyn wasn’t letting it go of his Brexit attack, and wondered if May listened to the National Farmers Union who said it would armageddon or the TUC (as if she would listen to them) who said it would be devastating.

Corbyn pointed out that even Raab said there had been some “slippage” and Jeremy wanted to know how the 6th biggest economy in the world has got in this mess. Her Chequers plan was dead, before it had even left her own cabinet, he said. You have a feeling when it finally limps out of Government she will be going with it.

Steve Baker, Con, asked with exit day fast approaching, has the PM got the right team to carry it out. She bragged that she has domestic 6,400 civil servants on Brexit with another 1,800 about to be hired. Over 8,000 public sector servants who could be doing something more productive, if that was Labour they would be labelled the loony left at it again.

Also Ian Blackford, SNP, said May had surpassed her hero Margaret Thatcher and said the Chequers plan was worse than the poll tax.

She said oh oh oh Shut up and dance…