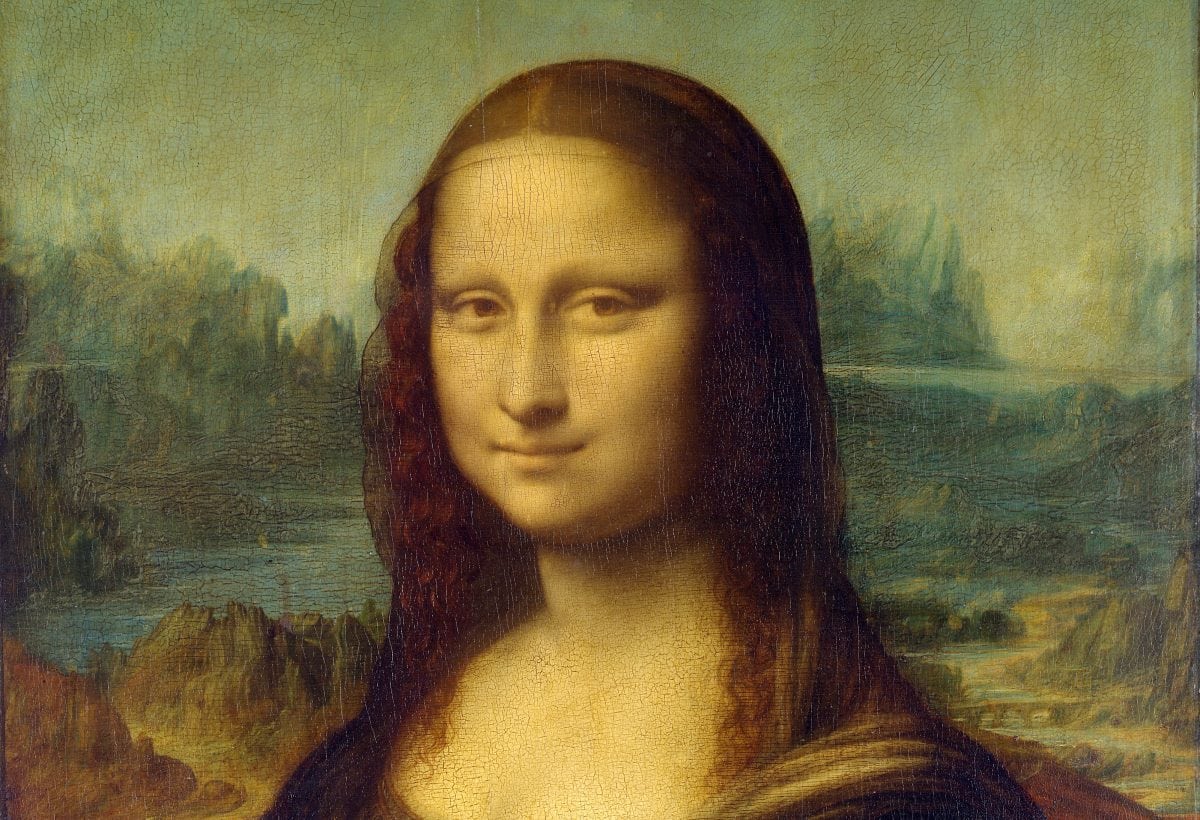 Mona Lisa’s mysterious smile was caused by an under-active thyroid gland, according to new research.

Known as hypothyroidism it can cause swollen hands, thinning hair and a lump in the neck – all visible in the portrait.

It was spurred by not eating enough dairy products, seafood and meat – and her earlier pregnancy.

And the smile may be due to disability caused by muscle weakness, US medics suggested.

Professor of Medicine Dr Mandeep Mehra, medical director of the Heart & Vascular Centre at Brigham and Women’s Hospital in Boston, said: “The enigma of the Mona Lisa can be resolved by a simple medical diagnosis of a hypothyroidism-related illness.

“In many ways, it is the allure of the imperfections of disease that give this masterpiece its mysterious reality and charm.”

Previous examinations of the 16th century masterpiece have suggested she was suffering high cholesterol, heart disease – or even syphilis.

But Prof Mehra and colleague Dr Hilary Campbell of the California University in Santa Barbara said this is not possible owing to the fact she lived to the age of 63.

The limited treatments available at the time would have meant she would have died much younger.

Her hands look swollen and it appears she’s losing her hair. She also has yellowed skin and seems to be a goiter – or lump – in the neck.

Hypothyroidism in which the thyroid gland does not produce enough hormones can cause all these symptoms.

The researchers said: “The iconic portrait of Lisa Gherardini, the enigmatic Mona Lisa, has endured centuries of fascination by artists, scholars, medical professionals, and even thieves.

“The painting suggests a yellowish discolouration of the skin, which is known to occur in hypothyroidism.

“A complete lack of eyebrows or other hair throughout the pale skin further supports this diagnosis, and cascading hair down the side appears coarse in character.

“Curiously, a close look at the neck does insinuate the possible presence of a diffuse enlargement such as a goiter.”

They said swelling in the right hand further supports the theory as this is often noted in advanced stages of hypothyroidism.

The researchers said: “In this circumstance, if Lisa Gherardini was indeed suffering from severe hypothyroidism or its consequences, the mysterious smile may at one level be representative of some psychomotor retardation and muscle weakness leading to a less than fully blossomed smile.”

The condition can be caused by a lack of iodine – found in dairy products, seafood, meat, bread and eggs.

This was a common problem among Italians during the Renaissance. Resulting goiters were commonly depicted in paintings and sculptures.

Eating habits were primarily vegetarian, based on cereals, root vegetables, and legumes, and with little meat, as opposed to dietary patterns in Northern Europe where livestock farming was more developed.

Seafood was uncommon inland and famine was common, because harvest was often scarce, with only 16 full harvest seasons from 1375 to 1791 in the Tuscany region.

The researchers said: “Thus, the diet was one that was often iodine deficient and more importantly, the eating habits promoted the development of goiters.”

They said: “It is possible she suffered from a subclinical presentation of peripartum thyroiditis, with an early manifestation of hyperthyroidism eventually setting into a chronic phase of hypothyroidism.

“This, coupled with the living conditions and iodine-deficient diet of this period in the Florentine region, would have characteristically led to the secondary manifestations of underlying hypothyroidism.”

Lisa Gherardini is thought to have posed for the painting between 1503 and 1506.
Not much is known about her life.

She is believed to have been born in Florence in 1479.

At the age of 16 she became the second wife of a wealthy silk merchant, Francesco del Giocondo, with whom she had five children.

She became a nun after his death and moved into the Sant’Orsola convent, a Franciscan monastery. She stayed there for the last four years of her life.

She is believed to have died in the convent in 1542 and to have been buried near the altar.

The portrait that came to be known as the Mona Lisa now hangs in the Louvre Museum in Paris.

Subsequently, the painting was taken to France in 1516 and adorned the court of King Francis I until its permanent display in the Louvre in 1797.

It’s believed Francesco Del Giocondo commissioned the portrait to celebrate the birth of their child, Andrea, in 1502.