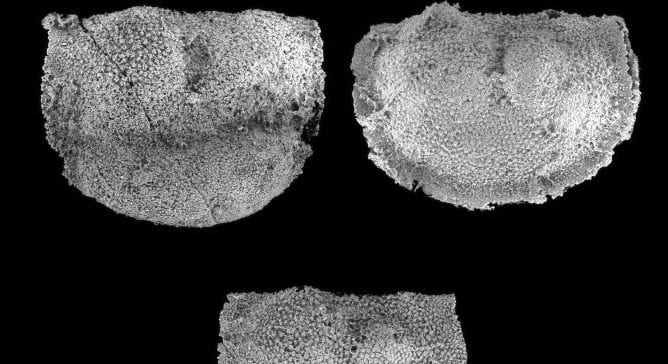 The world’s oldest ‘couple’ has been unveiled by scientists… a male and female shellfish dating back more than 400 million years.

It is apt the current record for the oldest living couple is held by a Japanese husband and wife who have been married for more than 80 years – and are both over 100, they said.

The aquatic animals described in Island Arc are ostracods and have been likened to a minute shrimp that have been around for at least 500 million years. 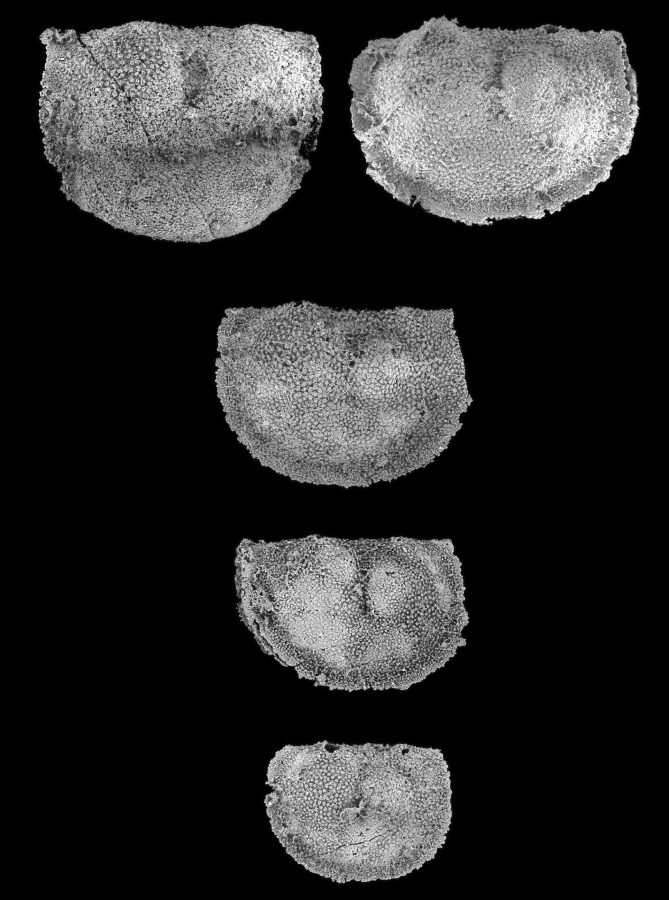 They are still abundant today.

The ‘sea-firefly’ or Umi-hotaru, is the most famous around modern Japan but just one of many different species commonly found in the seas.

Lead author Professor David Siveter, a geologist at the University of Leicester, said: “There is an extensive history of studies on ostracods from Japan and Japanese scientists have made distinguished contributions researching living and microfossil representatives of the group.

“Our team has added to such studies by discovering three new ancient ostracod species which show presumed male and female sexual differences of the shell in tiny fossils, each about a millimetre in size, which were recovered from some of the oldest fossiliferous and intractable rock in Japan.”

He added: “This is an exciting discovery. It extends the known cases of ‘sex’ in fossils from Japan by at least 280 million years.

“It is also a happy coincidence that, as recently reported in the news, the current record for the world’s oldest living couple is held by a Japanese husband and wife, Masao and Miyako Matsumoto, who have a combined age of 208 and were married in 1937.”

Prof Sivete made the discovery with colleagues at Kanazawa University in Japan and Tallinn University, Estonia.

It forms part of a larger research project that is shedding light on the early life forms and geological history of Japan.

It was made in rocks some 423 to 433 million years old, belonging to the Silurian period of geological time, from the Kyushu and Honshu regions of Japan.

It is the first record of ostracods in the area.

To mark the significance of the find the researchers have named one of the new ostracod species Clintiella antifrigga, alluding to the ancient example of sexual dimorphism where two sexes exhibit different characteristics.

The species name ‘antifrigga’ is derived from the Latin words antiquus, meaning ancient, and Frigga, the goddess of marriage.