A change in ice and snow cover and a decline in other prey such as lemmings has lead predators like arctic foxes to target nests instead. 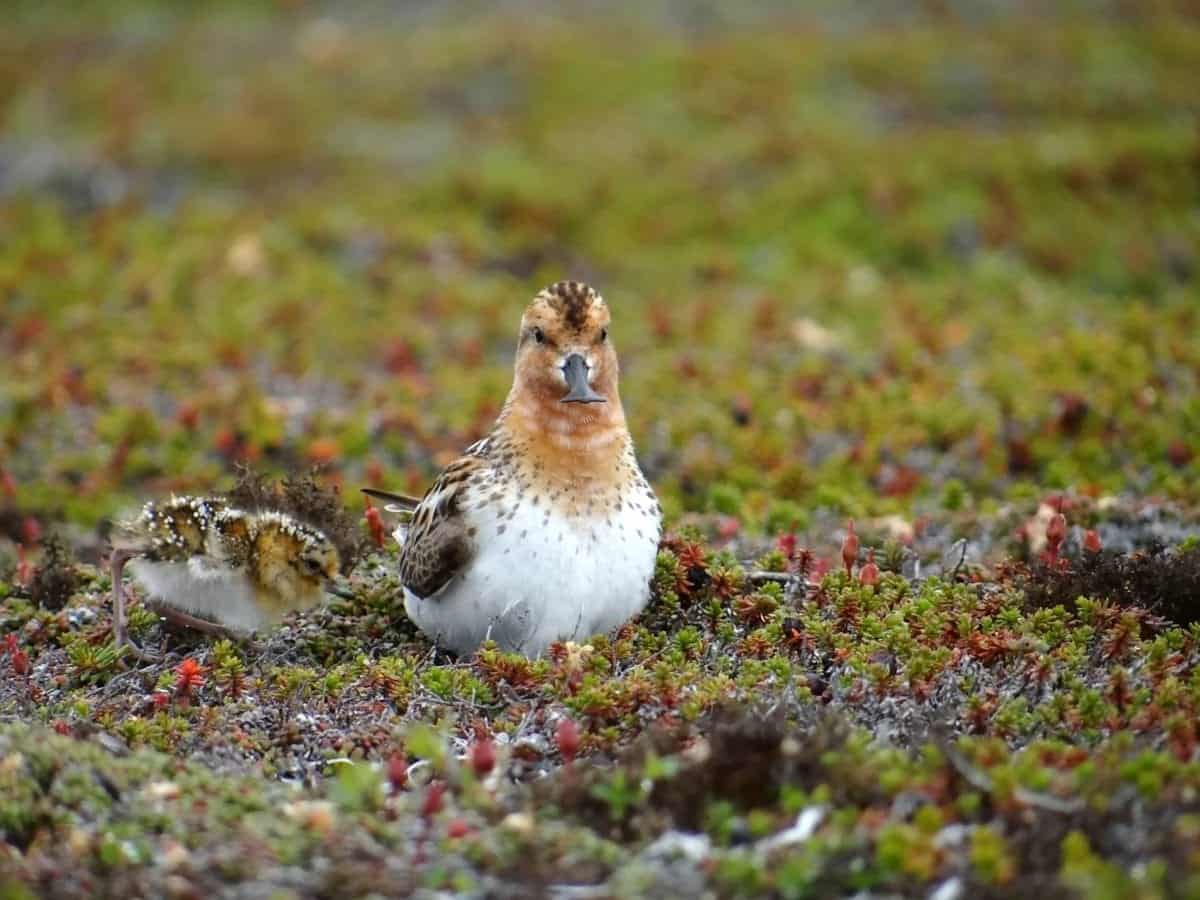 A change in ice and snow cover and a decline in other prey such as lemmings has lead predators like arctic foxes to target nests instead.

The international research team, including scientists from the Universities of Bath and Sheffield, said arctic shorebirds are facing a “double whammy” of fewer babies hatching and a poorer survival of adults.

They say This threatens the existence of birds such as the critically endangered Spoonbill Sandpiper.

Historically, shoreline birds faced a greater threat of nests being raided by predators.

So to escape, shorebirds such as plovers and sandpipers migrate to the Arctic to build nests and raise their young.

To compensate tropical birds live longer and have longer seasonal reproduction so their populations can generally withstand higher nest predation.

But the new research found rates of daily nest predation in the Arctic have increased threefold in the last 70 years.

Rates of daily nest predation in the North Temperate Zone, which includes Europe, most of Asia and North America, have doubled.

Other studies have shown that over the same period, the survival of adult shorebirds has decreased due to habitat deterioration or hunting.

The study, published in the journal Science, analysed population data from 38,191 nests of 111 species in 149 locations across all continents.

The data suggested the marked increase in nest predation in the Arctic and North Temperate Zone, in contrast to a smaller change in the tropics and Southern hemisphere, was linked to climate change.

While unclear it is suspected this could be due to shift in the diet of predators towards eating more eggs instead of other food sources or perhaps change in predator species composition.

For example, lemmings, a key part of the Arctic food web have experienced a crash in numbers due to altered snow cover as a result of increased ambient temperature instability over several decades.

With a lack of lemmings, predators may be searching for alternative prey in bird nests. Changes in vegetation or changes in behaviour or distribution of nest predators such as foxes may also be a factor contributing to the increased predation of shorebird nests.

Professor Tamás Székely, of the Milner Centre for Evolution at the University of Bath, said: “These findings are alarming.

“The Earth is a fragile planet with complex ecosystems, thus changes in predator-prey interactions can lead to cascading effects through the food web with detrimental consequences for many organisms thousands of kilometres away.

“Migration of shorebirds from the Arctic to the tropics is one of the largest movements of biomass in the world.

“But with increased nest predation, the babies are no longer making this journey with their parents.

“This could be the last nail in the coffin for critically endangered species such as the Spoonbill Sandpiper.”

Professor Robert Freckleton, of Sheffield University, said: “What is particularly striking about these results is that it is clear that nest losses to predators have risen really quickly in the Arctic over the past 20 years. “The precise mechanisms are probably quite complex, but overall it looks like changes in climate are playing a leading role in driving such changes both in the Arctic and at a global scale as well.

“This is particularly threatening for this group of birds as large numbers of species are declining anyway – and many have formerly relied on the Arctic to provide relative safe breeding grounds.”

Vojtěch Kubelka, a former PhD student at Bath and now at Charles University in Prague, added: “The Arctic, with recently elevated rates of nest predation, is no longer a safe harbour for breeding birds: on the contrary, the Arctic now represents an extensive ecological trap for migrating shorebirds from a nest predation perspective.”