“It’s not credible he had no knowledge of it and wasn’t aware it was paid in. So why didn’t he immediately raise questions and pay it back?" 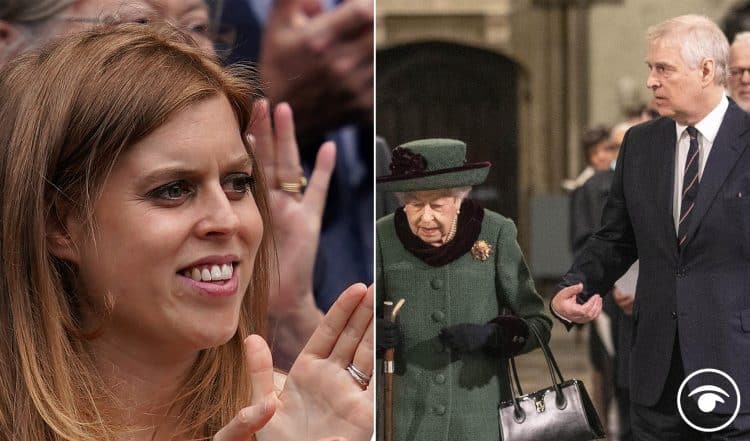 The Duke of York’s daughter Beatrice has featured in evidence given to a judge overseeing a High Court financial dispute between an elderly Turkish woman and a former banker.

Princess Beatrice has been named in an affidavit given by Nebahat Isbilen, who is in her 70s, and has sued Selman Turk, a Turkish businessman based in London.

A judge overseeing the dispute has been told that the Duke of York was allegedly paid £750,000 for “assistance” he provided “in relation” to Mrs Isbilen’s passport.

Both the duke and his ex-wife Sarah have been named in a recent ruling on the case by deputy High Court judge David Halpern.

Mrs Isbilen had needed help moving assets out of Turkey after her husband became a political prisoner, Judge Halpern was told.

Mrs Isbilen alleges he “breached fiduciary obligations he owed to her” and advanced “claims in deceit”.

Mr Turk is fighting the case, which is ongoing and has been heard in London.

A number of preliminary rulings have been published.

The judge said he was told that “substantial sums” were paid to Andrew and to Sarah, Duchess of York.

Mrs Isbilen said police had seized her previous passport and Mr Turk had obtained a new passport for her through connections with Turkish authorities.

“Mr Turk told me that he received help from the Duke of York to show or send the picture of my old passport to Turkey and that this service would normally be worth £2 million, but it would cost less if we made the payment by way of a gift.

“I did not understand the nature of the services received then and have also difficulty of explaining it now.

“I have seen an e-mail from Mr Turk… explaining that this transfer was a wedding gift to Princess Beatrice owing to the close connection between our families.

“This email is entirely false.”

A document outlining Mrs Isbilen’s case said the Duke had subsequently returned the £750,000.

Judge Halpern said, in a ruling, that a lawyer representing Mrs Isbilen told him in an affidavit that information had emerged to show evidence given by Mr Turk was “misleading”.

He said solicitor Jonathan Tickner told him evidence showed “money was used for purposes unconnected with Mrs Isbilen, (for example) substantial sums were paid to Prince Andrew, Duke of York, and to Sarah, Duchess of York”.

Judge Halpern said barrister Dan McCourt Fritz, who is leading Mrs Isbilen’s legal team, told him the “total sums which his client claims were misappropriated” amount to 50 million US dollars (about £38 million).

“Mr Turk has provided explanations for approximately two thirds of these sums, most of which have been allegedly spent on professional or other fees or lost in bad investments,” the judge added in his ruling.

“No explanation at all has been given for the remaining one third.”

“The representation that Mrs Isbilen needed to make a gift to HRH Duke of York in connection with her passport (or for any other purpose) was false, and Mr Turk made it dishonestly, knowing it to be false and intending Mrs Isbilen to rely on it.”

Mr Tickner, head of fraud and commercial disputes at law firm Peters & Peters, told the PA news agency in a statement on Friday that Mrs Isbilen had trusted Mr Turk to help her through “extremely difficult” circumstances.

He added: “The court documents and decisions given in her case to date speak for themselves.”

A spokeswoman for the Duke said: “We are unable to comment on ongoing legal proceedings.”

Graham Smith, the chief executive of Republic, which calls for the dissolution of the monarchy, said Andrew should be clear about why he thought the money had been paid to him. “Quite clearly it raises a lot of questions about what was going on, what the relationship was between this person at Pitch@Palace and Andrew,” he said.

“It’s not credible he had no knowledge of it and wasn’t aware it was paid in. So why didn’t he immediately raise questions and pay it back? He needs to be completely clear and honest about exactly what was going on.”

Banker Stephen Buckland had been instructed to transfer £750,000 into the Duke of York’s Coutts account, and he wanted to check what the money was for.

Before speaking to Andrew’s private secretary Amanda Thirsk at the Palace, he started with a call to Selman Turk – the alleged ‘middleman’ said to have arranged the payment between Mrs Isbilen and the duke.

The Daily Mail obtained a transcript of their discussion on November 14, 2019, in which Mr Buckland told Mr Turk: ‘We just need to feel comfortable given the very unusual nature of the transaction,’ which had been given the reference ‘wedding gift’. Mr Buckland said: ‘What we’re struggling to understand is why it is so large and, also, is it a gift to help with the cost of the wedding or is it a wedding gift to the bride?’

Stephen Buckland (SB): Hi Selman, thanks for calling back

SB: Just had a word with one of my senior colleagues. As I am sure you will appreciate, we just need to feel comfortable given the very unusual nature of the transaction and, also the quantum [amount]

SB: And what we’re struggling to understand is why it is so large and, also, is it a gift to help with the cost of the wedding to the bank account holder or is it a wedding gift to the bride?

SB: Right OK so, it’s not a, so it’s solely for the help with the cost of the wedding and not…

SB: Right, because that’s not what it said in the original instruction

ST: Wedding gift, so basically it’s a gift to the bride…

SB: It’s obviously a very large sum of money which I think anybody would understand, but OK. Did he request that sort of sum or was it a sum which Mrs Isbilen…

ST: No (multiple times), it’s not requested at all, it’s just one-sided, a gift

Amanda Thirsk (AT): Oh right, hello, how are you?

AT: Yes, good thank you

SB: It’s in connection – we are bankers to Mrs Isbilen and this is in reference to a conversation that you might have had with Selman Turk

SB: So, I am sure as you will appreciate, we just need to feel comfortable with the very unusual nature of the transaction and, also the quantum and Selman said that you were happy for me to give you a call

SB: Are you able to confirm if this transfer is to assist with the cost of the wedding, or is it a gift to Princess Beatrice?

AT: I understand it’s a gift for the wedding, a wedding gift

SB: It’s for the wedding, right

AT: Yes exactly, that’s what he’s said to her father

SB: Right OK, so this is a gift for the cost of the wedding or is it a gift to Princess Beatrice?

AT: I mean, I’m not sure it makes much difference, does it? I think it’s a gift for the wedding

SB: It’s a gift for the wedding, OK

AT: What she and her family decide to do with it is really to do with them, isn’t it?

SB: Right, OK. And has the conversation been between Selman and the family, or has it been with Mrs Isbilen?

AT: With Selman I believe

Related: Prince Andrew escorts Queen in and out of Philip’s memorial service