Park managers have described it as a “never-before-seen level of littering.” 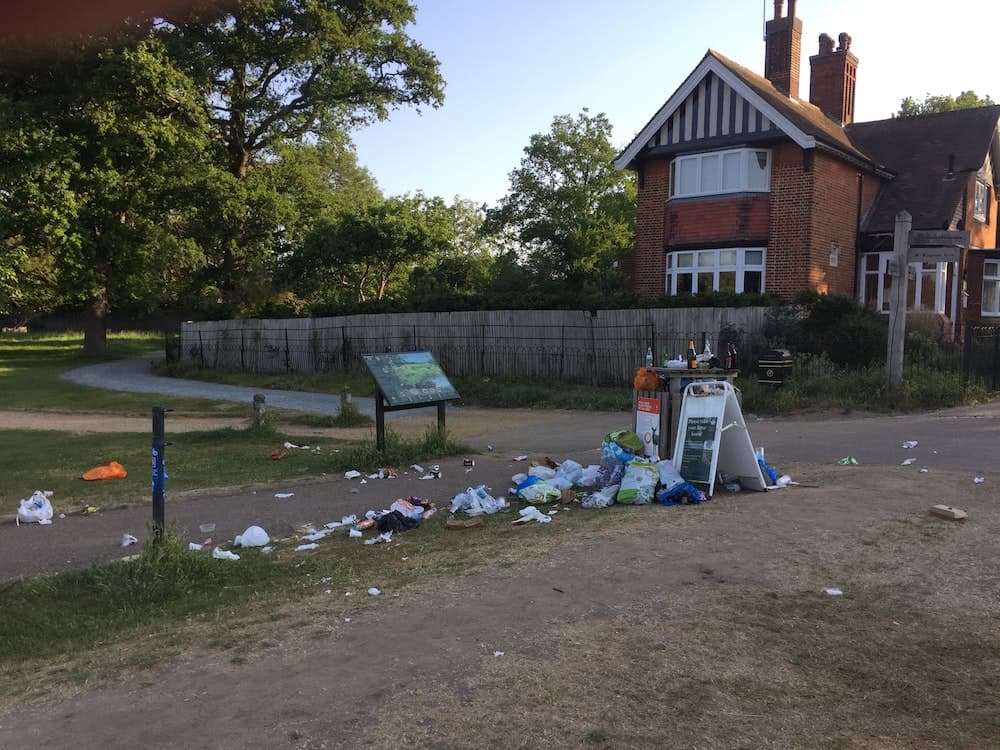 Park users have left the equivalent of 20 double decker busloads of litter across London’s Royal Parks over just one month of lockdown.

The Royal Parks said 62 extra tonnes of rubbish were left in their eight parks in June compared with the same month last year – an increase of one third.

Litter pickers spent more than 11,000 hours collecting more than 250 tonnes of rubbish in June – the equivalent weight of 20 London buses.

Park managers have described it as a “never-before-seen level of littering”, with their staff finding a Christmas tree fly-tipped in Kensington Gardens, along with other items such as office furniture, pizza boxes, glass bottles and personal protective equipment (PPE).

Meanwhile St James’ Park, The Green Park and The Regent’s Park have seen a comparatively smaller decline in rubbish tipped due to a decrease in tourism and office workers in the surrounding areas.

This comes despite The Royal Parks providing more bins as crowds flocked to their green spaces over lockdown, and staff starting their picks from 5am.

The charity warned that animals can die after ingesting discarded items, and plastic waste can get worked into the ground and blown into waterways.

Tom Jarvis, director of parks at The Royal Parks, said the charity is launching social media campaign #BeKindtoYourParks to encourage visitors to enjoy the parks while respecting the environment and considering others by using the bins.

Mr Jarvis said it has been “truly fantastic” to see more people enjoying the parks over lockdown to keep fit and spend time with friends and family, but fears “the worst is yet to come” for littering with warmer weather on the way.

Look after the environment

“We’ve had lots of really nice messages from people thanking us for keeping the parks open and telling us how the parks have been a lifeline for them, particularly for those without gardens,” he said.

“But the downside is the litter. We’ve never seen anything like this before.

“Every day we wake up to unprecedented levels of litter, with PPE, pizza boxes, plastic bags and picnic scraps strewn all over the grass.”

He added: “We’re asking everyone who visits the parks for a bit of help to spread some kindness this summer and help us look after the environment.

“Binning litter or taking it home will keep the parks beautiful places for everyone to enjoy – and will help ensure that our incredible wildlife continues to thrive and stay safe.”