At least 66 others survived with injuries, and 50 were taken to hospital in Almaty. 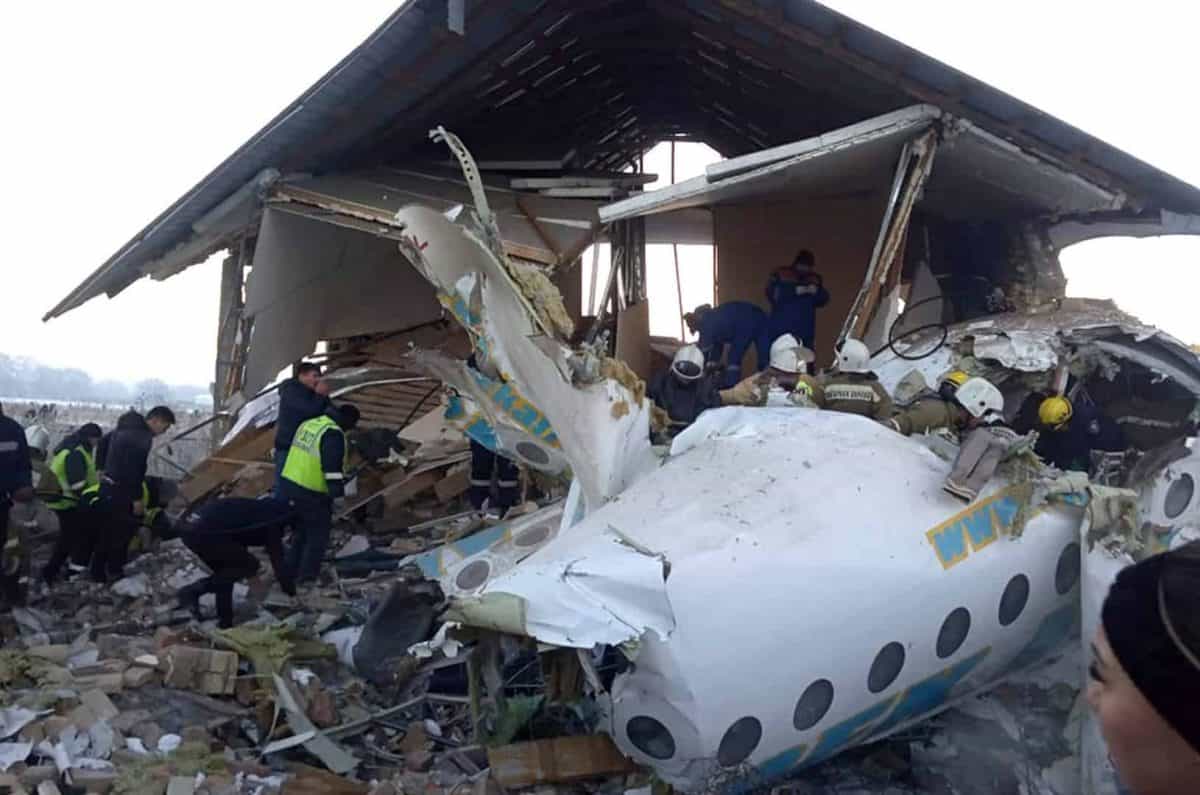 A Kazakh plane with 98 people aboard has crashed shortly after take-off, killing at least 15 people, officials in Almaty said.

At least 66 others survived with injuries, and 50 were taken to hospital.

The Bek Air aircraft hit a concrete fence and a two-storey building after take-off from Almaty International Airport.

In a statement on its Facebook page, the airport said there was no fire and a rescue operation got under way immediately following the crash.

Around 1,000 people were working at the snow-covered site of the crash. The weather in Almaty was clear, with mild sub-zero temperatures.

Footage showed the front of the broken-up fuselage rammed a house, and the rear of the plane lying in the field next to the airport.

The plane was flying to Nur-Sultan, the country’s capital formerly known as Astana.

It was identified as a Fokker-100, a medium-sized, twin-turbofan jet airliner. The company manufacturing the aircraft went bankrupt in 1996 and the production of the Fokker-100 stopped the following year.

All Bek Air and Fokker-100 flights in Kazakhstan have been suspended pending the investigation of the crash, the country’s authorities said.