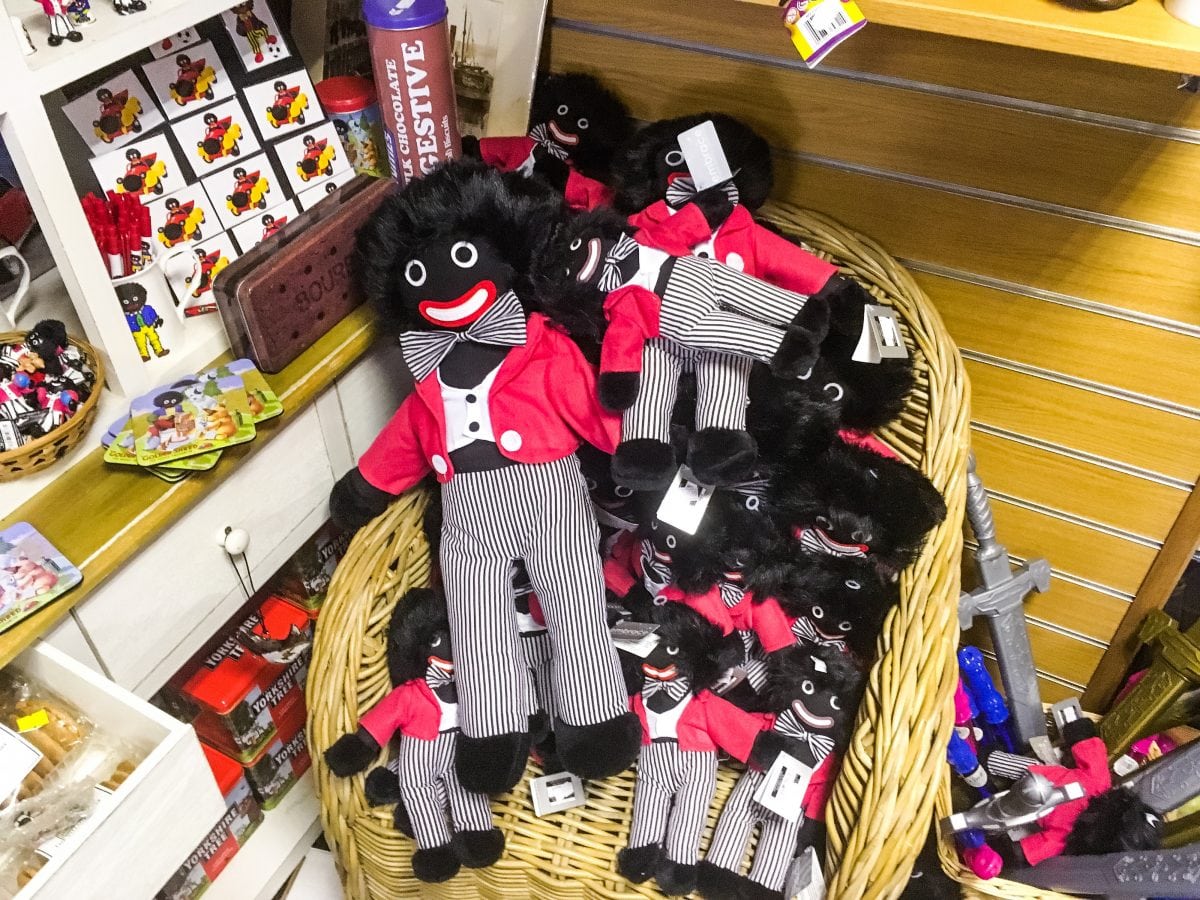 A shop in the village made famous by hit TV soap Heartbeat has come under fire for selling golliwogs – despite re-branding them ‘Jolly Gollies’.

Visitors to The Village Store and Gift Centre in Goathland, North Yorks., have been left shocked after the village’s gift shop boasts the ‘racist’ doll from their shop window.

But after a staff member was asked why they still sold the black-faced dolls, they remarkably replied: “They’re called Jolly Gollies now so it’s ok.”

One visitor to the village, which is also famous for filming Harry Potter scenes, said the Golliwog items were ‘outdated’ – and in 2018 were ‘blatantly racist’.

Helen Foster, 49, from Whitby, East Yorks., said: “For me personally I wouldn’t buy or sell those dolls.

“They have negative connotations of racism and in this day and age are blatantly seen as being racist. 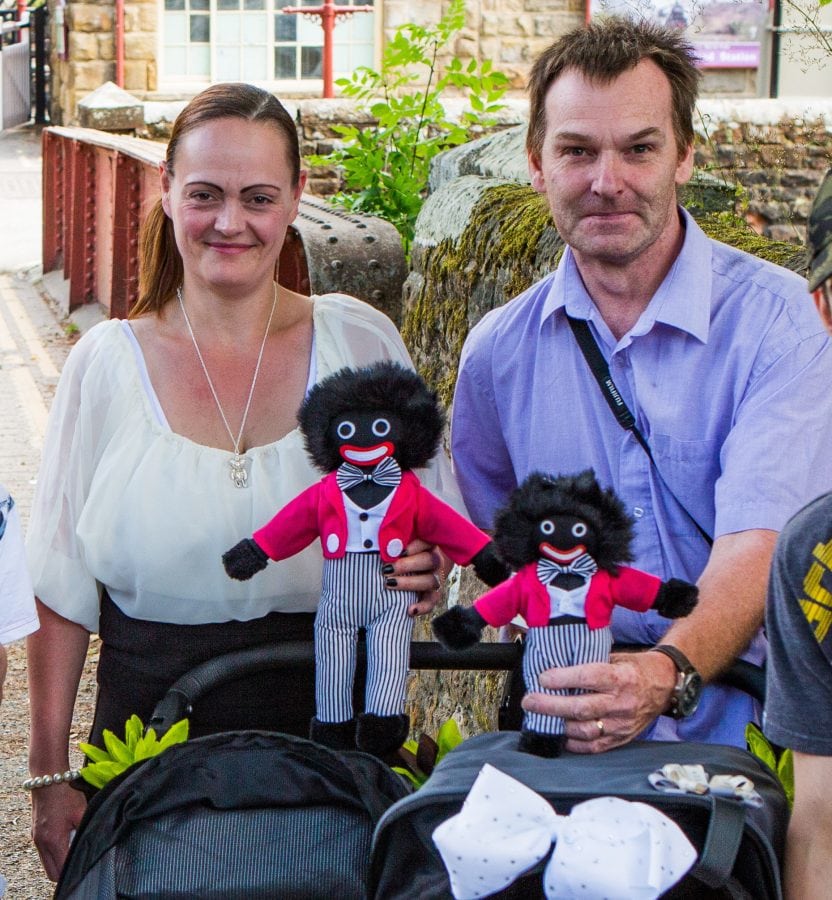 “Goathland is like the land that time forgot – but that is no excuse because they are hideous.

“I noticed them in the shop window a few years back but didn’t know they still sold them.

“I mean, like I said Goathland is like the place that time forgot, but it’s 2018 now and they are seen as racist. 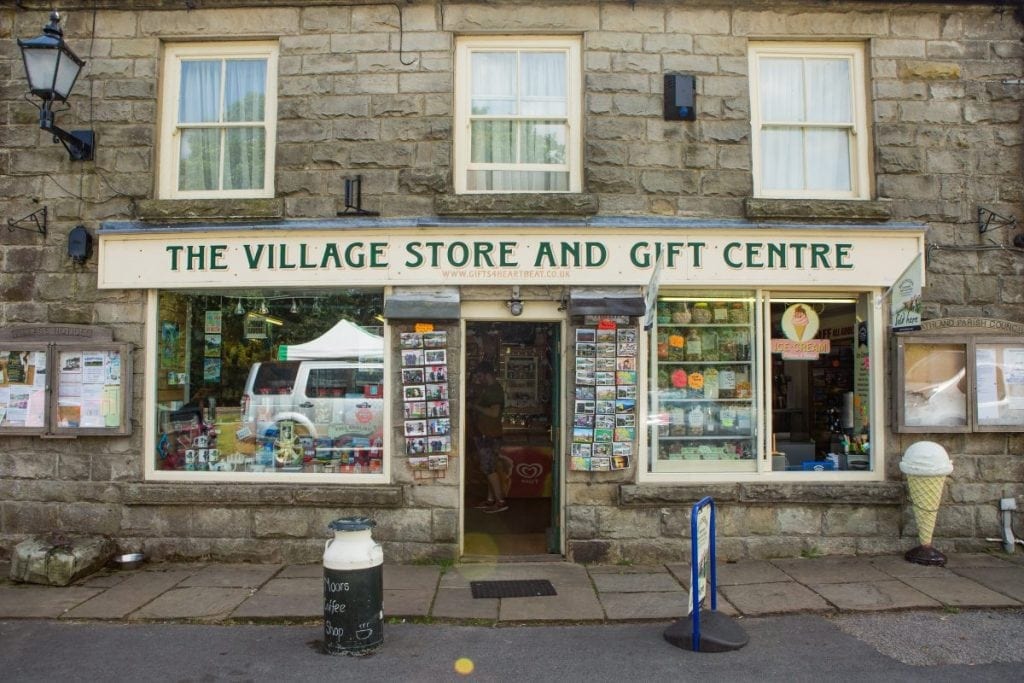 “I guess not a lot of young people, or a small ethnic minority groups, come here, but I can imagine it being a shock to most.”

Mum-of-two Mrs Foster added: “By changing the name, the people who make the dolls know they were in the wrong.” 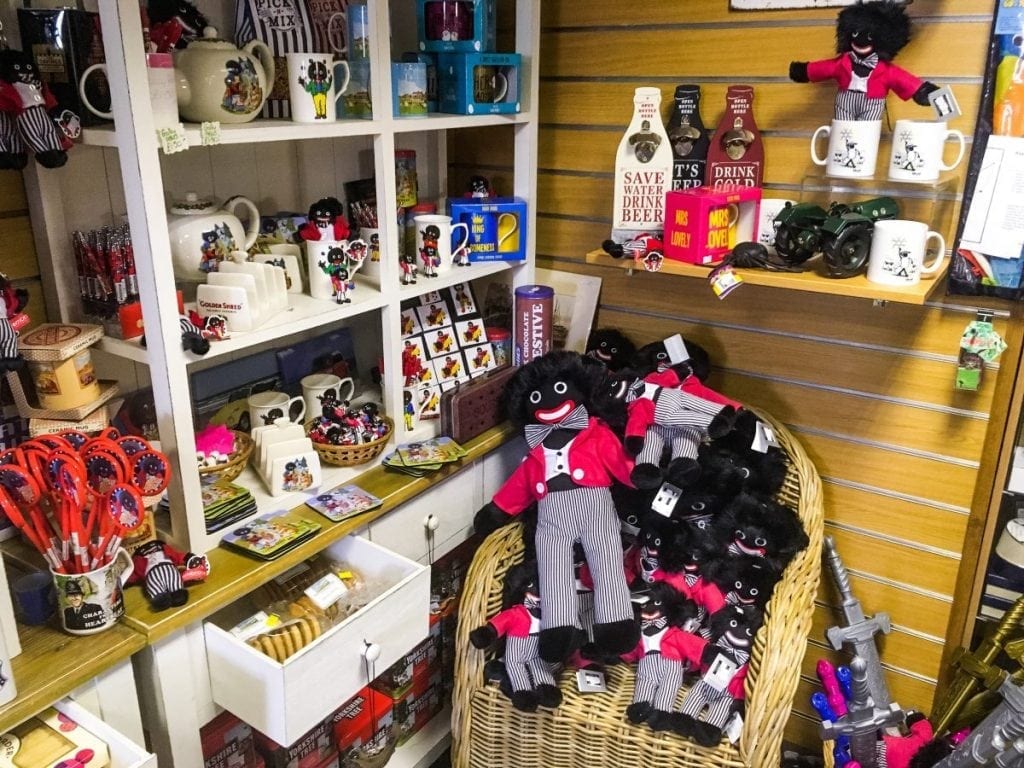 The doll, which quickly became a negative and demeaning icon in the late 90s, was even lauded as being ‘fine’ by a family who even purchased one of them.

He purchased a £14.99 large doll and gave it to his youngest son during a family day out to the quaint village.

He said: “My wife Claire used to collect them as a child on the jam pots.- everyone did.

“We grew up with them around the breakfast table – I’m not shocked to see them here.” 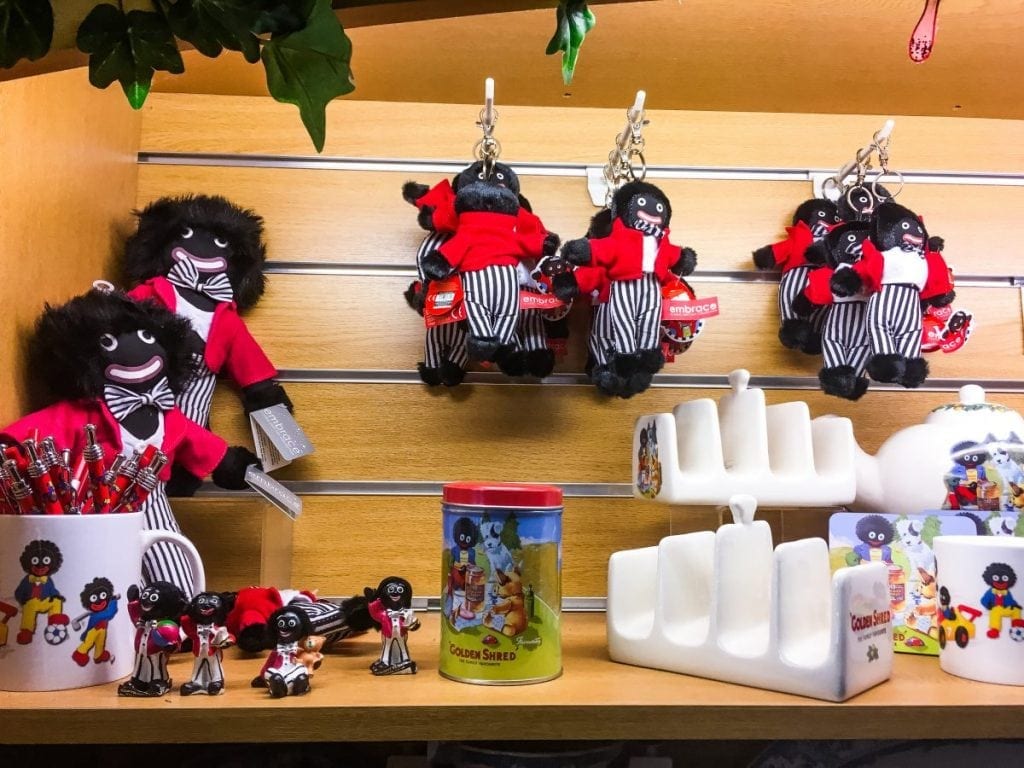 However, just last week Show Racism the Red Card slammed a RSPCA-affiliated charity shop for selling the golliwog dolls in their window.

The organisation says the dolls’ large lips, frizzy black hair and traditional minstrel attire are the product of a ‘racist sentiment’.

A Show Racism the Red Card spokesman said: ‘The dolls have unfortunately been used as a racist caricature of black people since then.’

The charity’s spokesman added: “The sale of these dolls perpetuate racism as they hark back to a time when the mockery and stereotyping of black people was considered a social norm.

“We urge the public to refrain from buying such overtly racist items and we hope the shop selling the dolls would consider taking them out of the store as one cannot profit on the oppression of an entire community. 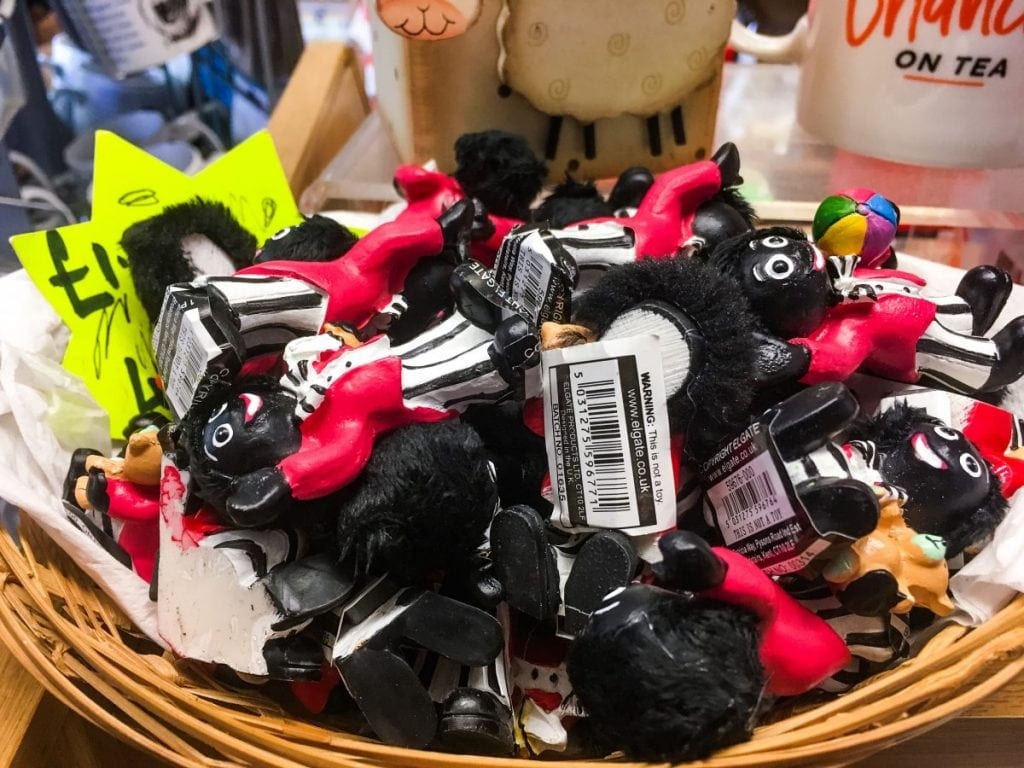 “In a multicultural and ethnically diverse Britain, such items no longer have a place.”

Some rare versions of the dolls can sell for up to £300 from online vendors and were created by English cartoonist Florence Upton in 1895.

Robertson’s jam picked up on the version of the ‘Golly’ to make them their mascot in 1910 after seeing children playing with the golliwog dolls.

The ‘wog’ part of the of the name was initially used as a slang racist term during the Second World War to describe black, or mixed-raced fighters.

As the 1980s rolled in, the dolls and Golliwog were seen as a derogatory term for black people.

Robertson’s jam was forced to cut ties with the mascot in 2001 following an uprising of the connotations the golliwog had on communities across Britain, and globally.

The dolls recently changed branding from Golliwogs to Jolly Gollies.

Tory MP for the area Robert Goodwill refused two opportunities to reply to questions about the Golliwogs being sold in the iconic 60s town.

A pair of husband and wife prospective MPs Bill and Star Etheridge were even booted out of the Tory party after posing with the dolls on Facebook in 2011.

The company Embrace who manufacture the dolls and Elgate who own the copyright for the products have both been contacted for comment.

The village shop and tea rooms has also been contacted for further comment.