Ruby Walters has now received a bravery award for making the emergency call when her mum, Faye Walters, 24, became unwell at their Stafford home on June 7. 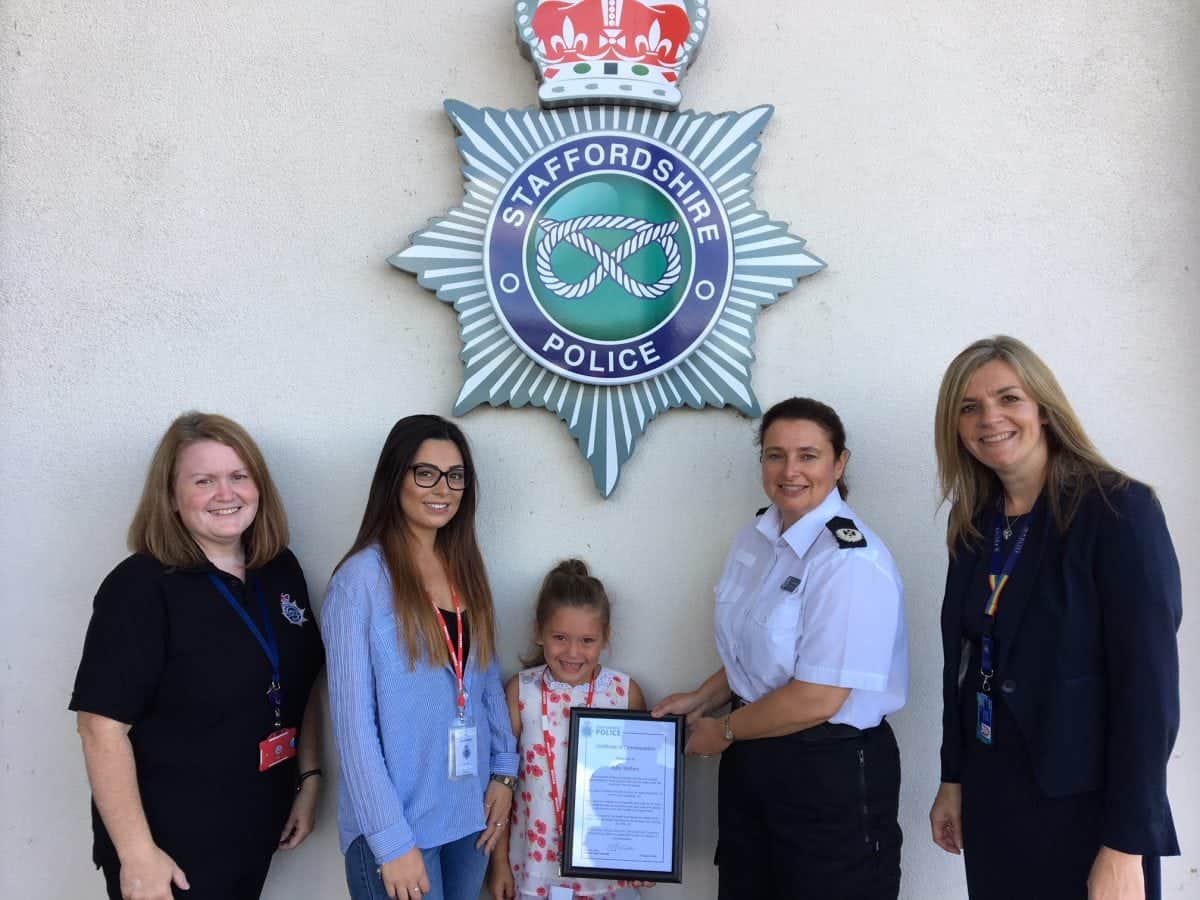 A quick-thinking six-year-old girl has been given a bravery award after she saved the life of her mum by dialling 999 when she collapsed at home.

Little Ruby Walters managed to stay calm when she found mum Faye unconscious on the floor after she became unwell on June 7.

Incredibly, the youngster used her mum’s thumbprint to unlock her mobile so she could make the emergency call.

Adorable audio footage released by police captured the moment she told operators she could still feel her mother breathing and see her tummy moving up and down.

On Friday (3/8) she received a Certificate of Commendation from Staffordshire Police after her heroic actions.

Mum Faye, 24, from Stafford, said: “I’m really proud of Ruby and I’ll never forget what she did for me.

“I’ve been teaching her how to call 999 since a young age but I never thought she would have to put it into practice.

“I’ve actually got thumbprint security on my phone, and when I was unconscious, she held my hand up and pressed my thumb to the mobile to unlock it.”

Today (Sat) Staffordshire Police released clip of her making the call to 999 when she spoke to call handler Anni Sant.

At the force’s headquarters Ruby got to meet Anni, enjoyed a demonstration by the Dog Support Unit and received a goody bag for her efforts.

Anni said: “This is one of those calls that you dread taking but Ruby was a little superstar. 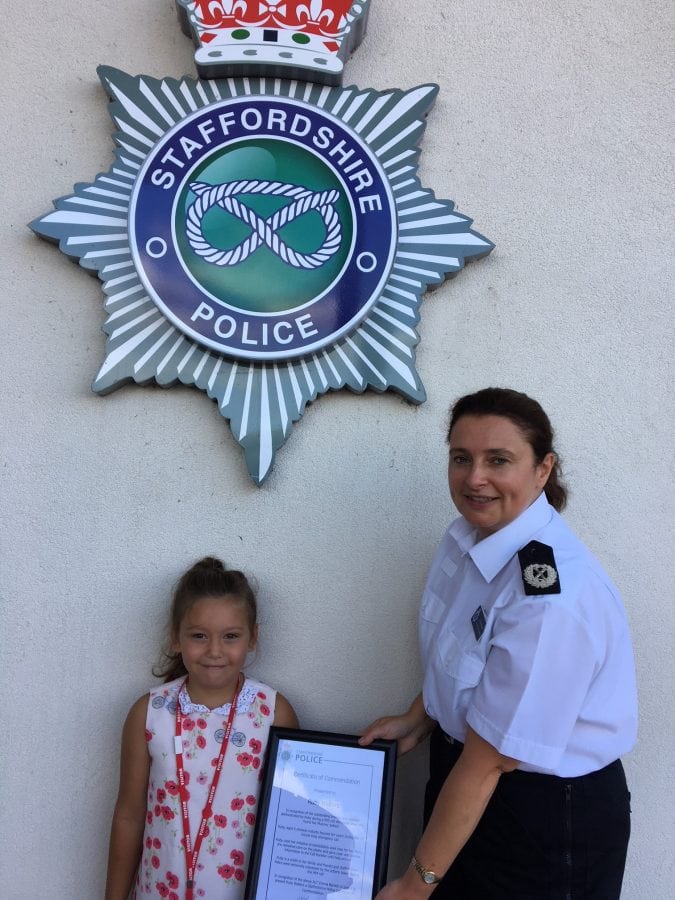 “She remained calm throughout and answered all of my questions helping me to get the help she and her mother needed.

“I was so impressed by Ruby’s actions that I felt she needed recognition for her bravery and if we can educate more parents and children in the process about the importance of knowing how to ask for help then even better.”

Assistant Chief Constable Barnett, who presented the award, said: “Ruby demonstrated outstanding bravery and courage during the 999 call she made when she found her mum ‘asleep’ and she showed maturity beyond her years during the ten minute long emergency call.

“Ruby used her initiative to immediately seek help for her mum, and she remained calm on the phone and gave clear and precise information to the call handler until help arrived.

“Ruby is a credit to her family and friends and we are extremely impressed by the actions taken during the 999 call.”

Anni: “Is anyone else in the house Ruby or just you and mummy?”

Anni: “Is her tummy going up and down?”

Anni: “Has she said anything else to you?”

Anni: “Can you go and open the front door for the police officer?”

Anni: “Yes sweetheart they are just outside the front door.”