Footage shows Liam Hunt's killers fleeing the scene, burying a knife in a planter and reenacting the attack inside the fast food chain 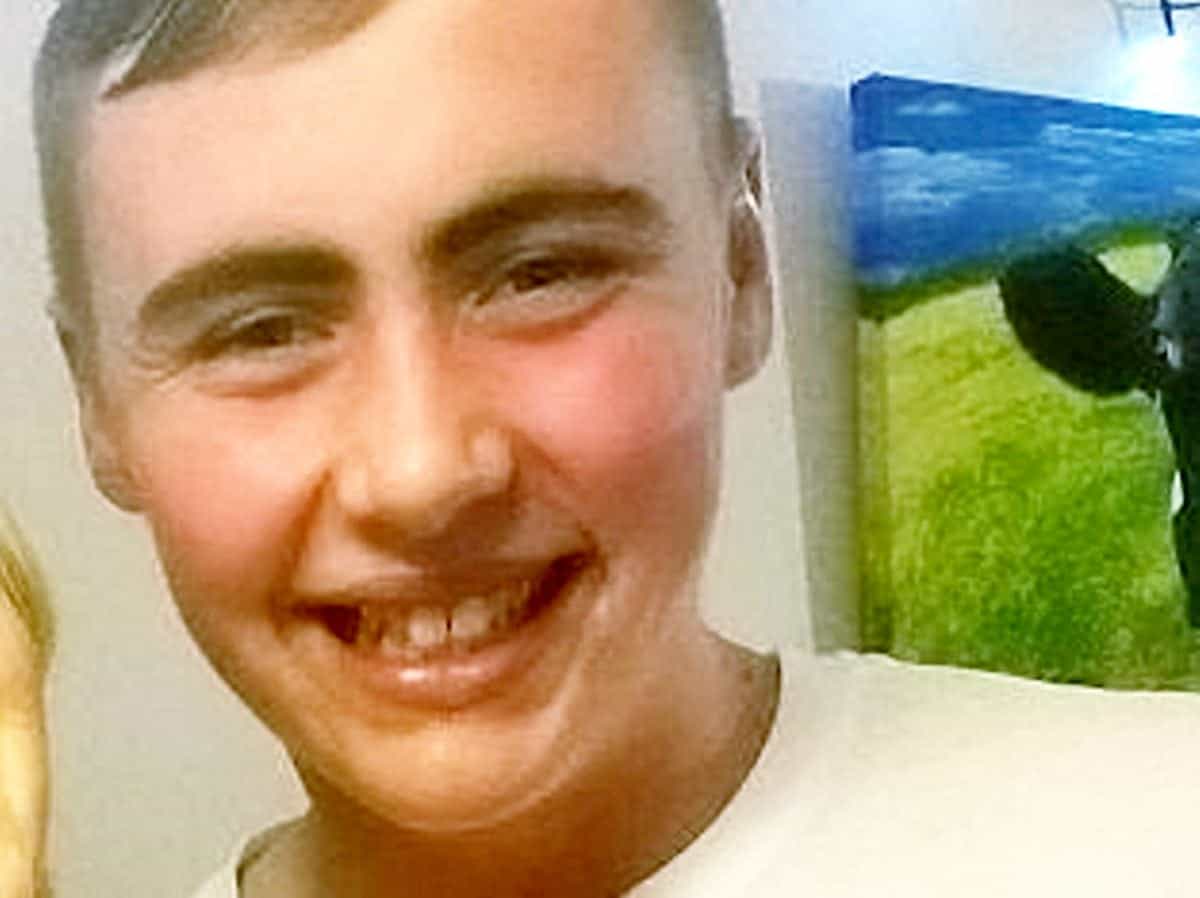 Chilling CCTV shows a gang of killers laughing and joking in a McDonald’s restaurant just minutes after the fatal stabbing of a teenage boy.

Liam Hunt, 17, was brutally knifed four times and left to die in a pool of blood in an alleyway after being attacked by a group of young thugs on February 14 last year.

A court heard the youngster suffered a seven centimetre deep wound from being stabbed in the neck in St George’s Street in Northampton and later died in hospital.

Last week five men were convicted for their part in the youngster’s death at Northampton Crown Court and will be sentenced at a later date. 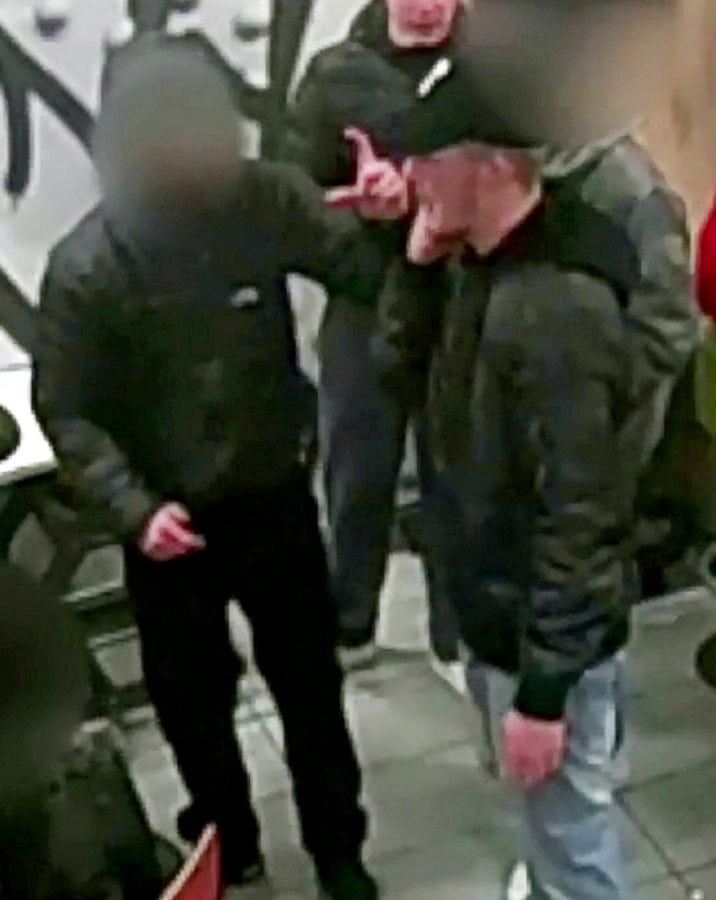 Following the case, police released shocking CCTV showing the moments leading up to and after Liam’s death.

Footage shows the thugs fleeing from the scene of the attack, burying a knife in a planter and even gleefully re-enacting the attack in the fast food restaurant.

One 17-year-old, who cannot be named, can be seen graphically gesturing to his neck.
as he mimics the attack on Liam. 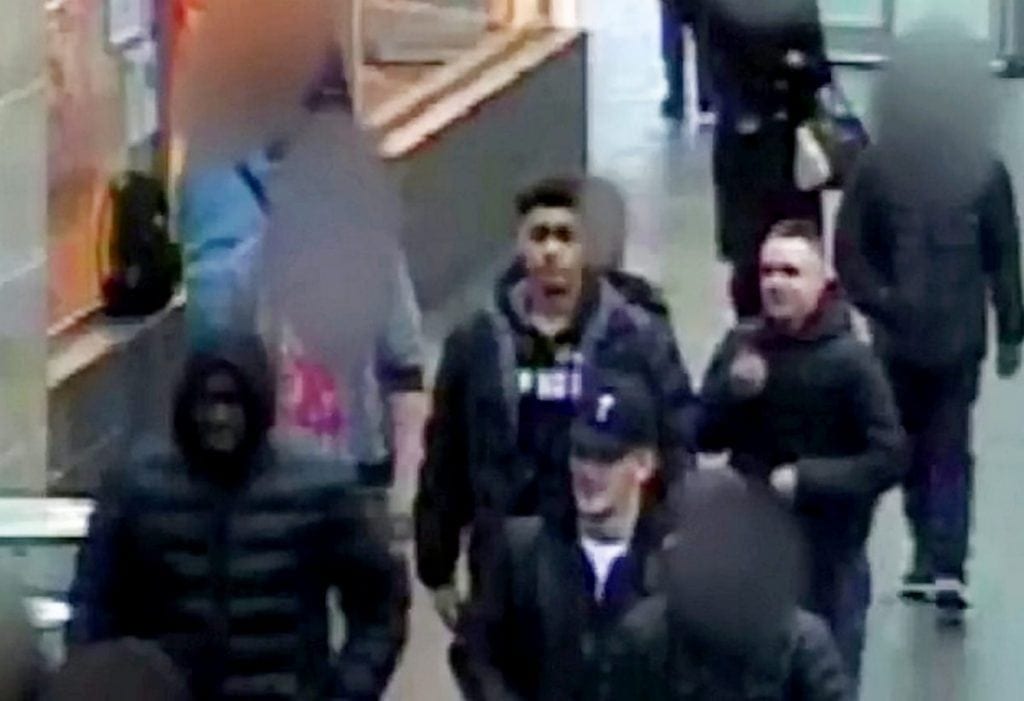 Lee Warren, 18, of Northampton, Aaron Joseph, 21, of Waltham Forest, London, and a 17-year-old boy, who cannot be named, were all found guilty of manslaughter.

On the day of the killing, the gang left the McDonald’s in the Drapery, Northampton, and headed to St George’s Street where Liam was smoking with his friends.

The fatal attack was not caught on camera but the group were caught sprinting from the scene.

A court heard Allaban-Hamilton stabbed Liam with such force his hand slipped onto the blade and inflicted a fatal seven-centimetre wound. 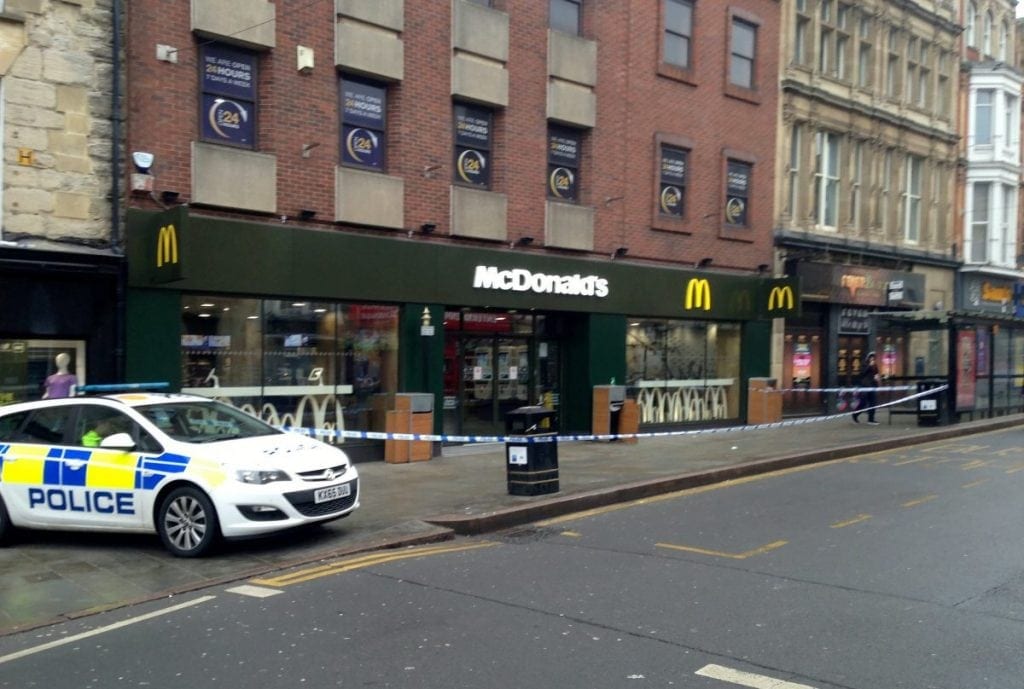 Joseph was accused of stabbing Liam in the leg and witnesses heard him shouting “where’s my t’ing, where’s my shank” in the attack.

Warren – who threw a brick during the fight – phoned witnesses from prison and told them to change their stories to lessen his involvement.

Wright was caught burying a knife in a planter as he and Allaban-Hamilton fled before the gang then regrouped in the same McDonald’s.

Senior Investigation Officer Detective Inspector Phil Mills, of Northamptonshire Police, said: “Liam was a young man, just 17-years-old, with his whole future ahead of him.

“Not only did he lose his life in a senseless attack, his murder has caused pain and suffering to his family and friends from which they will never fully recover.”