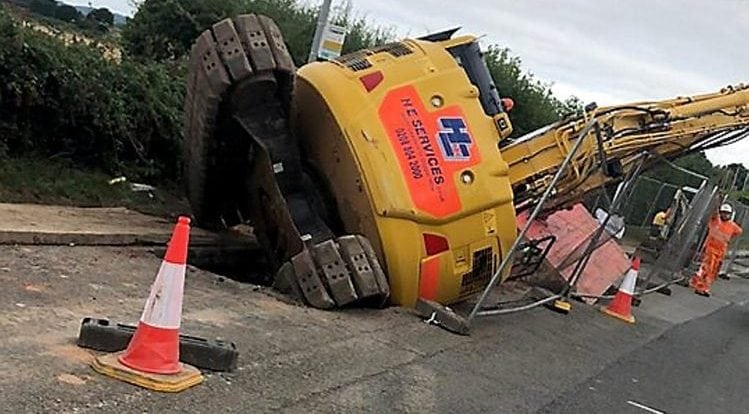 A bungling workman caused traffic chaos after accidentally driving his digger into a large hole at a set of roadworks.

The hapless driver was left red-faced when the vehicle ended up obstructing the road leading to its closure for several hours.

It is believed he had been working on retrieving a trench box for a water company when he inadvertently pressed the wrong pedal and plunged into the gap.

His blunder caused tailbacks for four hours on Three Elms Road, in Hereford, on Wednesday afternoon (15/8), according to disgruntled motorists.

Daniel Wilde, 27, a builder, from Hereford, was driving past the scene at around 11.45am.

He said: “I couldn’t believe my eyes, I thought ‘how has he managed that’?

“I work as a builder myself so I think what has happened is that he was trying to pull a trench box out of the hole and his feet must have been resting on the pedals. 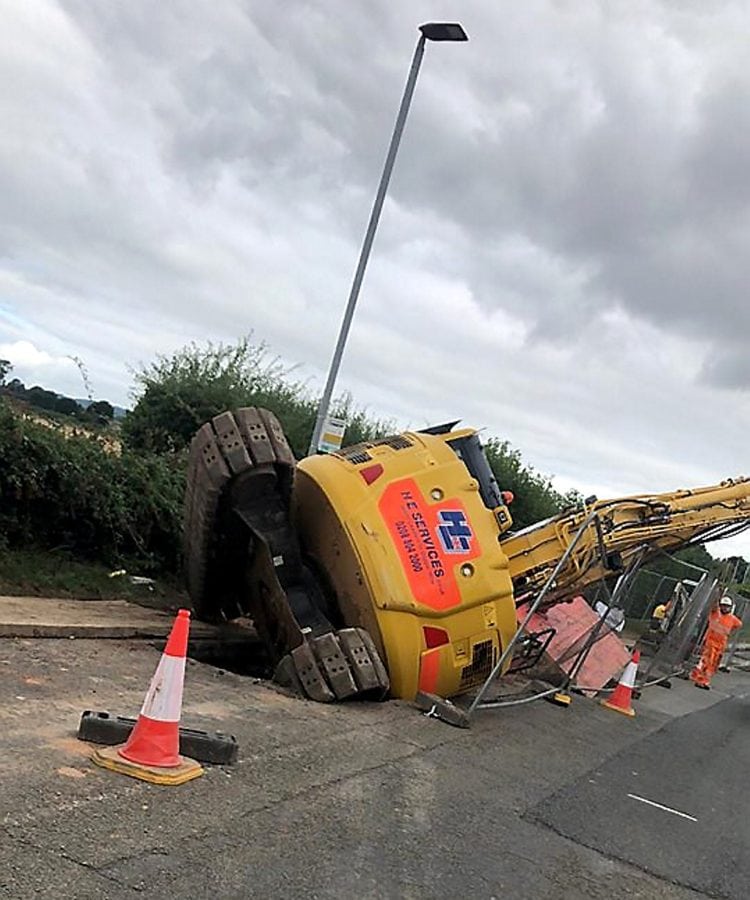 “He must have got his feet tangled up or something like that and he pressed the wrong pedal, going forward instead of backwards.

“He’s gone straight Into the trench and the arm of the digger was blocking the road, so it was closed for about four hours. Health and safety would have been all over it.

“I bet he got a bit of stick for it but there was a lot of unhappy motorists. It was chaos around there as they closed the whole street.”

Balfour Beatty Living Places for Herefordshire Council said the road was closed to enable recovery of a digger fallen into Welsh Water roadworks.