Krystal Ashley, 30, says she and Rayi Khan have a “modern day Romeo and Juliet” romance after getting together despite their different backgrounds 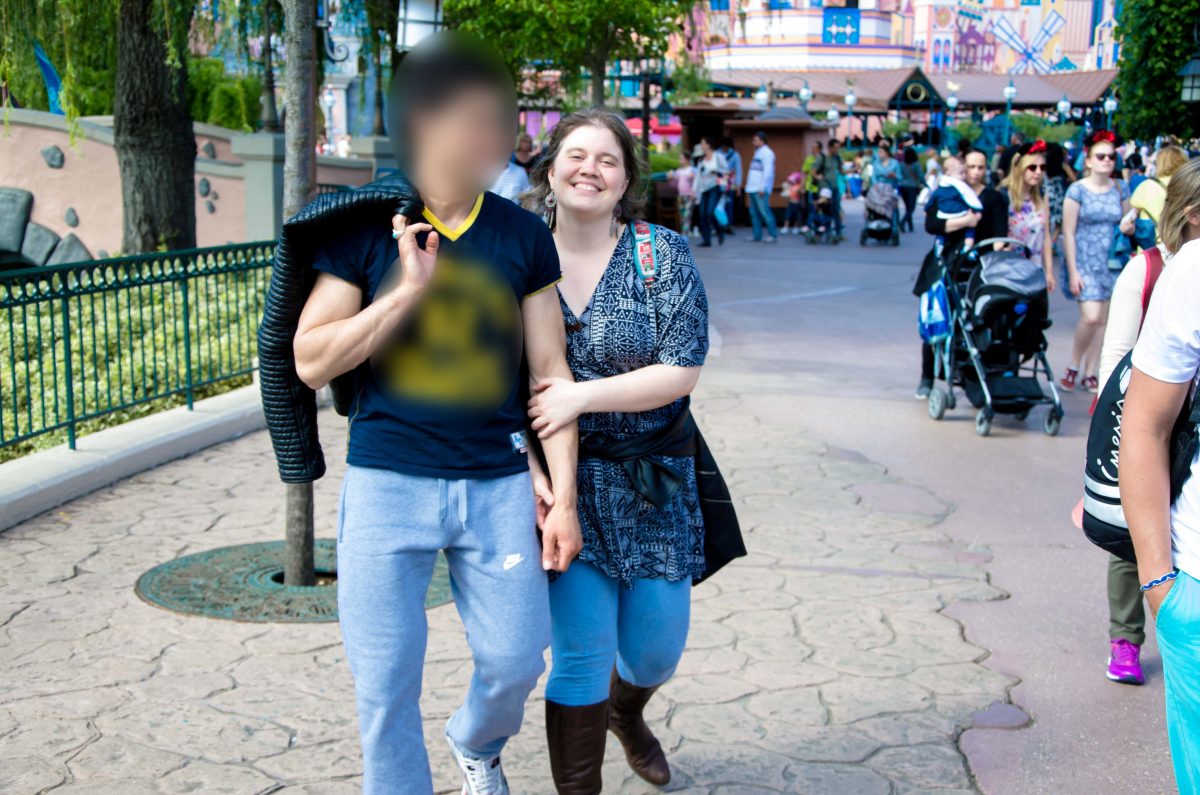 An American woman who says she used to “hate Muslims” has told how she fell in love with an Afghan refugee.

Krystal Ashley, 30, says she and Rayi Khan are living a “modern day Romeo and Juliet” romance after starting a relationship in spite of their contrasting backgrounds.

Teaching assistant Krystal was raised in a conservative family and admits she was intolerant of Islam following 9/11.

Meanwhile Rayi, 31, is a Muslim who fled Kabul for Paris to escape the Taliban and has a wife in his home country following an arranged marriage when he was 16.

The pair’s unlikely romance began in July 2016 when they met through friends during a soccer match in Paris, where Krystal was volunteering with a Christian non-profit.

They kept their relationship secret at first and Rayi still hasn’t told his family because they are unlikely to accept his new girlfriend.

Krystal, from King and Queen County in Virginia, said Rayi being married was an issue for her at first but she has accepted the fact because the marriage is null in France. She said the relationship has challenged her to become more open-minded.

The English tutor said: “Not at all in my wildest dreams did I expect that I was going to fall in love with someone from Afghanistan.

“I had grown up in a very conservative home, and after 9/11 I jumped on the anti-Muslim bandwagon that was going on in the States.

“I really hated Muslim people for a really long time, but I became a lot more educated on the subject and my opinions now are completely different.

“My opinion started to change even while I was still in the States because I had taken a college class on world religion, and by the time I met my partner I was already pretty open.

“My first impression of Rayi was just that he was super soft spoken and he just seemed super super gentle and kind, and I did find that kind of surprising.

“When we started dating it was really weird and every time I would meet him, it felt like there should be cameras and we should be in a movie.

“I was dating this guy and he was married and it was forbidden. “I tried to keep it a secret from everyone I knew because most of the people I knew were very conservative Christian so it was quite the scandal.

“On the other hand, his family basically would never accept me.

“Also, our nations, America and Afghanistan, have been at war for a long time and his people have a lot of hard feelings against the American government.

Krystal moved to Paris in 2012 to work as a teaching assistant and began volunteering in the midst of the refugee crisis in December 2015.

Rayi fled Afghanistan in 2012 and spent time in Bulgaria before moving to France in 2014, where he has refugee status and was granted temporary residency. He said both his parents were murdered by the Taliban and the Islamic fundamentalist group had threatened him because he worked for an American contractor building warehouses.

Krystal said: “When we talked about it it made me cry. It’s just so hard to fathom that someone can live through so much violence and come out and are still a good person.

“He has got this soft, gentle spirit.

“It is heartbreaking for me to imagine him going through so much. It made me cry when he told me.”

Rayi, who does not wish to include his real name for security reasons, added: “I had a good life in Afghanistan.

“I had a big house and two cars, I had a good job working for the Americans with money for me and my family.

“But I had so many problems with the Taliban and the government, I had to leave everything.

“The best part about being with Krystal is having someone close to me that I can trust.

“Before, I spent so much time alone, going in the Metro every day. I just listened to music to pass the time.

“Even when I was with my friends I wasn’t really there, I was feeling unhappy.

“Now I know I have someone to come home to, and I don’t have to sleep alone at night.”

The loved-up pair admit they have encountered some cultural roadblocks, but Krystal said they are both open-minded so have free discussions about their beliefs.

“Culturally we have very different upbringings but luckily he is really moderate and open compared with other people from his culture, probably.

“I’m also very flexible, and I have done most of the compromising. “In Afghanistan you do have set roles for women and it’s not something I’m accustomed to, so I have to be careful about the whole shame and honor thing and not to embarrass him, like if I misbehave in front of his friends or express being unhappy or angry or something like that.

“Sometimes I struggle with it, but the good outweighs the bad.”

As for the future, the couple aren’t sure whether kids or marriage are on the cards. For now, they are taking each day as it comes.

Rayi said: “Krystal has helped me so much, and she makes me feel full. I know she loves me, for real, not because of obligation or because of money.”

Krystal added: “I think people will be surprised by our relationship, but I hope they will read this and rethink things in their mind about their perceptions of people in Afghanistan.”