by SWNS
in Environment, News, Technology 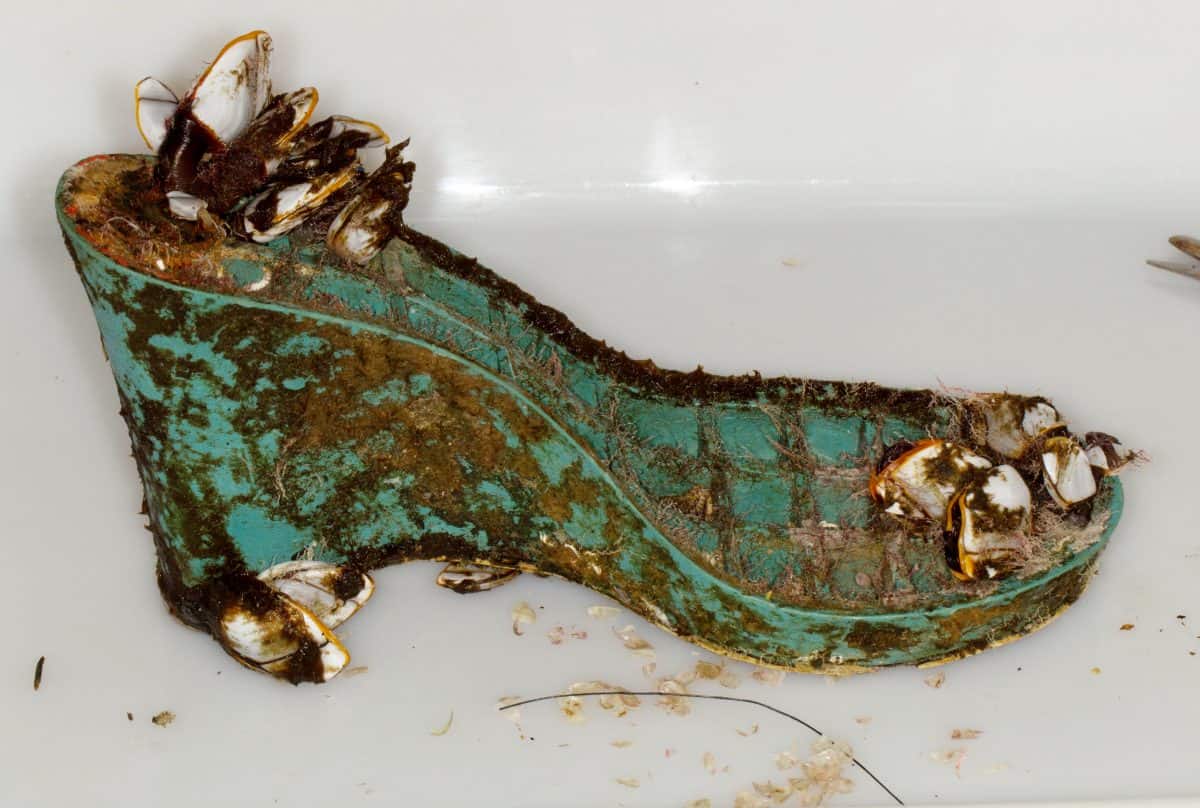 Record numbers of invasive species from the tropics are washing up on British beaches by clinging themselves onto the vast amount of plastic marine litter.

Wildlife expert Steve Trewhella has warned non native sea creatures are hitching a ride for thousands of miles on waste dumped into the ocean and ending up on shores far from their natural environment.

He estimates he has found around 20 different foreign invaders on just one stretch of beach in Dorset and warned the impact of their settlement could be devastating for the UK’s native species.

Among his recent finds at Chesil Beach was a Florida rock snail which he spotted on the underside of an old shoe.

Normally only found in Florida, the snail is an active predator of other molluscs and will destroy native mussels and snails on contact.

He has also identified goose barnacles living on a buoy from the Azores, Portugal, a Columbus Crab that belongs near Bermuda and found in a plastic pipe, an Atlantic pearl oyster and scorched mussel – both from the Caribbean. 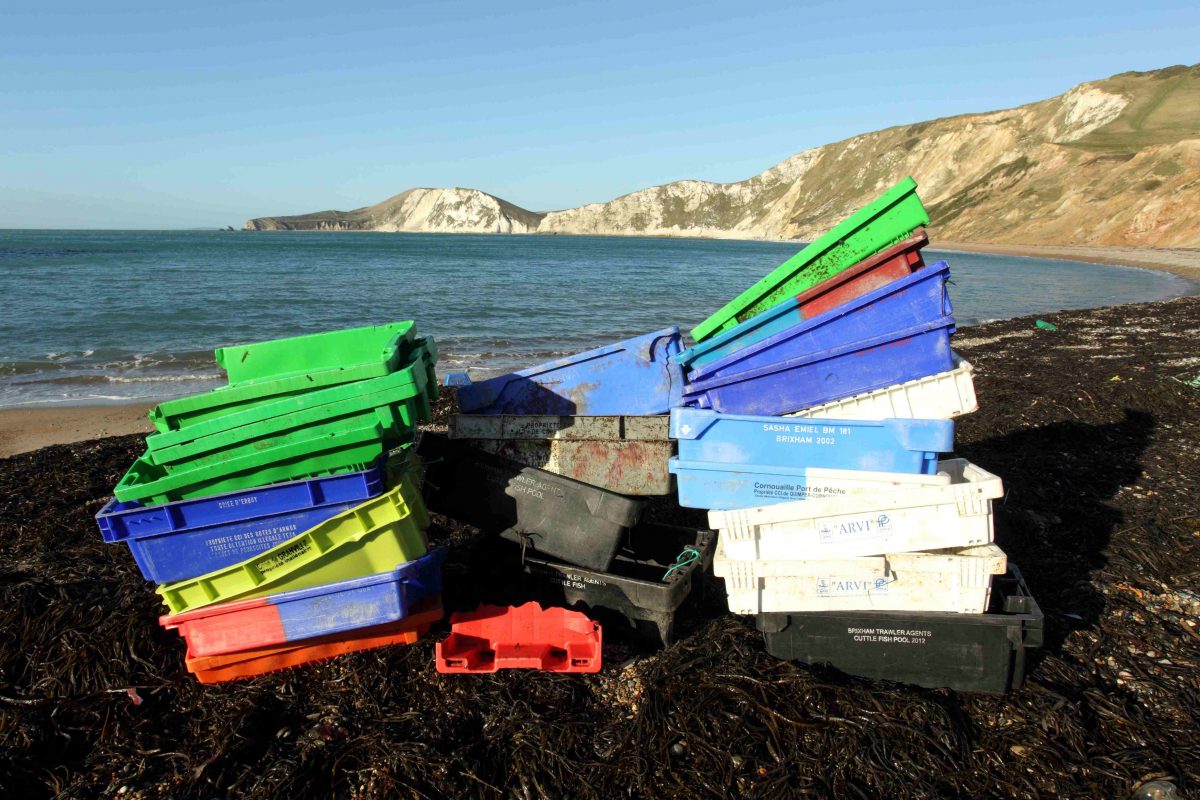 Steve has also uncovered a range of other snails, crustaceans, molluscs and mussels that haven’t been identified but are all new to northern Europe and could potentially devastate the local eco-system.

He said the root of the problem was a phenomenon known as ‘rafting’ which is caused by the large amount of plastic waste being dumped into the sea that doesn’t break down. This allows each creature to attach themselves to an item and be carried across the Atlantic on the Gulf stream.

Steve said: “The alarming thing is the amount and diversity of tropical animals that are surviving the long trip and arriving alive and well on our shores.

“Many of these species have the potential and ability to settle in our waters. On land non native and invasive species have had an enormous impact on native plants and animals, including the likes of grey squirrels and Japanese knotweed.

“Our inshore waters are also affected by invasive species, often out competing and taking over whole ecosystems in the marine environment such as Japanese seaweed and slipper limpets. It costs our economy dearly each year to clear and control these things .

“But these arrivals are washing up alive and that is where the concern comes from. If the shells were long dead it would not be an issue but there is no reason why these can not reproduce and spawn and then drop off into our water

“That is when you encounter problems. We get so much litter on the beaches now, most of it is thrown away and not even looked at. 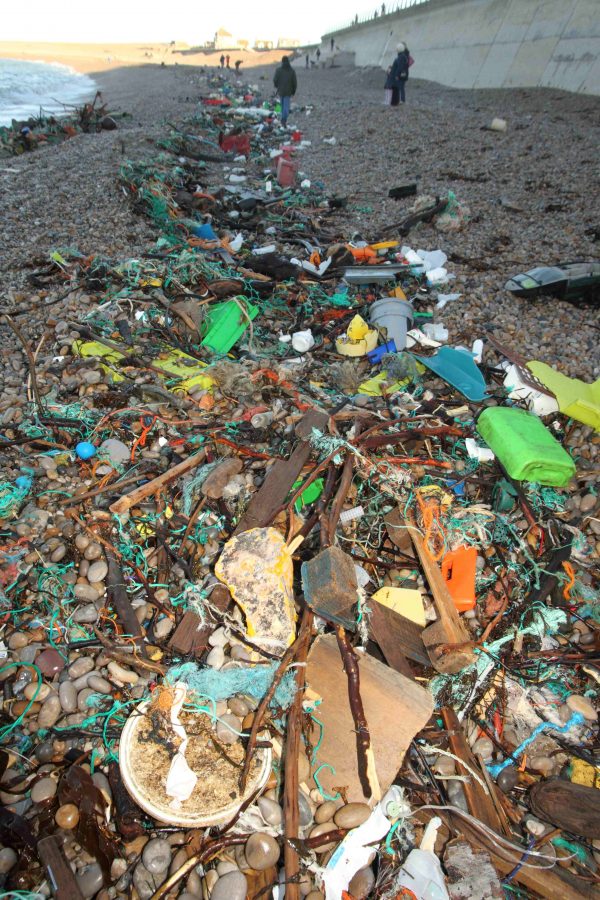 “I imagine I must have come across about 15-20 of these kind of species over the last few years. The Columbus crab is a good example. Until recently they had never been seen in this country – now they come over in their hundreds.

“We started to find them attached to buoys. There were 200 on one piece of rope washed up on Bournemouth beach.

“There are not many people out there looking at marine debris as most litter is just thrown in black bags.

“But I have noticed this getting worse for a long time now.”

Steve, 54, who is a wildlife photographer and also written many books on the subject, said the Florida snail could prove to be a particular pest – but was far from the only danger.

He added: “The Florida snails are ferocious predators. If they start to hatch in our waters we would end up with thousands of juvenile snails on the sea bed and they will decimate everything.

“We have our own predators but we have a balance and anything that upsets that is a problem.

“This sort of thing has always happened but previously they would only be able to find their way across on driftwood or coconut – which was something natural and meant they were very limited in habitat.

“Now we are putting 600 million tonnes into the world’s oceans every year and giving them a lot more places to habitat.

“These tropical species are now setting on old shoes and buoys and even tiny plastic bottle necks.”

Steve, who lives on Purbeck, Dorset, said the problem is caused by what he claims is an unreported amount of dumping of items by ships and fishing vessels and ships while out of public eye.

He added: “While we are aware of the dangers marine life faces from litter, from entanglement to ingestion, the endless conveyor of debris coming across the Atlantic often festooned with wildlife is rarely or never considered.

“If the causes and sources of litter are not tackled, this can only get worse.

“Tighter regulations need to be in place to ensure ships and fishing vessels return to port with the objects they left it with, and that broken fish boxes , drums, boots, pallets and other items are not simply thrown into the sea once out of sight.

“These objects do not degrade, they often spend years at sea, becoming potential homes to species that, while interesting, do not belong in our waters.

“This is potentially a huge problem that hasn’t been looked at. It is hard to find a solution but I think we need to have fishing and shipping debris and objects that are traceable so if someone is continually throwing rubbish into the sea they can be held accountable.

“Failing that ports need to ensure they carry out inventories so all barrels, pallets and oil are identified.”