But anyone who eats the Brie-C snack could be cursed from beyond the grave by a deadly fever, according to archaeologists 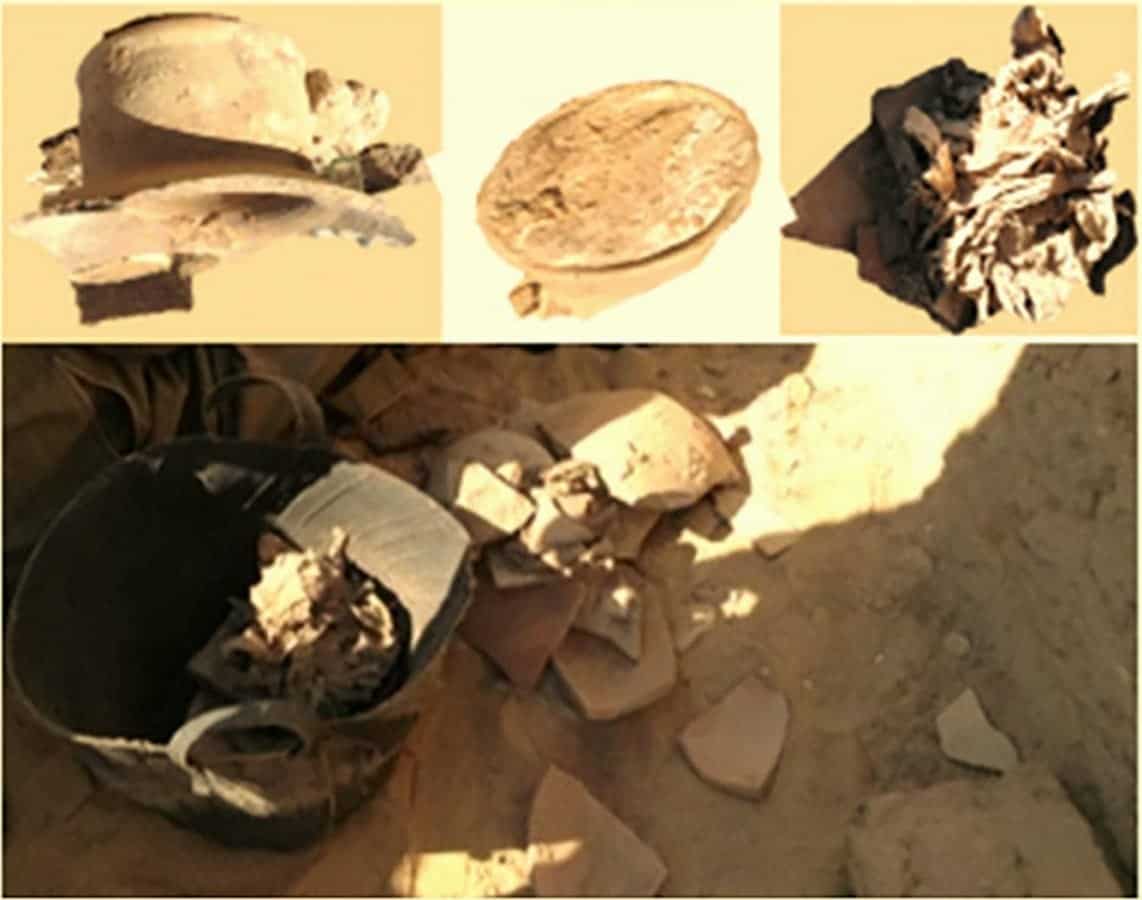 The world’s oldest cheese has been found in a 3,200 year-old Egyptian tomb.

But anyone who eats the Brie-C snack could be cursed from beyond the grave by a deadly fever, according to archaeologists.

The very vintage cheese was buried alongside Ptahmes – Mayor of the ancient Egyptian capital of Memphis – whose resting place was rediscovered in 2010 after being lost under the desert sand.

A few years later broken jars were found at the site with one containing a solidified whitish mass – that scientists have now discovered is cheese.

The Italian team carried out their analysis by dissolving a sample to purify the protein contents.

Then they used state-of-the-art scanning techniques known as liquid chromatography and mass spectrometry.

The peptides detected revealed the cheese had been made with a combination cows’ milk combined with sheep’s or goats’.

The container had been covered with a canvas fabric – showing the cheese maturation process dates back millennia.

The characteristics of the cloth indicate it was suitable for keeping a solid rather than a liquid.

The absence of other specific chemicals provide further evidence the dairy product was a hard cheese.

Dr Enrico Greco, a chemical scientist at Catania University in Italy, said: “The material analysed in this study is probably the most ancient archeological solid residue of cheese ever found to date.

“The constituting material was a dairy product obtained by mixing sheep or goat and cow milk.”

But other proteins in the food suggest it was contaminated with Brucella melitensis – a bacterium that causes potentially deadly brucellosis. 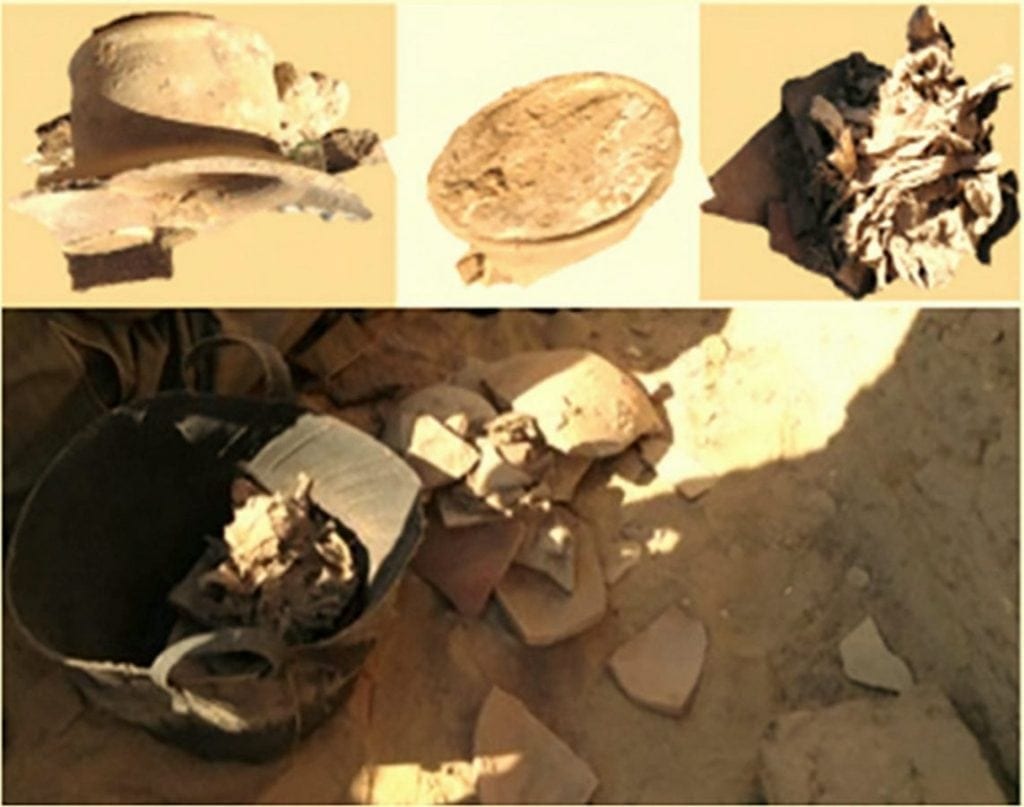 The highly infectious disease of cattle can spread to humans – typically from consuming raw, unpasteurised milk and other dairy products.

If the findings, published in the journal Analytical Chemistry, are confirmed it would represent the earliest reported evidence of the disease.

Dr Greco said: “The interactions for thousands of years with the strong alkaline environment of the incorporating soil rich in sodium carbonate and the desertic conditions did not prevent the identification of specific peptide markers which showed high stability under these stressing conditions.”

The tomb south of Cairo was originally found in 1885. Foreign expeditions made off with various bits and pieces which ended up in museums around the world.

But it was quickly forgotten when it was once more covered by drifting sands – until excavations backed by the Egyptian government that began in 2005.

Ptahmes also served as army chief, overseer of the treasury and royal scribe under Seti I and his son and successor, Ramses II, in the 13th century BC.

Dr Greco said: “The tomb of Ptahmes, mayor of Memphis and high-ranking official under the Pharaohs Sethi I and Ramses II (1290–1213 B.C.) of the XIX dynasty was rediscovered in 2010 after a part of it was revealed in 1885 and lost under the sands at the end of the 19th century.

‘The sample in this study was discovered during the excavation procedures of Cairo University in the season 2013–2014.

‘While cleaning the sand around the southern outer wall of the tomb, in an area corresponding to one of the lateral storehouses, a big number of broken jars were found.

‘One of these contained a solidified whitish mass, while a canvas fabric which might have covered it or used for its preservation was found in one of the fragments of the jar.

‘The characteristic of the canvas made it unsuitable for containing liquid or, in general, non solid-materials. The sample was accurately collected in order to avoid any kind of contamination.’

He added: ‘In conclusion, even if very ancient kefir or milk or dairy residues, coming from North African, Chinese and European excavations have been found and analysed, the present sample represent the oldest solid cheese so far discovered (3,200 BP).’