They have been found everywhere from Bermuda to Cornwall 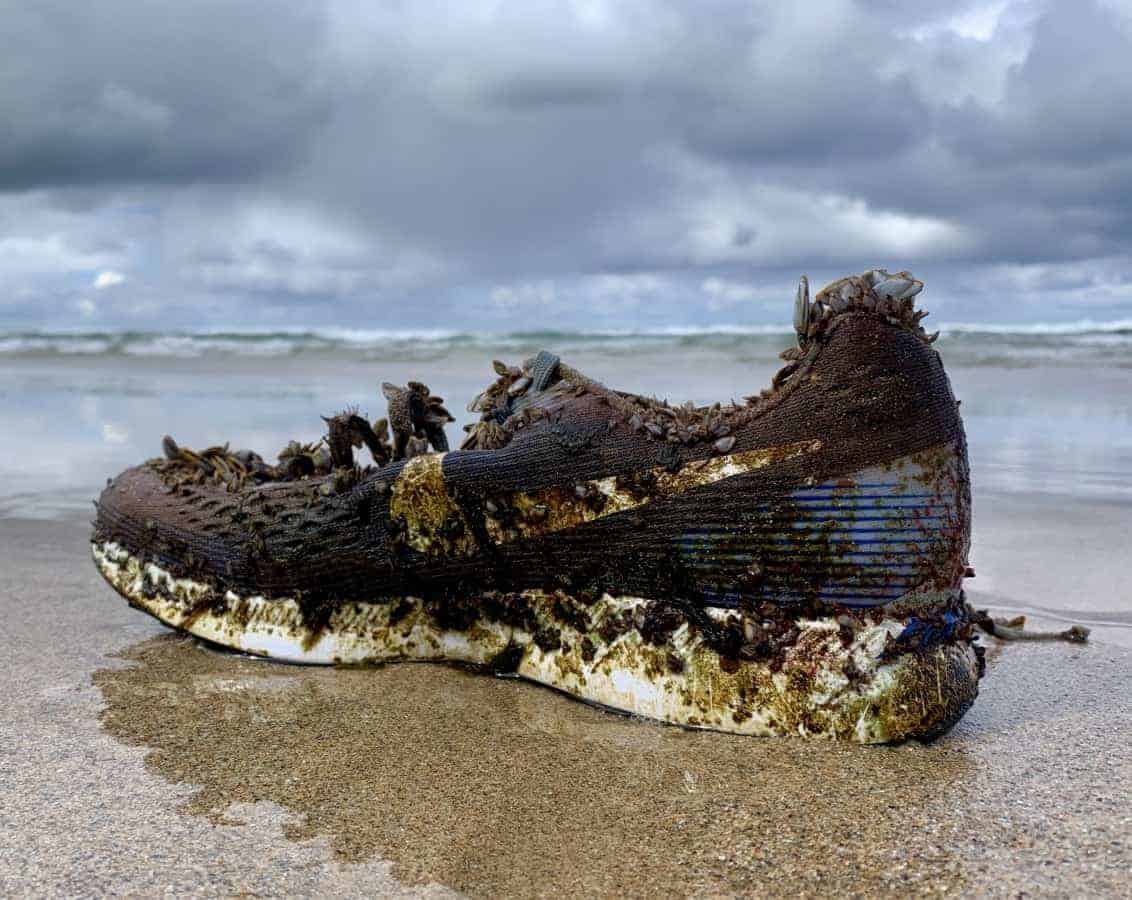 Hundreds of Nike trainers from one shipping container have been washed up on beaches across the world – including Cornwall.

The unworn shoes have appeared on shores everywhere from the Bahamas to Cornwall – and experts believe they have traced them back to one ship.

They were first spotted in September last year, on Flores Island, in the remote Atlantic archipelago of the Azores.

At first they appeared in small numbers and were dismissed as ordinary artefacts lost by individuals.

But as the numbers increased it soon became clear these were part of a greater group.

Bizarrely the left and right shoes have even travelled in different directions depending on the wind.

They were the same brands, in the same styles, and, for some of the trainers at least, the same production dates were printed on a label sewn into the tongue of each shoe.

In the months that followed, beach cleaner Gui Ribeiro says he retrieved about 60 Nike trainers from the Azores.

She said: “A friend in Ireland asked me if I had found any. I went out the next day and found quite a few.

“Beach cleaners or beach-combers tend to network, so if a certain item is washing up, we quickly find out about it and we’re then on the lookout.”

“”Nobody wants their goods spread across beaches and polluting the ocean.

“But I think it would be good if companies could be more open about cargo spills – if they could put their hands up and say: ‘Yes there has been an incident.'”

As well as the Azores and Cornwall, specimens of this scattered footwear flotilla have so far been found on beaches in Bermuda, the Bahamas, France, Ireland, Orkney and the Channel Islands.

The source of all these shoes is believed to be a single ship.

Mr Ribeiro said: “Through the research I have done everything indicates they may have been from some of the 70 to 76 containers that fell overboard from the Maersk Shanghai.”

In early spring last year, the Maersk Shanghai – a 324m (1,063ft) vessel capable of carrying more than 10,000 shipping containers – was travelling from Norfolk, Virginia, down the east coast of the US to Charleston, South Carolina.

On the evening of 3 March – 17 miles from the Oregon Inlet, off the coast of North Carolina – it was caught in a storm. While battling high winds and rough seas, a stack of its cargo-laden containers toppled overboard.

Liam McNamara, from County Clare, on the west coast of Ireland, said he found “well over 100” shoes – mostly Nike trainers – that in his opinion “most definitely” came from that vessel.

“They’ve been turning up all over the place.

“These things are going to happen, but there doesn’t seem to be any responsibility when they do,” Mr McNamara adds.

“The bottom line has to go back to the shipping companies; they’re responsible for their cargo.”

Lauren Eyles, from the Marine Conservation Society, said: “Whatever it is – if it is sinking to the bottom or washing up on beaches – it’s going to have a detrimental impact to the marine wildlife.

“The shoes will be breaking down to micro-plastics over years, which will have huge impacts on the amazing wildlife we have both in the UK and worldwide.”