The Home Energy Resources Unit, or HERU, generates enough power to heat a home for a day 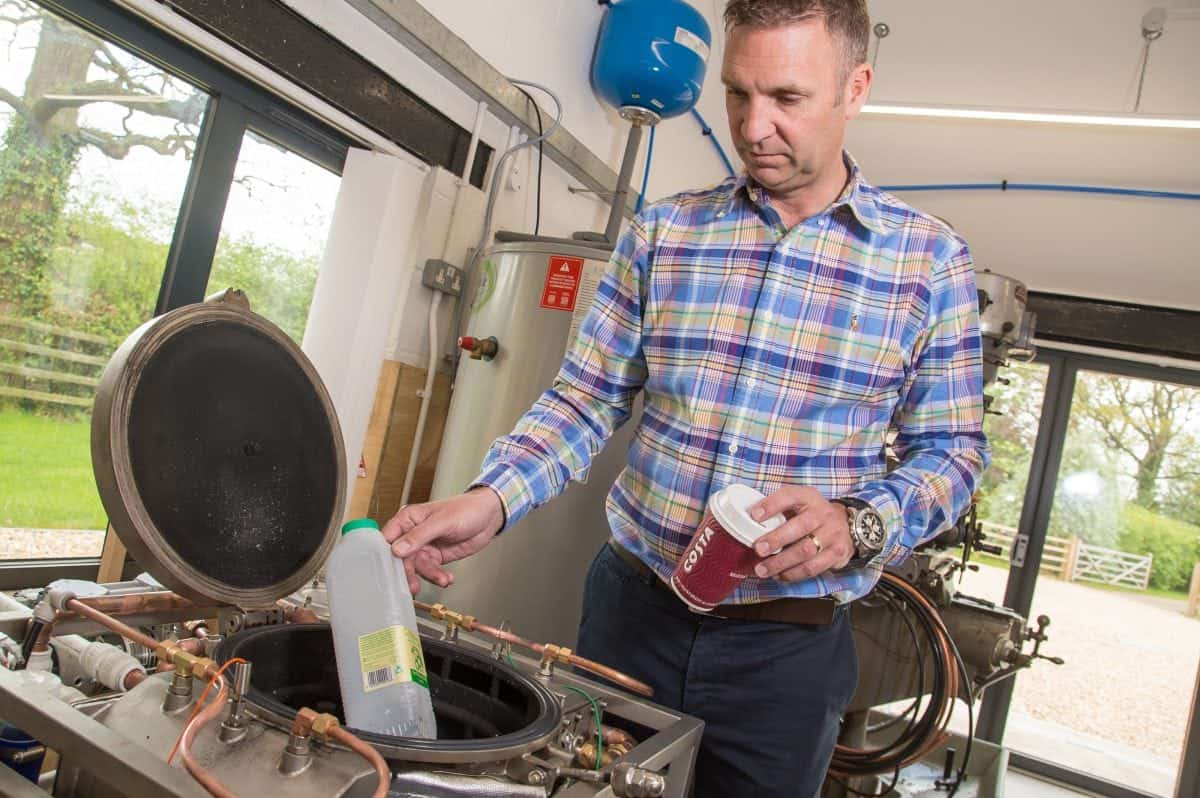 A green-fingered dad has invented a washing machine-sized incinerator that turns rubbish and dirty NAPPIES into fuel that can heat an entire home.

Nik Spencer, 48, created the device which is filled with waste and left overnight to slowly burn and convert into a charcoal-like substance.

The charred remains left in The Home Energy Resources Unit, or HERU, is then used to heat a household boiler.

One eight-hour cycle can produce enough energy to heat a tankful of hot water as well as burning up rubbish which would otherwise end up in landfill.

Nik, of Evesham, Worcs., came up with the idea while running a recycling plant which sent out a fleet of lorries to collect renewable materials.

He calculated that it was possible to save huge amounts of carbon if waste material was able to be incinerated at home instead of transporting it to larger sites.

And the dad-of-two believes the invention – which cost him £12,000 to build – could become a common feature in people’s kitchens in the future. 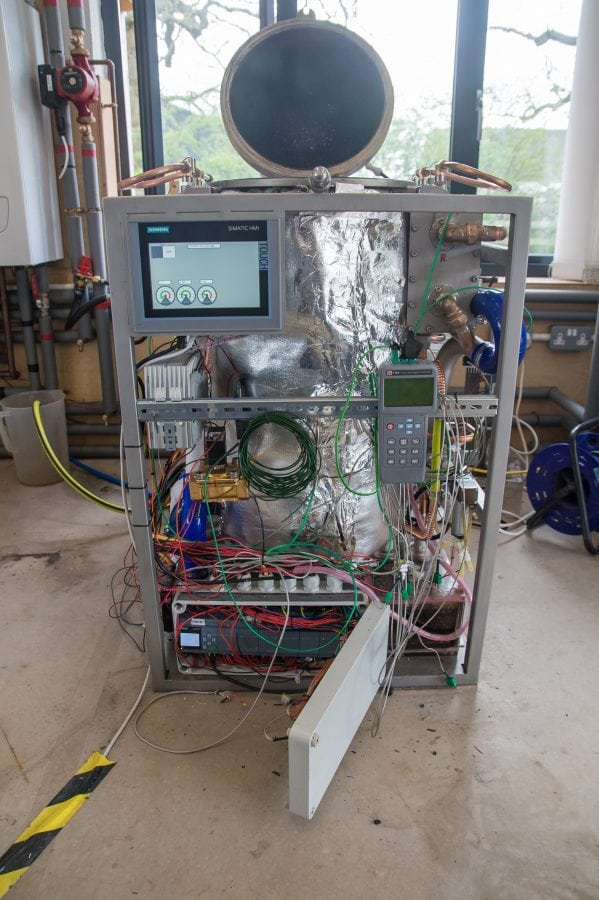 He said: “I can see a time in the future where waste collection is completely eradicated and the only materials being recycled are glass and metal.

“It is completely inefficient to collect recycling from a home to be taken to a site to be incinerated to generate heat to be used to fuel someone’s home.

“What I wanted to do was to effectively cut out the middle man and build something that could do the job of using these materials to generate heat on a smaller scale.”

The HERU works by filling up the machine’s main chamber with rubbish and food waste.

Plastic coffee cups and bottles, food trays, nappies and even grass cuttings are placed inside the cylinder which is the size of a washing machine drum. 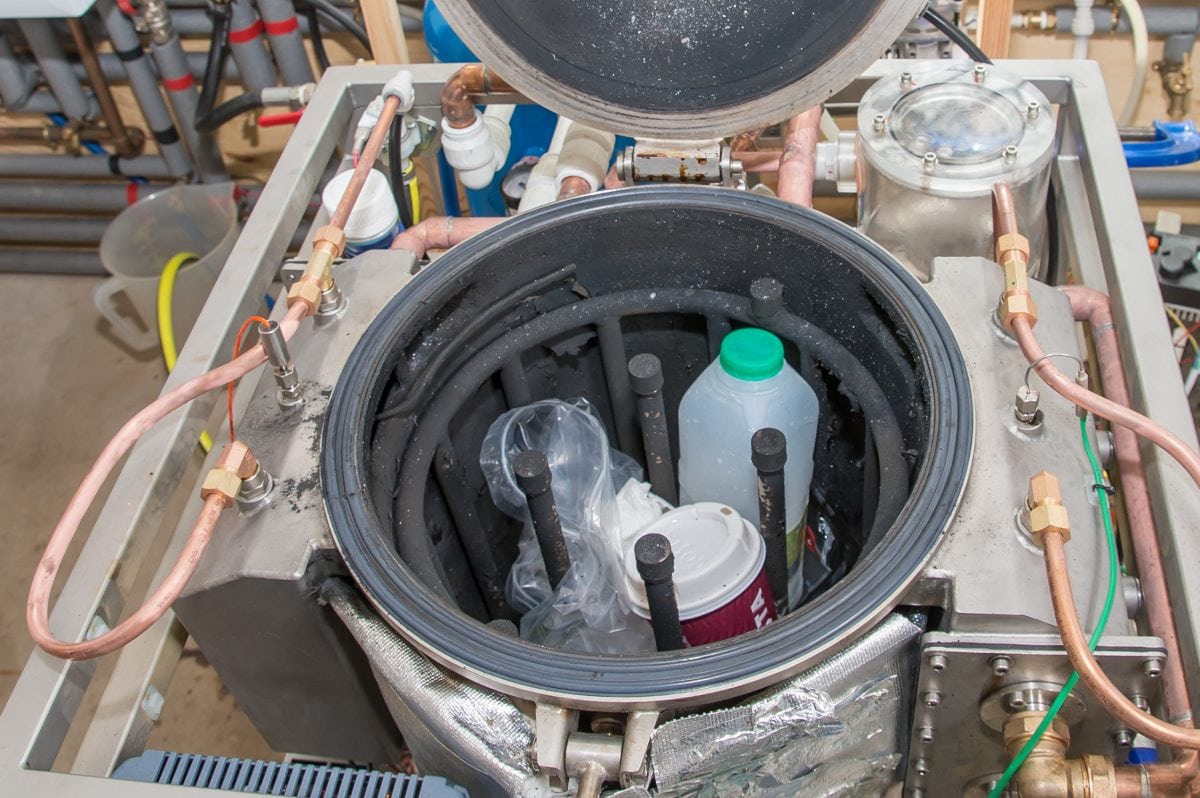 The chamber is heated to 100C (212F) which dries the moisture from the waste to create steam.

This steam passes over heat exchangers which transfers it to heat the water supply.

The temperature is then ramped up to 300C (572F) which triggers the process called pyrolysis which turns the rubbish into a charcoal-like substance.

At this stage of the cycle oxygen is pumped back inside the chamber which is used to burn the pyrolised waste. The energy produced is then used to heat the water in a boiler. 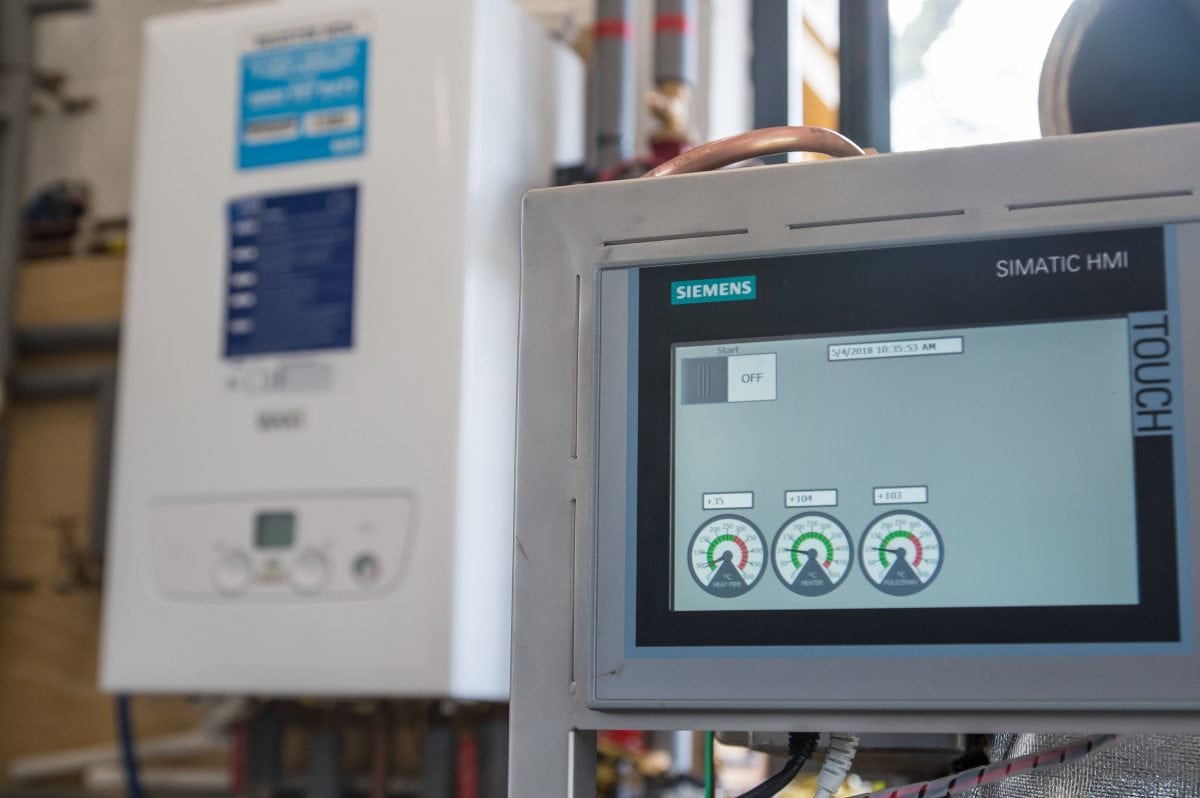 After a full cycle the waste is almost completely gone and users simply flush the remaining ash down the drain.

Nik said: “The ash which is left at the end of the cycle can be safely washed into the sewers.

“While looking into the ash we discovered it contained lye which has a very high alkaline content and is excellent for cleaning sewers and breaking down fatbergs.

“Lye was used by the Victorians to wash out the sewers so even the material which is left has a beneficial effect.”

Nik believes a full load of 2.5kg rubbish produces 44 per cent of a household’s hot water.

There are currently HERUs being trialled in a home, a cafe and another business in Worcestershire.

If successful, the firm hopes to roll out production as early as 2020 with an estimated price tag of £3,500. 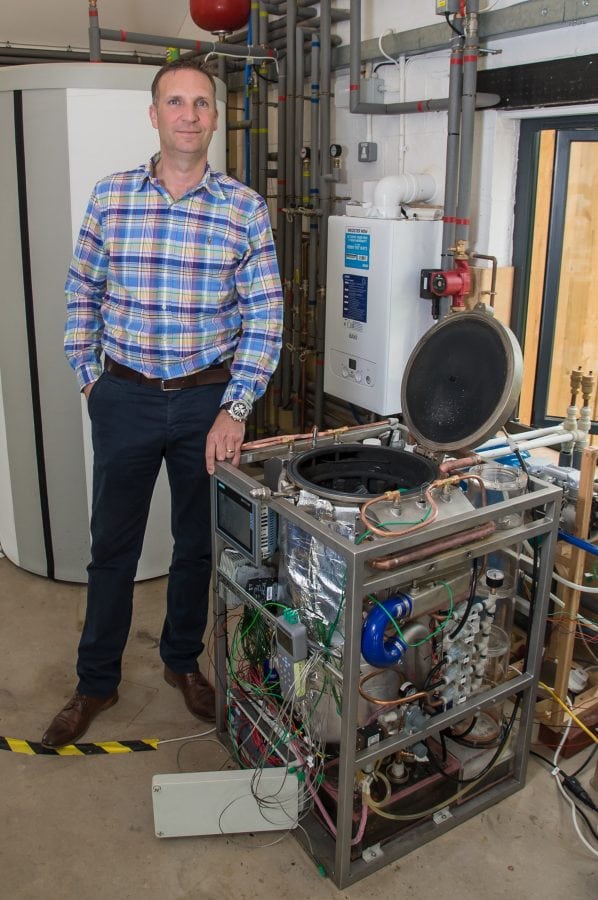 By Ben Gelblum and Nathan Pynn