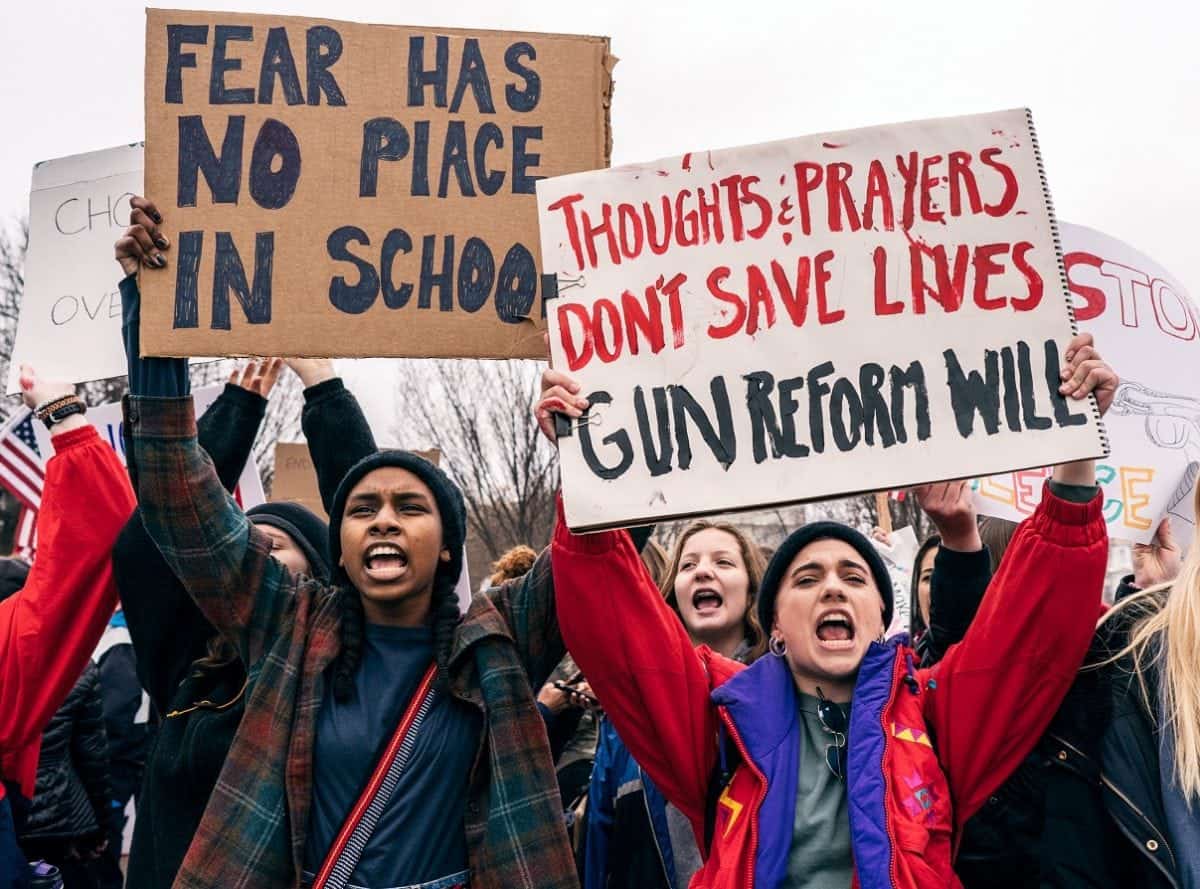 Donald Trump’s address to the National Rifle Association convention on Friday was a thoughtless move from a President who has routinely failed to address the rise of violent crime in America, and should come as a call to arms for young people in the country.

The President was met by cheers in Dallas by the gun lobbying association just months after the February’s deadly school shooting in Parkland which claimed 17 lives.

Earlier in the day a father of a Parkland victim was heckled by the gun rights supporters as he spoke at a rally near the meeting. One man showed up with an AR-15 rifle slung on his torso and holding a white flag emblazoned with a picture of an AR-15 and the words, “COME AND TAKE IT.”

But outside the strong Conservative core in Texas young activists have been fiercely critical of Trump’s speech, with one student calling the President a “professional liar” who will “say anything to appease whatever crowd he’s at”.

Speaking in an interview on CNN’s “New Day” on Saturday morning he made reference to the tone struck by Trump at the rally where he staunchly defended the Second Amendment and called the NRA a “great organization” in his headlining speech.

It was in stark contrast to his speech in the aftermath of the Parkland massacre, when he suggested some form of gun control may be on the cards.

“If he’s in front of families he might say something in support of commonsense gun reform,” Cameron Kasky said. “But then when he’s at the NRA, he’ll say something to get a big cheer.”

It goes to show that the time for young people in America to mobilise is now.

Following the March for Our Lives, which saw thousands join anti-gun protests around the world, a more concerted effort is needed to translate activism into driving real political change.

Trump seems like a lost cause as far as reform goes, but as young voters in the UK showed in last year’s election, we no longer have to live as a disenfranchised generation.

Thousands of young people flocked to Jeremy Corbyn rallies in the run-up to the 2017 election which saw a huge swing in political momentum back in the way of young progressives who stood up against Brexit, spiralling university fees and a growing inequality gap between generations.

With Trump seemingly oblivious to the demands of young people in America 2020 would be a good time to remind him that his narrow-minded conservatism is on its way out.