Thousands of Twitter users from across the globe liked and shared a screenshot of the officer’s interview with ITV West Country, aired yesterday (Thurs). 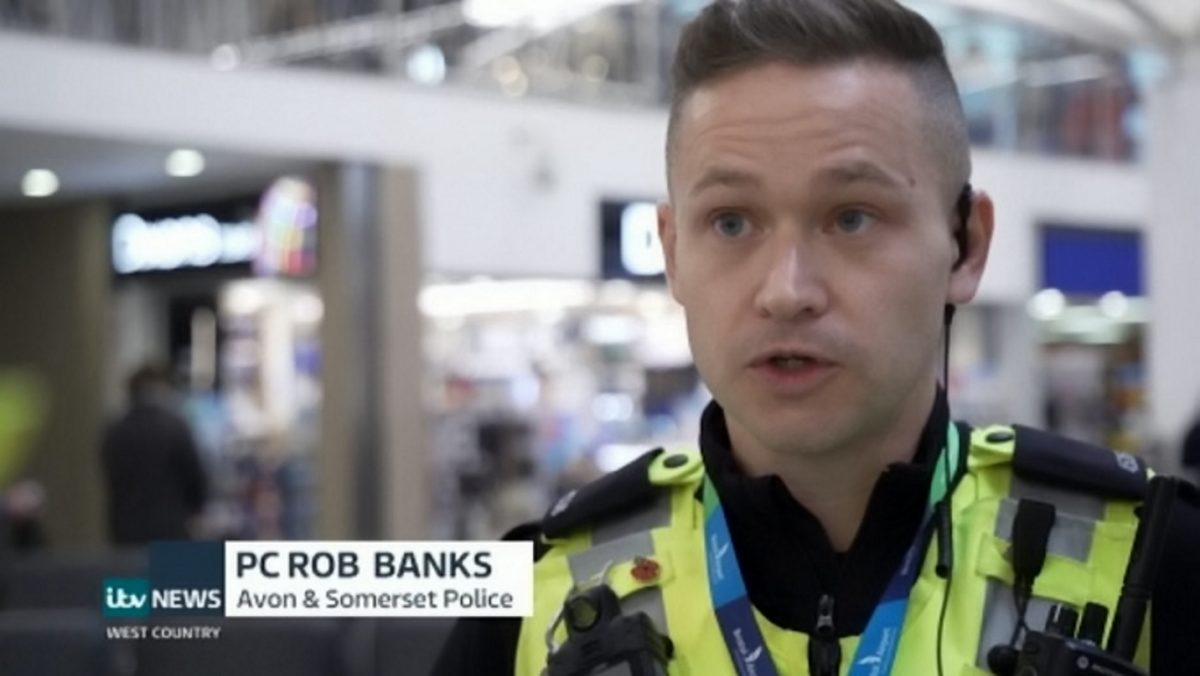 A policeman caused a social media storm after he appeared on TV due to his inCONgruous name – PC ROB BANKS.

Thousands of Twitter users from around the globe liked and shared a screenshot of the officer’s interview with ITV West Country.

The officer’s name flashed up on screen for a few seconds during a special programme about police budget cuts which many forces are making unprecedented warnings about.

Piers Morgan was among those who retweeted the screenshot, sparking comments about other people living with humorous names.

ITV West Country also addressed the talking point, tweeting: “[We] dedicated a whole programme to the impact budget cuts are having to @ASPolice…if you missed it, then you also missed the world’s greatest name for a policeman…catch the programme here.”

One Twitter user, named @realityofkris said in response: “With a name like that only other job he could have would be to work in a bank.”

Another, named @Derridean1, said: “I once knew a Natalie West, referred to as Nat who, you guessed it, worked for NatWest Bank.”

A user named @Mcflyspotter posted a screenshot of a BBC interview with Major Dickie Head, of 3rd Battalion The Rifles.

Another Tweeted a photo of a man named Robin Mahfood, the president and CEO of Food for the Poor.

PC Banks, of Avon and Somerset police, appeared in a programme about the impact of budget cuts across the West Country.

The Conservative government have presided over unprecedented police cuts for the past eight years.

The National Audit Office last year reported that there has been a 19% drop in funding for the police since the Tories came into power in 2010. Officer numbers grew during the Labour government from 2002 onwards, peaking in 2009.