researchers discovered that plants have developed complex, chemical systems of communication when situated nearby each other 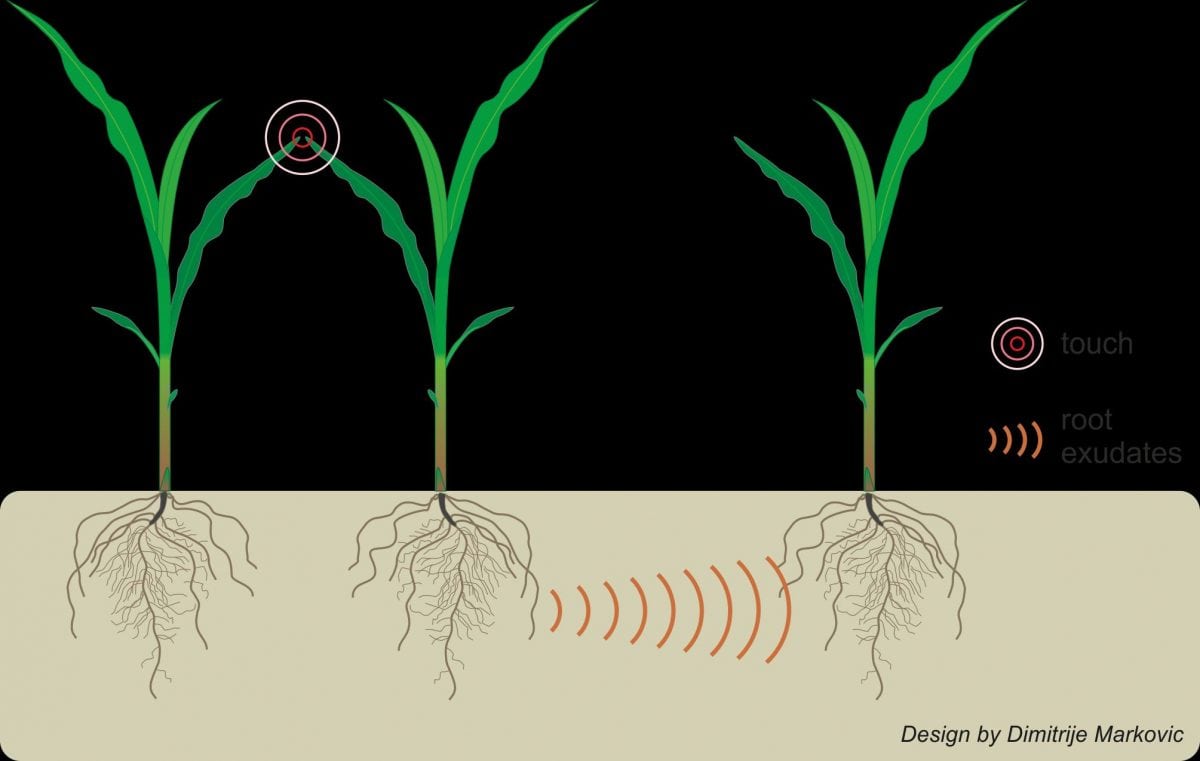 Plants inspire neighbours to grow through a series of underground signals, a new study has revealed.

Corn seedlings were studied by scientists to reveal their relationship under the earth.

The researchers discovered that the plants have developed complex, chemical systems of communication when situated nearby each other.

The seedlings were found to provide complex signals with other plants, which compensates for their immobile lifestyle.

These messages take the form of chemicals secreted into the soil, which are detected through the roots of neighbours – impacting their growth.

It was revealed that these secretions tell plants whether their neighbours are relatives or strangers and help them direct their growth accordingly.

To better understand how aboveground interactions affect underground communication systems, researchers stressed corn seedlings and then looked for growth changes in nearby siblings.

Researchers then brushed the corn leaves with a soft squirrel hair face brush to simulate the touch of a nearby plant leaf and collected the chemicals secreted by the roots in the seedling’s growth solution.

They found that new plants transferred ‘signalled growth’ by directing their resources into forming more leaves and fewer roots than untouched plants.

The experts also tested newly germinated corn seedlings to see if they could detect differences in growth from plants that had been touched and those that had not been disturbed.

Findings suggested the seedling’s primary root grew preferentially toward solutions from untouched plants, suggesting that it could differentiate between the two solutions.

It was discovered that even brief disturbances above ground can lead to changes in underground communication that cause nearby plants to change growth.

Lead author Associate Professor Velemir Ninkovic, of the Swedish University of Agricultural Sciences, said: “Our study demonstrated that changes induced by above ground mechanical contact between plants can affect below ground interactions, acting as cues in prediction of the future competitors.

“Our results show that plant responses to neighbours can be modified by aboveground abiotic stress – these modifications are mediated by belowground interactions.”

In the study, published in the journal PLOS One, the researchers noted the amount of contact scientists had with the plants has the potential to impact experimental results.

They recommended further studies into the ecological significance of the observed growth responses in future research.