Wild goats that have been ‘kidding around’ in Llandudno, North Wales, during the national lockdown have been captured on camera by a local resident. 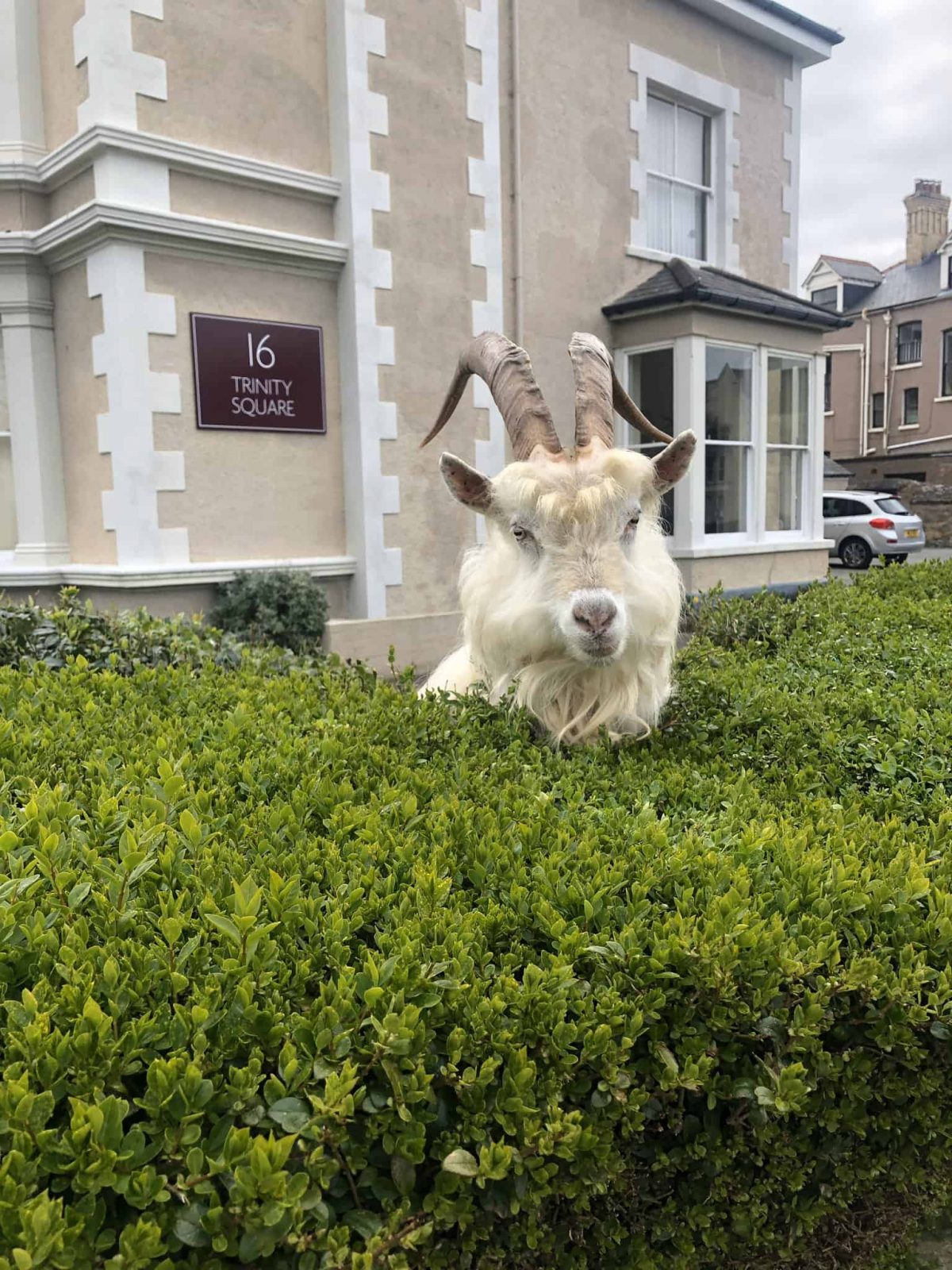 Handout photo dated 30/03/20 taken with permission from the Twitter feed of @AndrewStuart of the goats which have taken over the deserted streets of Llandudno, north Wales, where the residents are in lockdown during the coronavirus pandemic.

A gang of goats has been spotted strolling around the deserted streets of a seaside town during the nationwide lockdown.

Mr Stuart, who works for the Manchester Evening News, said he called the police after he noticed the animals breaking isolation rules by gathering in a large group and not keeping the required two metres apart on Friday night.

Mr Stuart said he noticed the goats having “a midnight feast” on hedges, tweeting: “They were probably going to run riot on the town, what with nobody being about due to the lockdown.

“I also wasn’t sure if they were keeping the required two metres apart.”

He said North Wales Police officers attended the scene in a patrol car, adding: “I’m sorry if the goats got arrested. But they were being very naughty.”

But the animals returned over the weekend, and were still destroying garden bushes, eating leaves in Trinity Square in the town centre, and sleeping in a churchyard on Monday.

Mr Stuart said that although the Great Orme “goat overlords” usually only leave their territory on the coastal headland to take refuge in the outskirts of the village in windy weather, “they’re now going further than ever”.

The Great Orme headland is home to a herd of around 200 wild goats, which are thought to be descended from a pair of Indian goats presented by the Shah of Persia to Queen Victoria in 1837.

North Wales Police have been contacted for a comment.