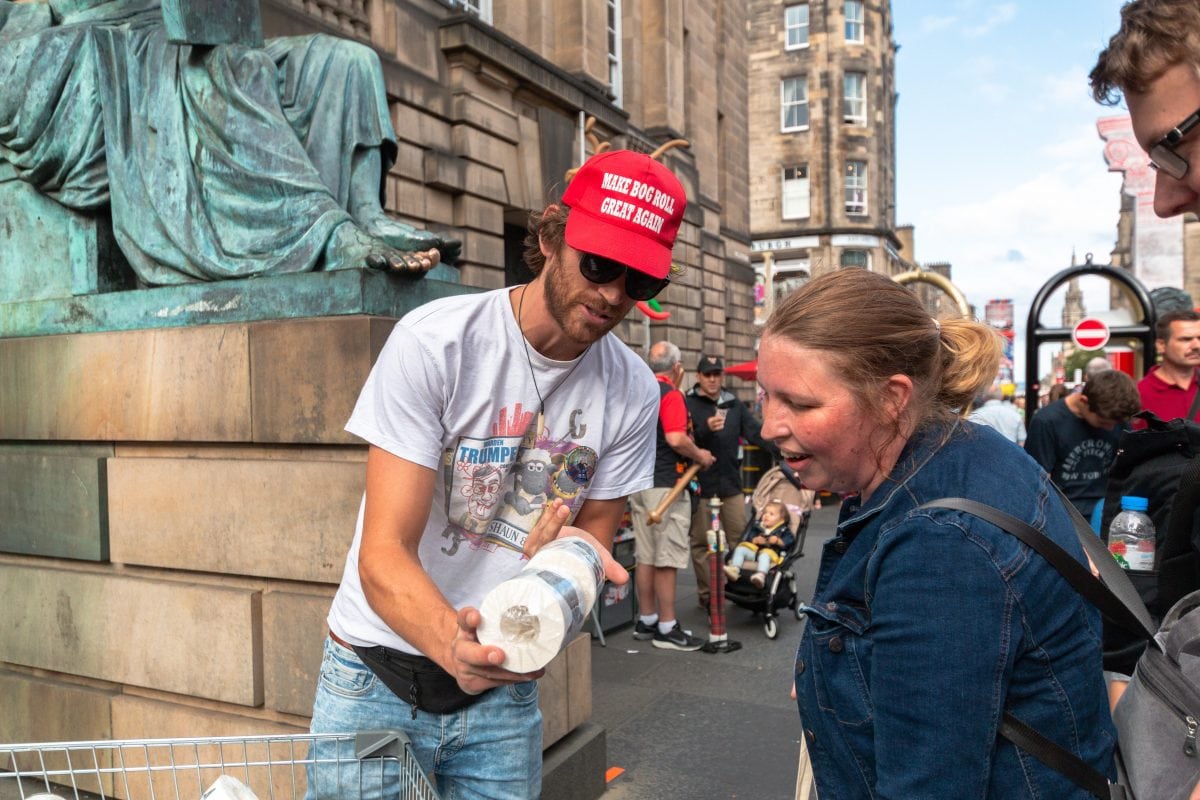 A businessman is literally ‘rolling in it’ after he took a break from his day job to sell loo roll printed with – Donald Trump’s face.

Tim Baker, 29, came up with the idea at Christmas, but really ‘cleaned up’ after taking the toilet paper to the Edinburgh Fringe Festival – where he is shifting 250 rolls a day.

Tim, who runs a marketing business, drove 370 miles from Bristol and sleeps in a van.

He says the venture has proved so lucrative that he expects to be on the property ladder by the end of year, all from flogging toilet rolls from a shopping trolley.

Tim, who is originally from New Zealand, said: “I hope to be on the property ladder by the end of the year, just from toilet rolls.

“There are two designs, one of his puckering up his lips and one were he is making a speech to Republicans, dressed in a suit and red tie. 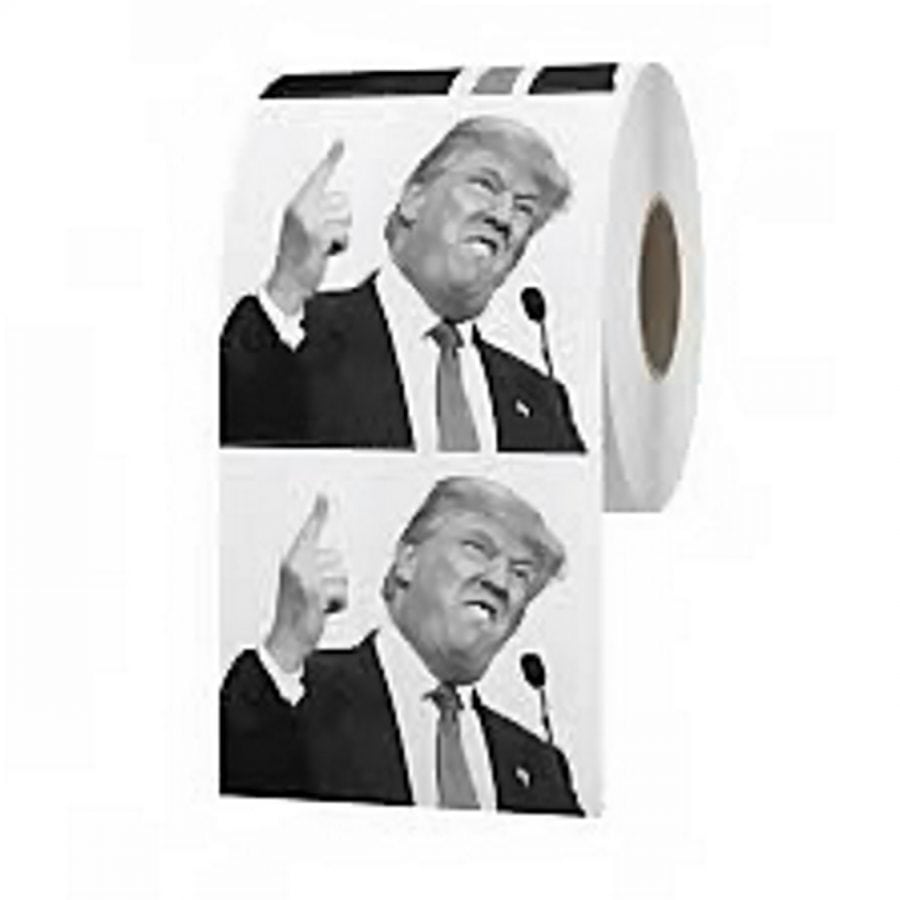 “I asked around and found someone who was printing toilet roll for a good price, and we came to an arrangement.

“I had to find someone to be a courier for about a train carriage worth of toilet rolls.”

Tim went to London in July for the massive protest against the American president’s visit, and has also sold them on the streets of Cheltenham, Glos, and Bath, Somerset.

He said: “I’ve got a peddler’s permit so I’m constantly pushing a shopping trolley around.

“I haven’t seen anyone else selling them – you can get them online for a fiver but mine are cheaper.

“Little kids come up and buy them. I usually say ‘is your mother about?’ and they’re waiting and looking from afar.

“It is very international. A lot of British people buy them as well, and Scottish people. He is universally unpopular which is why I’m selling Donald Trump toilet paper.

“I don’t think anyone else will be so unpopular in the history of mankind.”

Tim added: “I run a marketing company, but this is more profitable. I’ve got a manager who runs the other thing. 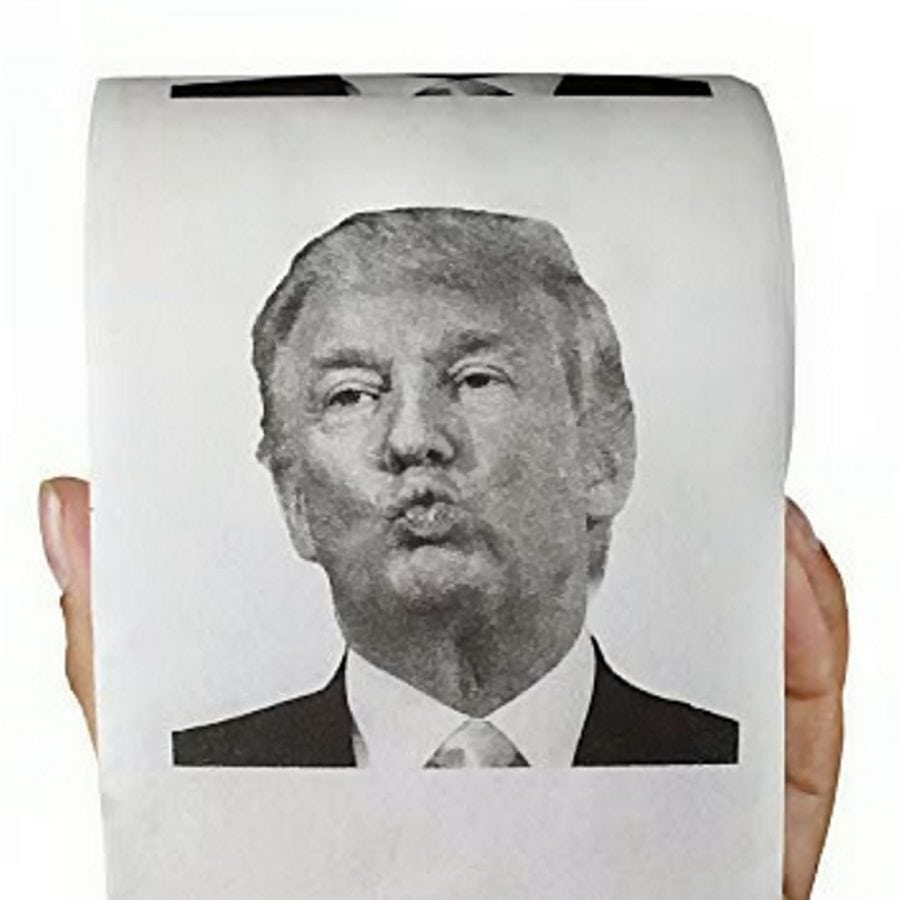 “One of the funnier insults was when this kid came up to me and said, ‘This is a hate crime.’

“And I said, ‘I really don’t think you understand what a hate crime is.’ But that was OK, I just said that I liked his shoes and I killed him with kindness. He went away pretty quickly.

“Another guy, an American guy, said, ‘This is sh*tty and you’re a sh*tty person for doing it. This is a sh*tty idea.’ 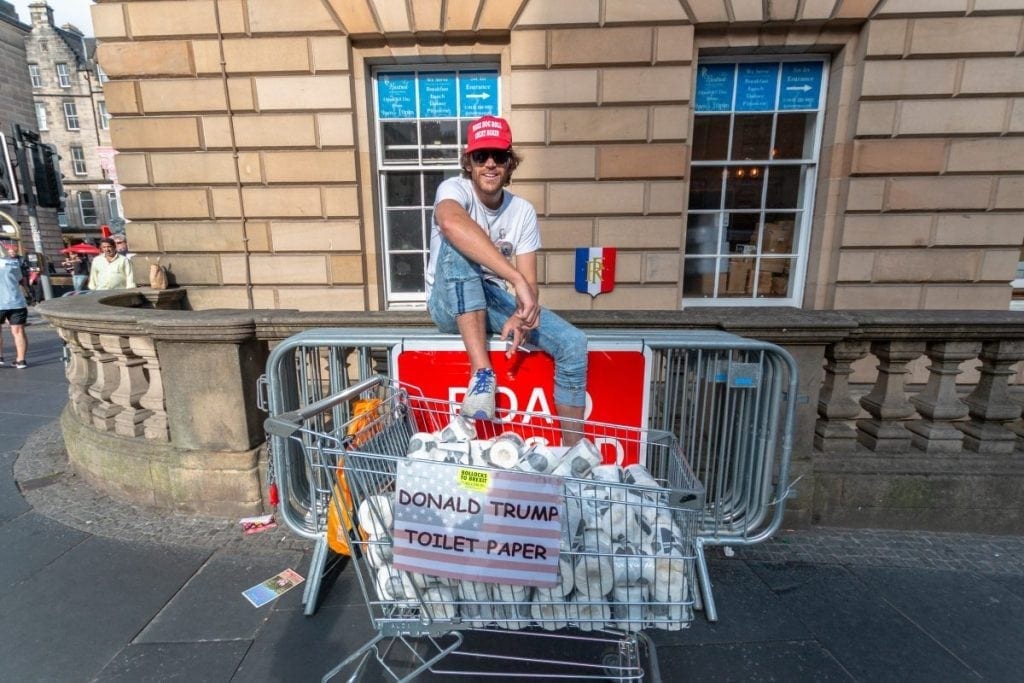 “I said ‘that’s tragic. You just made a brilliant pun, and you didn’t even get it.’

But he has also experienced some hostility from American tourists at the annual event, which started on August 3 and ends on August 28.

Tim said: “It is a comedy festival, that was part of my decision making process. I thought it would be a good crowd.”