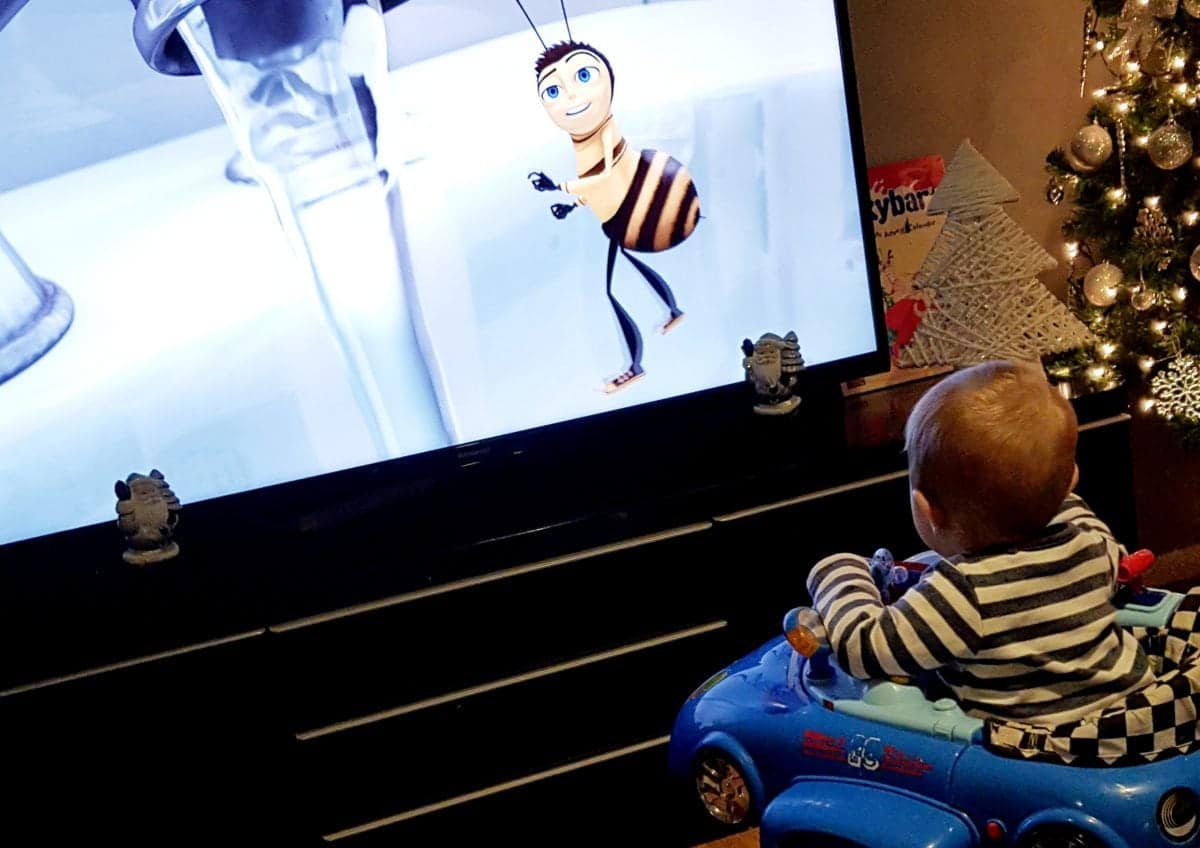 Europe’s most prolific ‘re-watcher’ has been revealed as mum and baby who watched Bee Movie .. 357 times this year.

Netflix revealed one unnamed UK user as Europe’s most prolific “re-watcher”, now we can identify her.

Gemma Chalmers, 29, told how the 2007 movie about a bee which sues humans for
stealing honey is the “only thing” that will stop her baby from crying.

Gemma told how the tot fixates on the bright yellow and black colours in the film.

And ever since she has watched the flick three or four times a day.

Gemma, of Peterhead, Scotland, said: “I couldn’t believe it when I saw the Netflix story, my friends were tagging me in posts saying – this has to be you.

“I am 100 per cent sure that it’s me they’re talking about and if they traced the IP address I am confident it would come from my house.

“I calculated it and think that it might even be more than 357 times.”

She said: “My mum accidentally put the film on when he was crying one day.

“She pushed the controller and it started to play, but remarkably Jaxson
stopped crying immediately.

“He watched it from beginning to end completely fixated. When it stopped, he cried, so we put it back on.

“Ever since, we’ve watched it multiple times a day to keep him happy.”

Gemma used to be a fan of TV soaps Hollyoaks and EastEnders, but cannot
recall the last time she watched either shows.

She said: “I can only ever watch TV when Jaxson is asleep. He watches the film from the moment he wakes up until he goes to sleep at night.”

Gemma is now haunted by the film starring Jerry Seinfeld and has tried other movies – but nothing else works.

She said: “I know every word of that film. I am completely fed up with it. We’ve tried Cars, Trolls, and other Disney films, but nothing works like the Bee Movie.

“As soon as the channel is changed he knows.

“When we go out of the house, he isn’t bothered and is a happy baby, but as
soon as we’re home the film has to be on.

“He doesn’t even pay attention to it, and plays with other toys, but still, it always has to be on.”

Streaming service Netflix announced that one user had viewed Bee Movie 357 times in a year in its annual ‘Year in Review’ report which looked at data up to November.

In the kids’ film, also starring Renee Zellweger and Matthew Broderick, worker bee Barry sues humans when he learns they’ve been stealing bees’ nectar all along.