Manchester City vs Tottenham Guardiola’s City have broken the record for most Premier League wins in a row – all but guaranteeing they will win the title this season. There certainly looks no way of beating them, with City comfortably dealing with Mourinho’s United. There’s been huge controversy following the derby, with the United manager […] 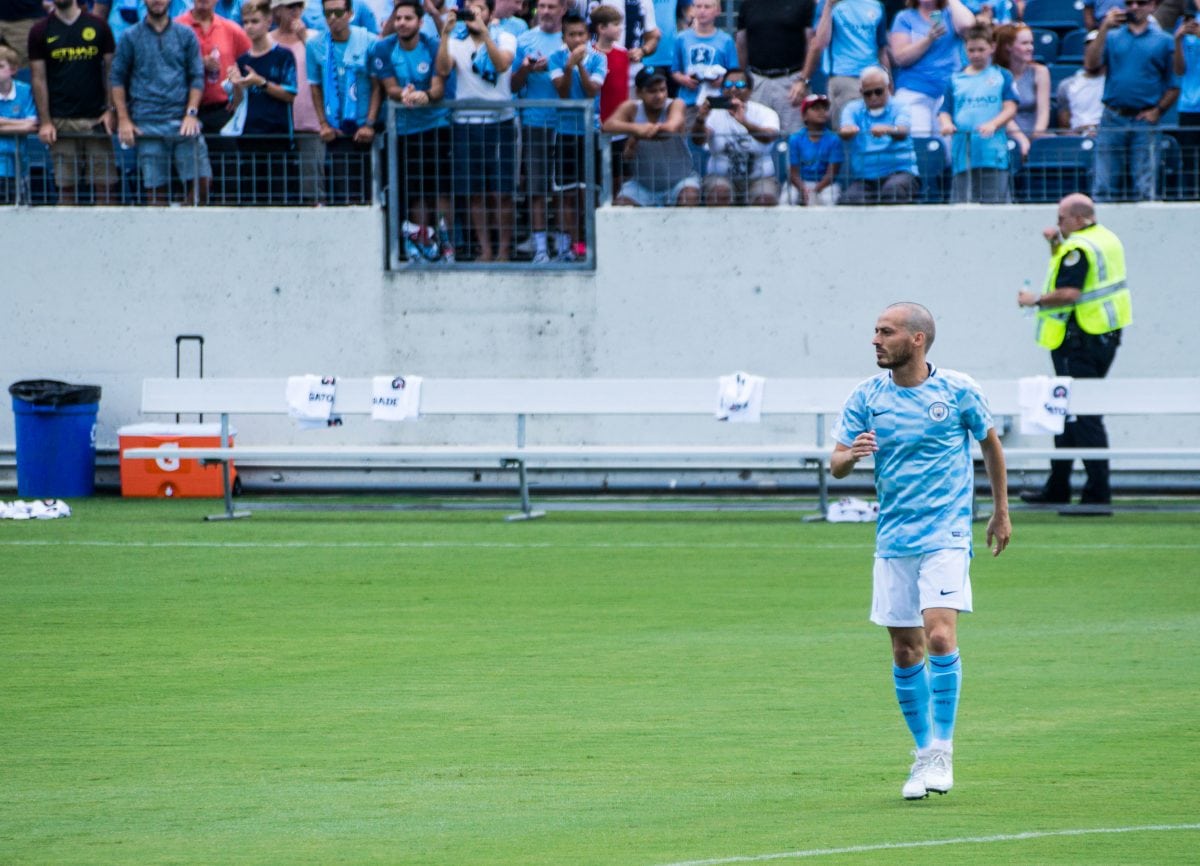 Guardiola’s City have broken the record for most Premier League wins in a row – all but guaranteeing they will win the title this season. There certainly looks no way of beating them, with City comfortably dealing with Mourinho’s United. There’s been huge controversy following the derby, with the United manager criticising the way City celebrated – but after a victory like that, they have every right to celebrate strongly. They still face a tough ask at home to Tottenham – who look to be bouncing back from their dip in form. No matter how well Tottenham play though, they face a huge challenge to stop this run City are on. This will surely be an exciting game, and Tottenham will give a real go of it – but you just can’t bet against City at the moment.

It will take something special for United to win the title now – following their disappointing home defeat to their title rivals at Old Trafford. The Red Devils did bounce back with an unconvincing win over Bournemouth, and will expect to take all three points away from struggling West Brom. The Baggies are still waiting for their first win since August, meaning they are in the worst form out of all the teams in the League. Alan Pardew will desperately want his first win as their new manager, but can take encouragement from picking up a point from Anfield. At home to United – it will be difficult for the Baggies to get a win, and I expect a big performance from Mourinho’s team.

Conte will be delighted with the Blues 3-1 win at Huddersfield. A few of the big teams have struggled away to the Terries, so a convincing win will please the Italian manager after their hugely disappointing loss at West Ham. The Blues are having an inconsistent season, but with City already looking too far ahead, it’s difficult to judge how this season will end for Chelsea. All Conte can do is keep picking up results, and at home to the Saints, they should do just that. Southampton were looking much more impressive before they were well beaten at home midweek to their former manager. Saints’ home form has still been very poor this season, but Pellegrino’s side have looked better away. The fact that the manager they sacked in June beat them 4-1 away shows how the Saints have taken a backward step. With just four wins this season, it’s looking bleak for Saints’ fans.

Gunners fans seem to be turning on Wenger again – after failing to win in their last three games. After some impressive performances, Wenger will be very frustrated his side now sit 7th in the League, and needs to pick up some more points if the Gunners want to get back into the Champions League. Their big players need to start performing, particularly Sanchez – who has been criticised for some poor performances lately. Newcastle are on a very bad run – with off-field takeover stories taking the headlines. The Magpies need to bolster their squad in January if they want to avoid relegation. This should be a relatively comfortable home win for Arsenal.

Klopp will be amazed at how Liverpool have drawn their last two games given the attacking football the Reds have been playing lately. Their attack has been exciting this season – with Salah surely the player of the season so far. But it’s their defense again is their Achilles heal, meaning they’ve not been winning as many as they should be. Klopp’s side have seven draws this season, the most of any side in the League, so if they want to finish in the top four – they need to convert these draws into victories. Bournemouth haven’t won in a while, so a victory is needed sooner rather than later. I expect Liverpool will be too strong for the Cherries though.

Sam Allardyce has already made an impact at Everton so far. The likes of Rooney and Sigurdsson look rejuvenated – and are playing much nicer football. The Toffees haven’t lost in four, and will certainly expect to take all three points at home to struggling Swansea. The Swans are currently bottom in the league, and Paul Clement will know that if he wants to keep his job – he needs to start picking up points soon.

The Foxex are looking really good under Puel at the moment, with four wins in a row seeing them climb up the table into 8th. They dismantled Southampton midweek – with Mahrez and Gray in particular looking very dangerous. Palace meanwhile are also on a good run, and Eagles fans are starting to gain a lot of confidence in Hodgson. The Eagles haven’t lost in six – but away at Leicester with the form they are in, I cant see an away win happening here.

There was a lot of criticsm of West Ham’s decision to appoint David Moyes as their new manager – but so far the Scotsman has done well. Beating Chelsea, while drawing to Arsenal, and nearly beating Man City isn’t exactly bad. It’s these sort of games which will determine the Hammers season though. If they can beat their fellow strugglers at the bottom – they should survive. Stoke are not having a good season, and fans are starting to turn on Mark Hughes. The Potters have just two wins in their last ten games, while they have conceded 36 goals – the most in the league. Stoke are still always tricky to beat at home, but I can see a close fought draw here.

Sean Dyche is rightly receiving huge praise for how well Burnley are doing this season. The Clarets are 6th in the league – while they have only conceded 12 goals so far. At home Burnley are very difficult to break down, but away they haven’t been quite as formidable. Brighton though are not on a good run, having failed to manage a win in their last six games. Chris Hughton isn’t under any pressure at the moment – but if results don’t pick up fast, relegation worries will mount. Burnley are on a good run, so I reckon they may just sneak an away win here.

After such a great start to the season, Watford are starting to struggle. Marco Silva has done a great job so far – but his Hornets side haven’t won in four, and somehow managed to throw away a win in injury time away to Palace. Against a Terries side that are also not in the best of form would be a great chance for Silva and Watford to get three points. Huddersfield still are having a good season, but still only have one win their last six. Watford should bounce back from recent poor performances – so I expect a comfortable home win here.