by Nathan Pynn
in Weird News 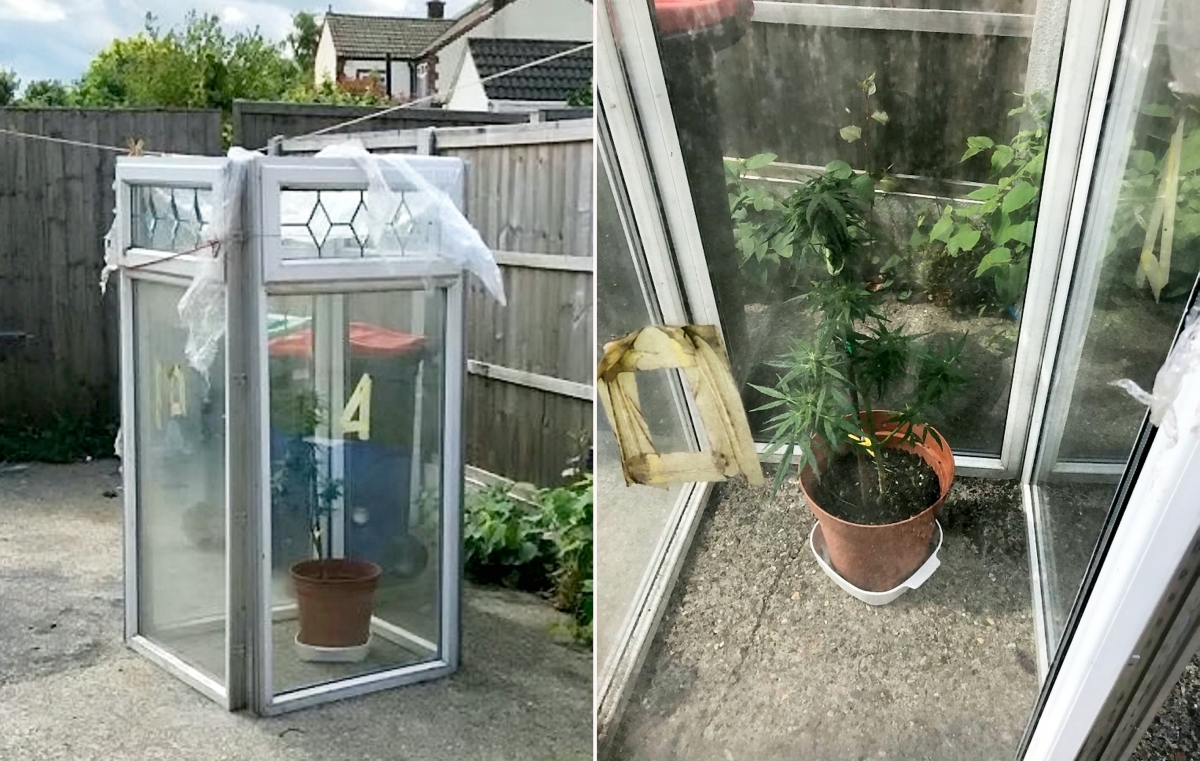 Two dopey drug dealers were mocked by police who found a single cannabis plant – being grown in a tiny makeshift greenhouse on the patio.

Bestwood Cops from Nottinghamshire Police tweeted: “Below is the best ‘grow’ Op Reacher have ever come across at a warrant.

“The two males at the address were dealt with for a number of other offences once we had picked ourselves off the floor through laughter!”

Facebook user Duaine Elliot posted a link to the photos and wrote: “Got a feeling it was this they found in the raid! They are just too embarrassed to say.”

Despite the small scale of the growing operation, two men, aged 18 and 23, were arrested on suspicion of possession with intent to supply.

Officers conducted a warrant and forced entry to the property in Sutton in Ashfield, Notts.

The men were released under investigation with police bail conditions that prevent them from entering the Sutton in Ashfield area.

Pictures show the pot in front of bins next to more usual garden plants.