It's shaped like an Aztec floral lock, according to experts. 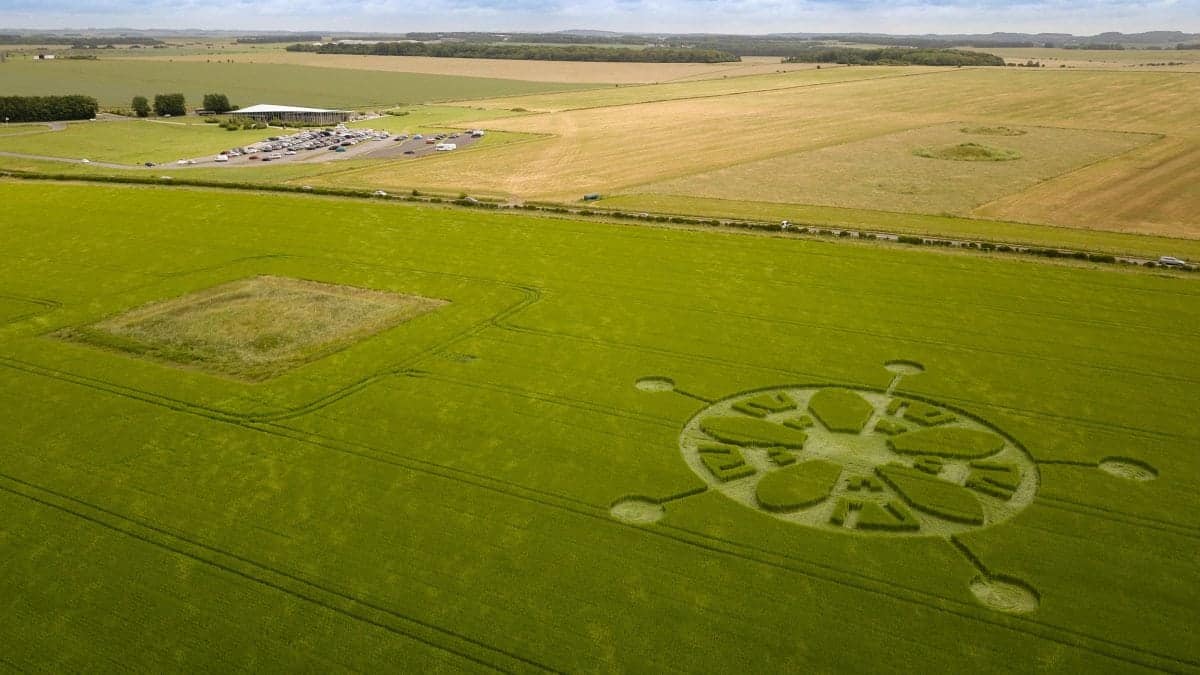 A giant crop circle has appeared in a field next to Stonehenge, just before the Summer Solstice.

Mysterious visitors have left their mark on the field of barley with a giant 180ft pattern – that looks like a combination lock.

Speculators have been left wondering what the meaning behind the crop formation might be, especially because it appeared overnight on Saturday, just days before the longest day of the year. 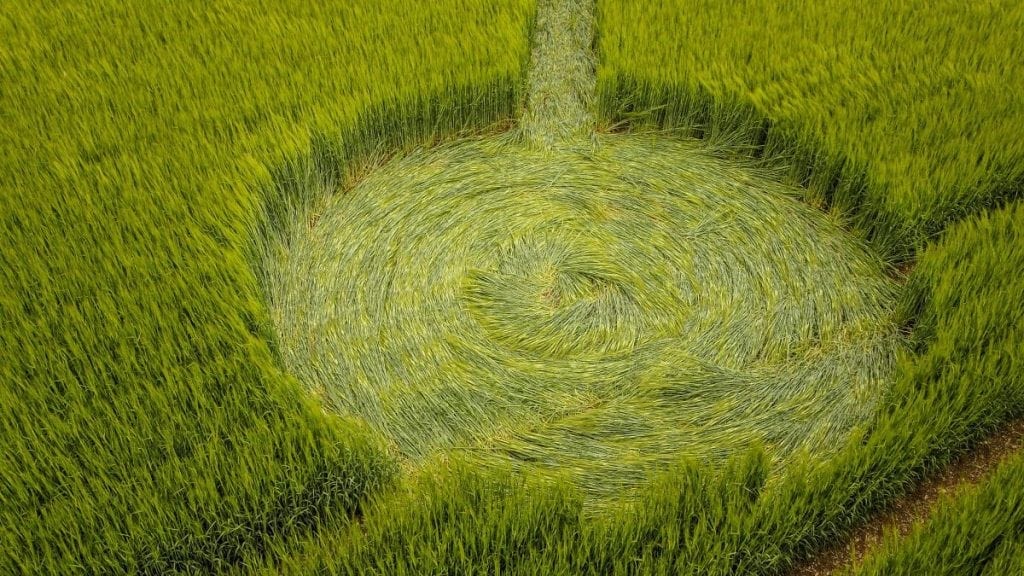 Summer Solstice is a religious celebration among pagan circles, and every year thousands descend on the historic stone circle to herald midsummer.

Matthew Williams captured the stunning formation, near Amesbury, Wilts., about a mile next to the world heritage site. 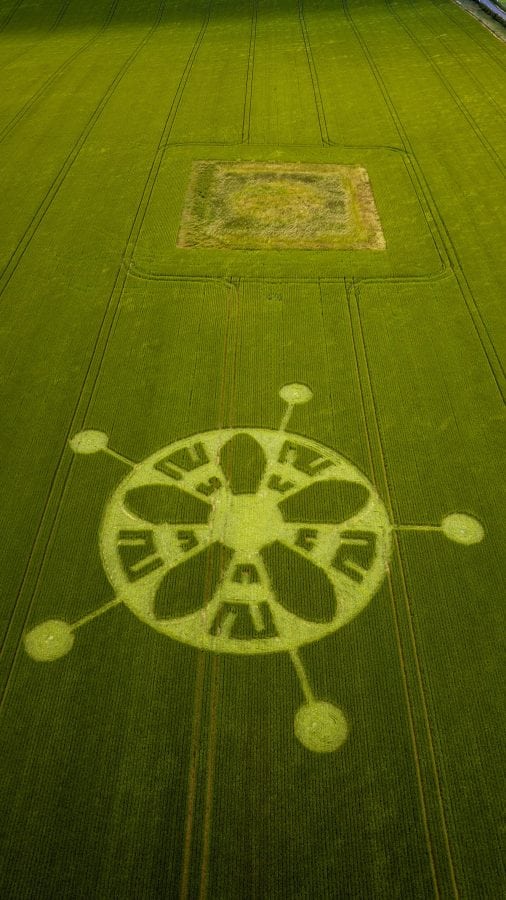 The 47-year-old crop circle expert reckons it might have been created to symbolise the passage of time.

Matthew, of Avebury, Wilts., said: “I think it’s quite timely that it appeared in the area right before the Solstice. 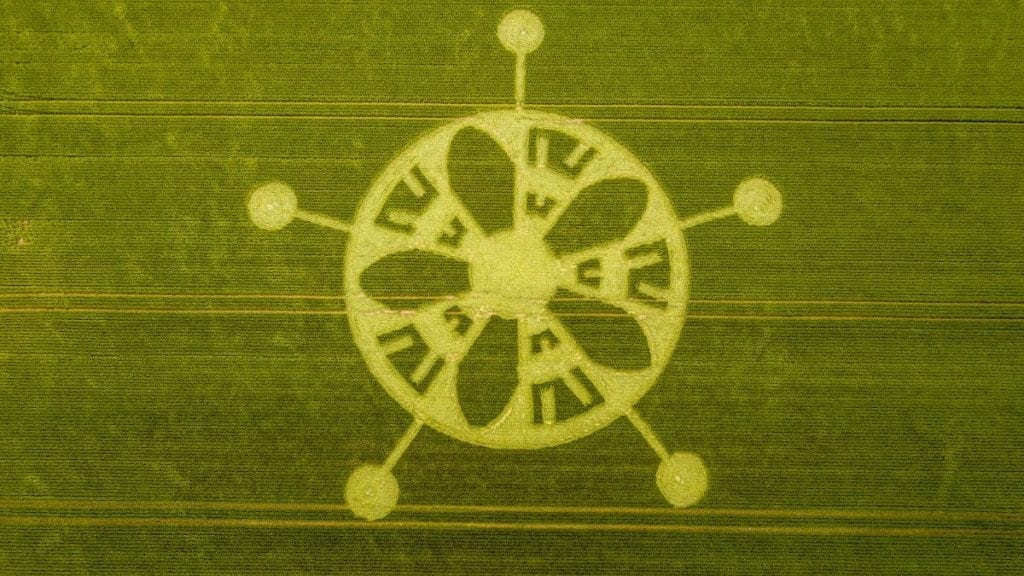 “To me, it kind of looks like a combination lock – but the flowers obviously represent the passage of time and the changing of the seasons.

“It’s very unusual to see offset shapes in these geometric designs, so that’s why I think this is a special formation. 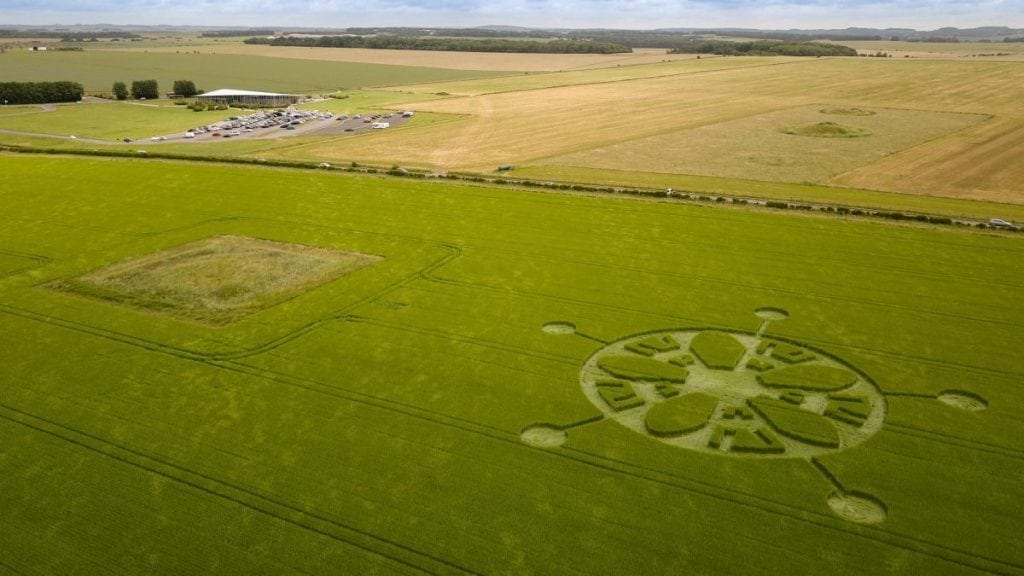 “Plus, it’s right next to an ancient barrow – so it just adds to the history of the area.”