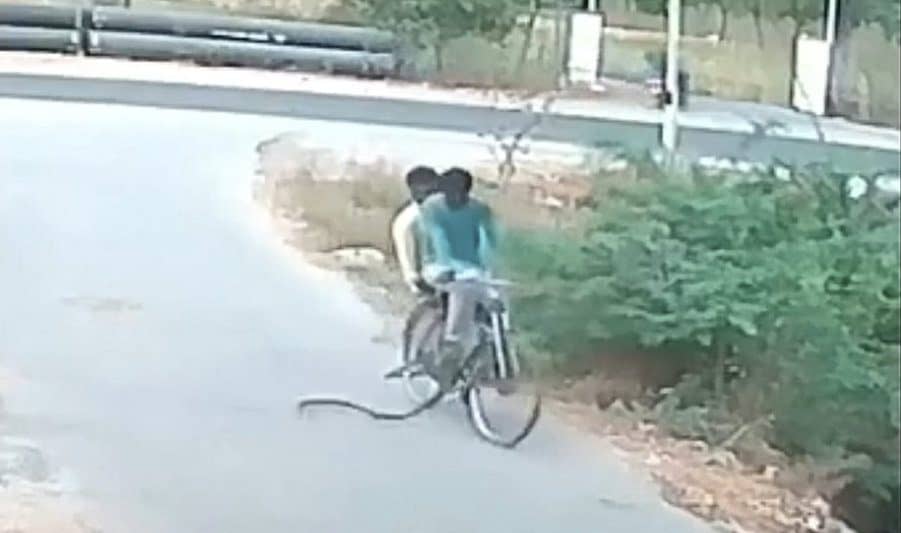 CCTV has captured the moment a SNAKE attacked a cyclist – springing on to the bike and wrapping itself around the wheel.

The clip shows the bike turn on to the road and then the snake – thought to be a spectacled cobra – slither across the tarmac.

The cyclist and his passenger watch as it appears to launch itself towards the moving push bike, before getting tangled in the spokes.

They both leap from the bike and run away in fear, along the road in Telangana, southern India, February 9.

A local source said: “As soon as the riders realised the presence of the reptile they sprang up from the vehicle and ran away for their life.

“The breed of the snake was not confirmed but it is being believed to be a spectacled Cobra.

“Neither of them were injured in the incident – but some parts of the bicycle were left damaged due to the fall.”