Google Maps Street View witnessed the terrifying moment a man stumbles backwards down a flight of stairs as it drove through the quiet streets of New Jersey, USA

by Ben Gelblum
in Tech and Auto, Weird News 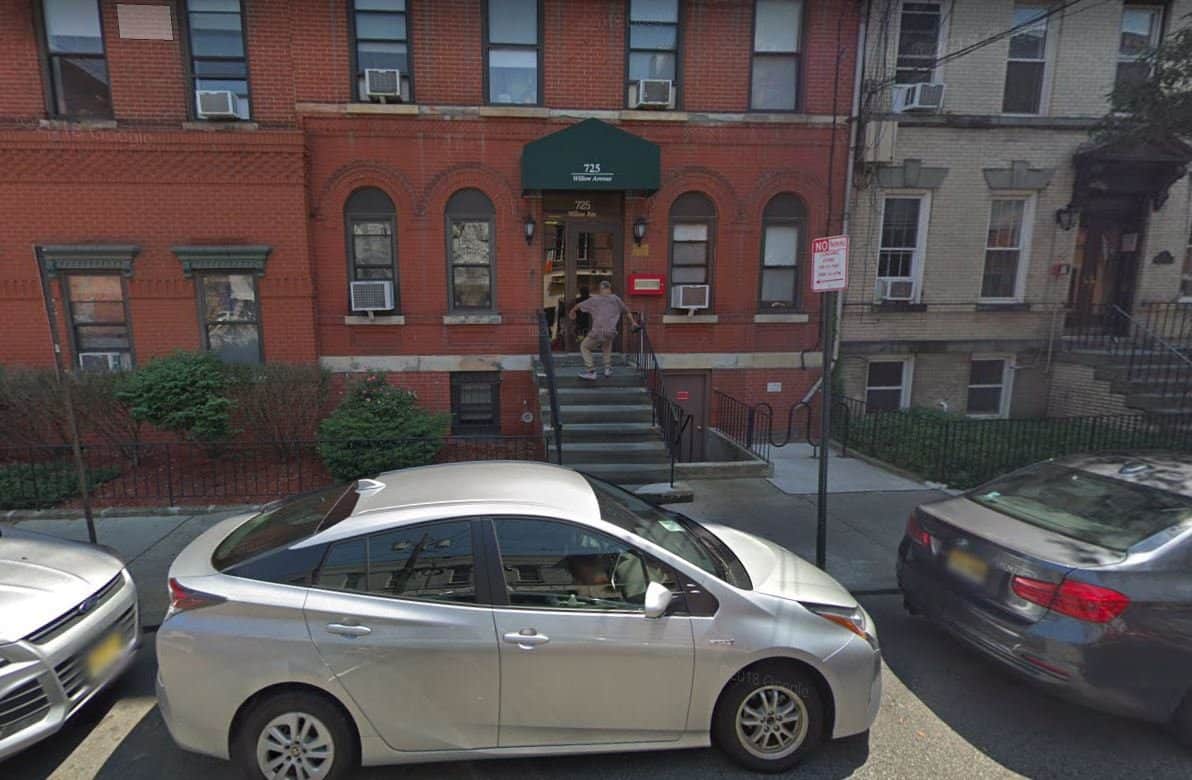 Eagle-eyed Google Maps captured the dramatic moment a man tumbled backwards down a flight of stairs in real-time scenes.

The street view cameras were driving down a quiet residential road when they captured what appears to be a delivery man’s horror fall.

A man wearing a brown top and grey trousers can be seen mid-way up a flight of stairs, heading towards the front door of a five-storey building on Willow Avenue, in New Jersey, USA.

At the exact moment the van reaches the red-brick building, the man looks as though he is loses his balance and reaches for the hand rail.

As the 360 degree view camera continues down the road, the man appears to have missed his grip.

The cameras captured the potentially painful moment as he landed on his back at the bottom of the concrete steps in an accident waiting to happen.

The Google Maps vehicle, topped with a camera lens, captures the world’s streets and allows viewers to explore towns and cities in great detail.