He says he plans to turn his land into a safari as he fears farming industry will struggle after Brexit. 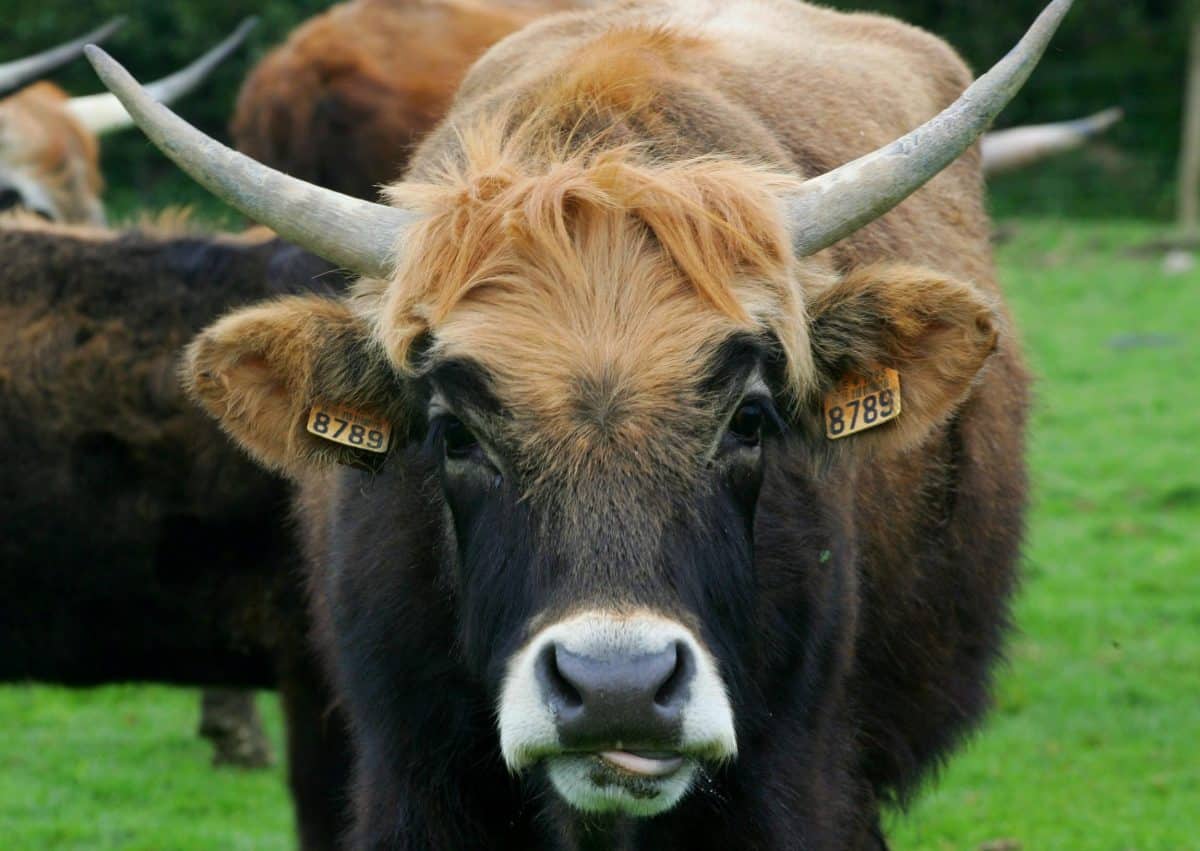 A British farmer is preparing for Brexit by importing Nazi-engineered cows.

Derek Gow, 54, is creating a safari which will include a range of exotic animals such as wild boar, English wild cats – and a herd of Heck cows.

The breed of Heck were engineered by German zoologist brothers Heinz and Lutz Heck, who were commissioned by the Nazis.

Derek has now imported them onto his farm in Lifton, Devon, so his business can continue to flourish once Britain leaves the EU.

Farming industry will struggle after Brexit

He says he plans to turn his land into a safari as he fears farming industry will struggle after Brexit.

Derek said: “The reason we’re doing it is because farming is becoming increasingly uneconomic.

“Without the EU subsidies, if we continued to farm we would be unprofitable.”

The Heck cows are huge, horned, and aggressive – and are thought to be the closest living relative to stone age Aurochs.

The Aurochs were a wild species of bull that once roamed Britain’s countryside.

“The Nazis wanted to go out and hunt them, that’s why they were made.”

Most of the breed were slaughtered after the Second World War, but after a lot of experimenting Mr Gow now has 13 of them on his land.

He added: “They can be nervous but they’re not too aggressive.

“They look like the extinct animals that used to roam the British countryside, that’s why we wanted them.”

Mr Gow said he has selected 13 calm specimens of Heck cow to breed from, after admitting that some aggressive cows had to be slaughtered after trying to kill his staff.

He continued: “We’re starting it all now, the safari will be operational next year.

“It’s been an awful lot of work but I hope people will find it interesting.”

Ecologist Derek, who is originally from Dundee, is renowned for his work reintroducing animals into nature.

He pioneered the captive breeding and reintroduction of water voles and played a key role in the return of beavers to Britain.

Last year we reported how Mr Gow had drawn up a briefing for ministers about the potential reintroduction of British wildcats.

It is believed that wildcats could help to cull grey squirrels, an invasive species which has driven out native red squirrels from most of the country.

Speaking at the time he said forestry organisations were very keen on the idea.