Simon Byrne said he took part in a “candid” 30-minute conversation with the Prime Minister by video call today. 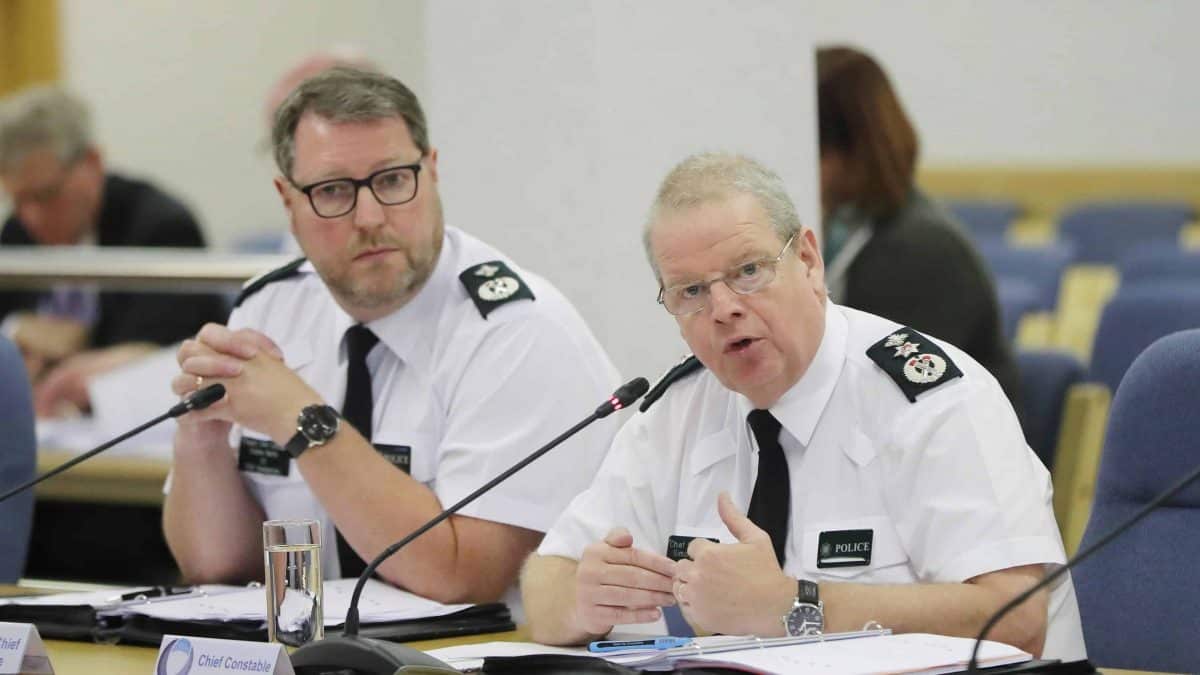 Northern Ireland’s chief constable has told Boris Johnson that it would be nigh-on impossible to try and police over 300 Irish border crossings with his current officer numbers.

Simon Byrne said he took part in a “candid” 30-minute conversation with the Prime Minister by video call on Thursday.

“We were face to face on a video call for over half an hour,” he said.

“It was a very open conversation, trying to tell him we saw that it was nigh-on impossible to try and police over 300 crossings with the amount of police officers we had.

“It was a candid conversation, he was responsive to what we said and at the end of the day, how it landed and what he thought… you’re going to have to ask him.”

Earlier this week it emerged that under the Prime Minister’s Brexit plan, Northern Ireland would remain in the European single market for goods but leave the customs union.

Proposals suggest that most customs checks could be carried out electronically but a small number of physical checks would be required either at business premises or at points on the supply chain.

Police will not staff any form of border security

“We have been working closely with the Northern Ireland Office to understand our constitutional position in relation to any proposed changes to border arrangements, and I have been clear with the NIO in particular that it will not be the role of the PSNI to staff any form of border security,” he said.

He added the force is there to facilitate normality and day-to-day policing, “but not to carry out custom checks”.

The meeting of the Northern Ireland Policing Board approved a request by Mr Byrne for additional officers.

Board chairwoman Anne Connolly said there was no dissent among the board on the request.

“Seeing all of the pressures the PSNI is under, without Brexit, certainly with legacy, the board was more than happy to support that.

“We will be following that through with a proper business case that has to go to the Department of Justice,” she said.

“That may not even be enough either depending on how Brexit goes.”

Related: ‘If that is the final proposal, there will be no deal’ Ireland’s Varadkar on Johnson’s Brexit plan