The massive blockage was caused by a sexy pink camisole. 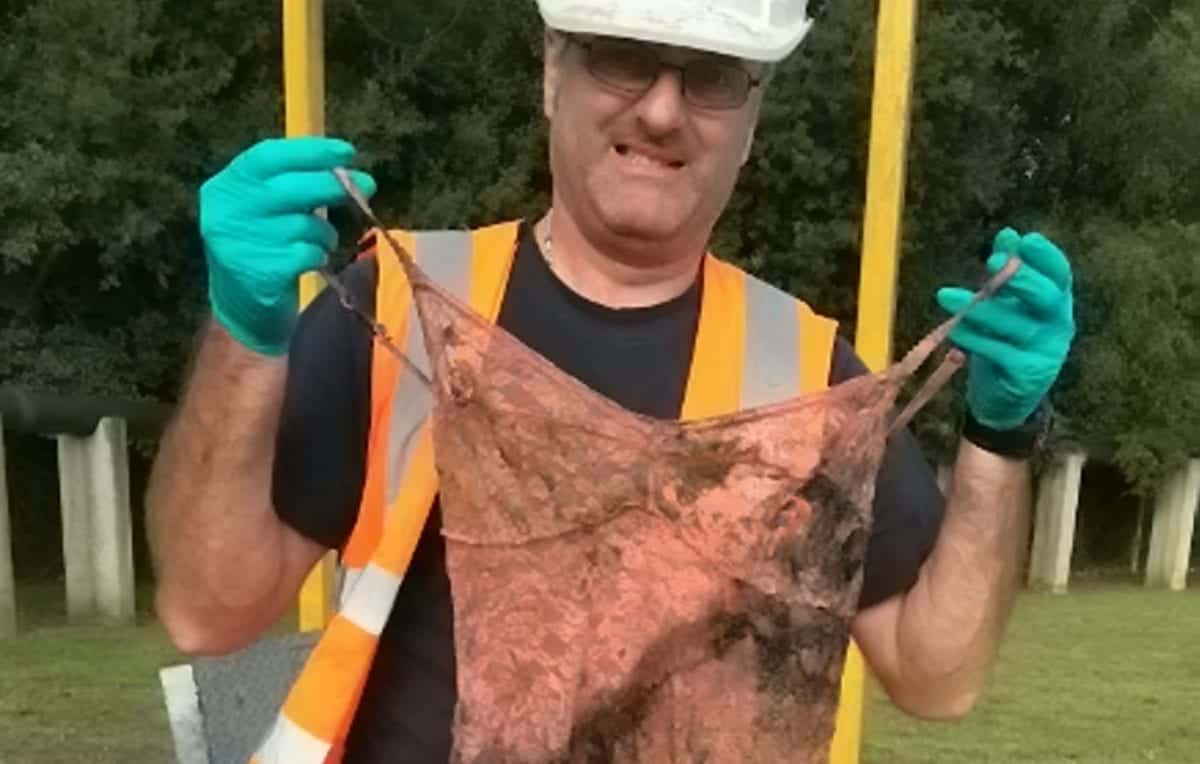 A huge sewer was blocked after a mystery person flushed a lacy negligee down the toilet.

Thames Water engineers were shocked to find a lacy camisole top blocking a sewer pumping station for thousands of homes.

The coral sleeveless top was branded the “ultimate fashion faux pas” after engineers discovered it clung on to dirty wet wipes blocking the 4-inch diameter pipe.

The “unique” blockage caused sewage problems for thousands of residents in Surrey and Hampshire after it was flushed down a toilet earlier this month.

Technician Andy Dickson, who found it in a pumping station in Bordon, Hampshire, said: “The top was clearly no longer wanted by its owner but down the toilet is obviously not the place to get rid. 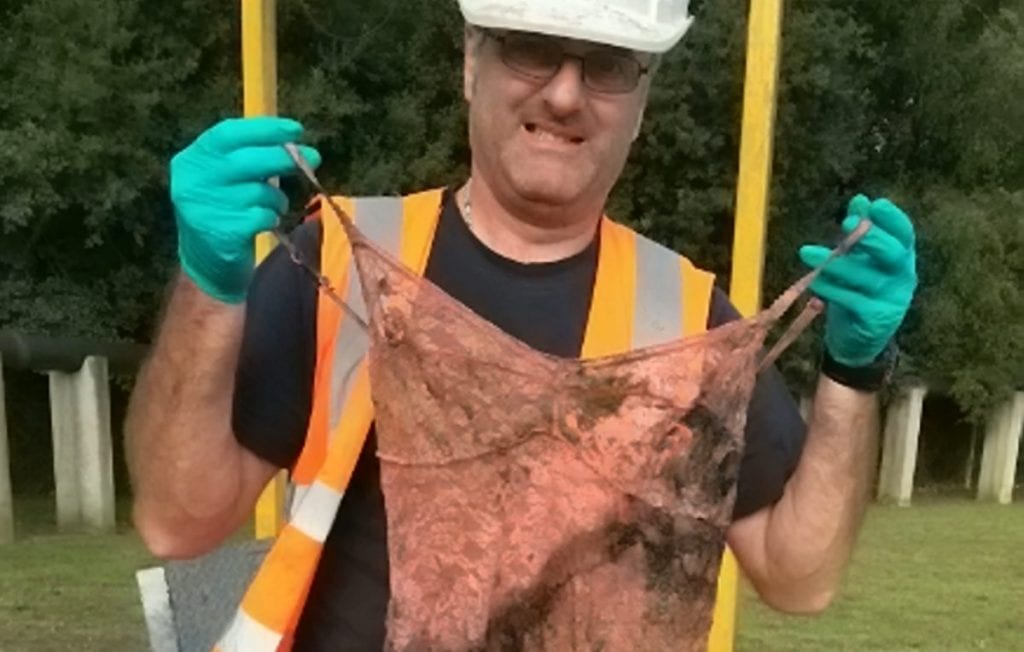 “The picture really highlights the kind of thing we have to deal with every day at Thames Water.

“As we saw here, even things like clothes can mix with other items, especially wet wipes and sanitary items, and plug our sewers.

“This can have serious consequences to our customers’ homes, with wastewater backing up into their toilets, and the environment, which we all work really hard to protect from pollution.”

He joked the discarded women’s vest was not his “style or size” but his boss Adrian Hurford, Thames Water field operations manager, was not impressed.

He said: “While the camisole was certainly unique, blockages of this nature are becoming very common.

“We would urge everyone to think about what it is they’re putting down toilets. 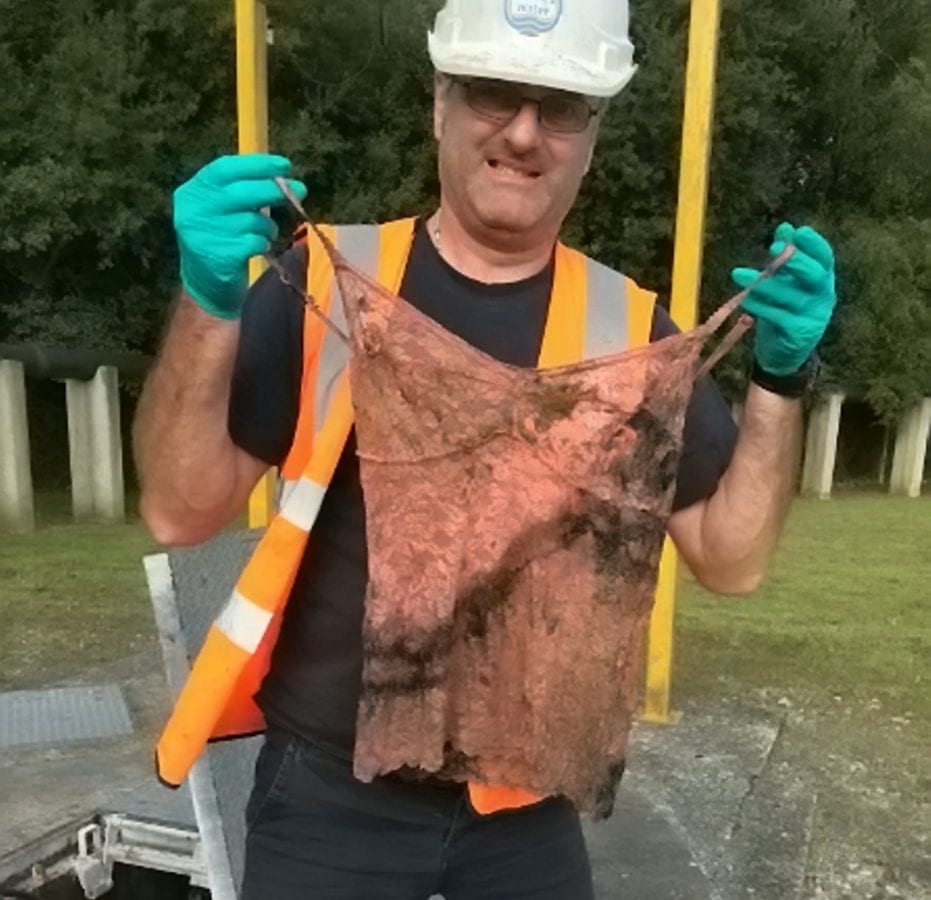 “The blockages can cause flooding in homes and it is the owner who could end up shouldering the cost.

“The three Ps are all that should be put down the loo – poo, pee and paper,”

A Thames Water spokesman said several hypodermic needles found in the clear-up created an added risk to technicians who had to unblock the sewer.

He said: “Each year, Thames Water deals with 75,000 blockages across its network caused by unflushable items being put down the drains, including hundreds in the Bordon network.

“Thames Water’s #BinIt campaign asks people to put cooking oil in the bin rather than down the sink while wet wipes should never be flushed down the loo.

“Thames Water’s business plan for 2020-25 includes a commitment to work with customers to keep fat and wet wipes out of the sewers, helping reduce blockages to 65,000 a year while cutting pollution by 18 per cent.”