This is the moment rowdy football away fans were given a lift to the PUB after a match – in the back of a police riot van. Leeds fans said officers spotted them heading towards a pub popular with Bristol City fans after their 0-3 victory on Sunday and quickly ushered them away. But instead […] 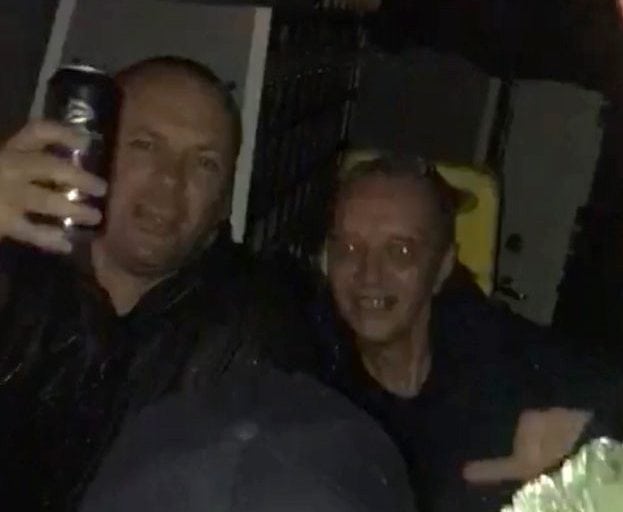 This is the moment rowdy football away fans were given a lift to the PUB after a match – in the back of a police riot van.

Leeds fans said officers spotted them heading towards a pub popular with Bristol City fans after their 0-3 victory on Sunday and quickly ushered them away.

But instead of marching the 40-strong gang of fans three miles to the train station in the pouring rain, officers from Avon and Somerset Police offered them a lift.

The Leeds fans could hardly believe their luck when they piled into four riot vans for a “taxi ride” across the city – right to the door of their chosen pub.

Cliff Silk, 53, who filmed his pals chanting and boozing in the back said they even had a whip-round collecting £18 for the officers’ tea and coffee fund to say thanks.

The video shows the two officers waving to the camera while the fans shout “we’re Leeds United and we don’t give a ****” – with cans in their hands.

According to people commenting online, one of the Leeds fans in the film is convicted football hooligan Aaron Cawley.

Cawley was jailed for four months and banned from all matches for six years in 2012 for running on the pitch and punching Sheffield goalkeeper Chris Kirkland.

Cliff, a warehouse worker from Doncaster said: “I wish all police officers treated away fans like that.

“If I could get that treatment at every away game I’d be very happy.

“The police didn’t much want to walk for three miles in the rain – and neither did we.

“We didn’t know where we were going. We came out the game all happy and saw this pub called The Robins so thought we’d go for a drink.

“The police came over and said ‘you’re not going in there’. He said he was full of Bristol City fans. I said ‘I’m 53, I’m not interested in trouble, it doesn’t bother me’.

“But we carried on walking and the police officer came up to me and asked where we needed to be.

“I told him we wanted to get to the Wetherspoons pub near the station and he said ‘no problem’ and we got in the vans. 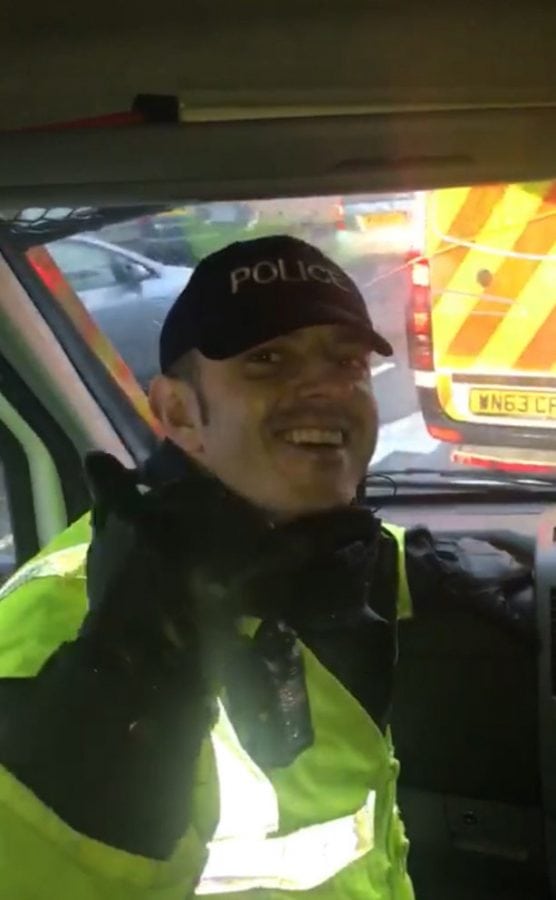 “People were making comments online about how it was a waste of taxpayers money, but do you want 40 football fans on the streets wandering about?

“They didn’t want to walk three miles – and neither did I.

“The officers were a credit to the city and the force. They were fantastic.

“We had a collection in our van and managed to get £18. The officer said he couldn’t take it, but we put it on the seat and told them to put it in their tea fund.

Cliff said him and his pals had driven down in two cars – with him as one of the designated drivers – for the game in Bristol on Sunday.

They parked near the train station, headed to City’s Ashton Gate ground, almost wandered into The Robins pub, and got a lift to a pub near their cars.

Cliff said contrary to comments posted on Facebook under the clip, the men wore their seat belts once the van was moving.

A spokesman for Avon and Somerset police said they were “always cautious about allowing away fans to drink in public houses which are used mainly by home fans”.