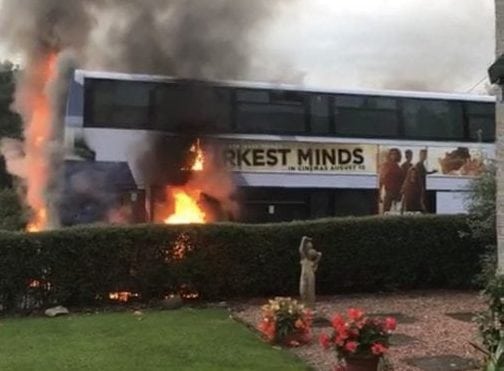 A double decker bus burst into flames yesterday in the village of Allandale near Falkirk .

Scottish Fire and Rescue were alerted around 8.05pm to a bus in flames on Seabeggs Road which runs between Allandale and Bonnybridge. 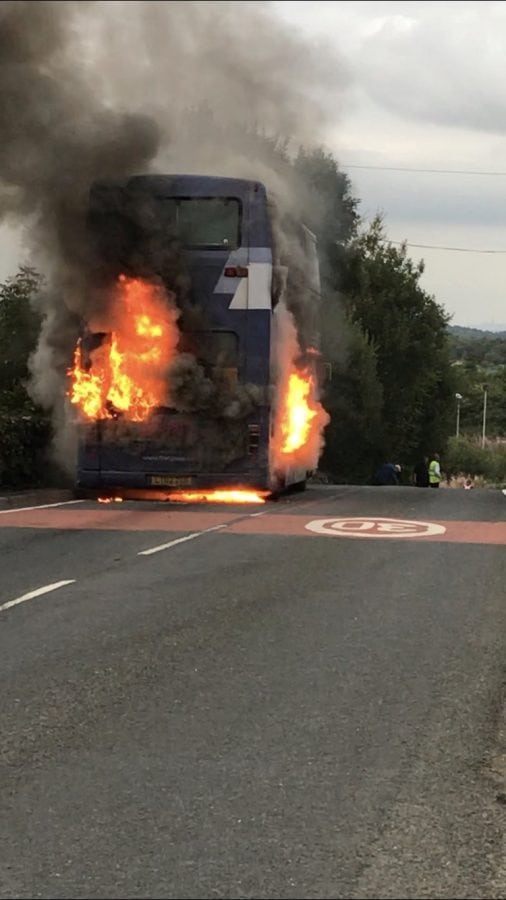 Fire fighters were on the scene for around an hour extinguishing the fire. 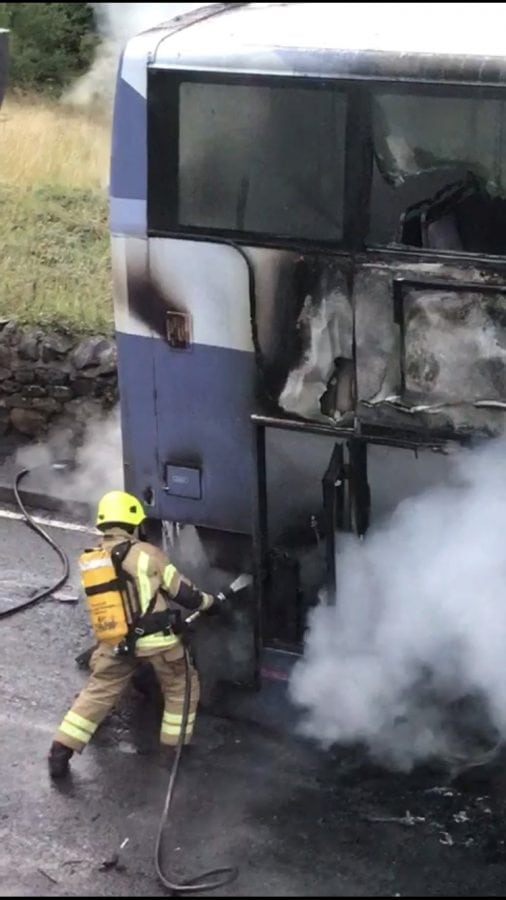 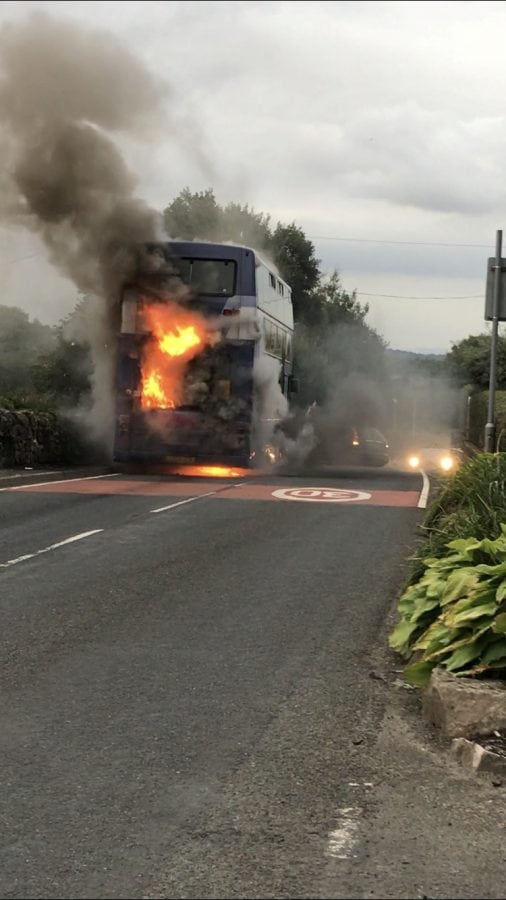 “There were no casualties. 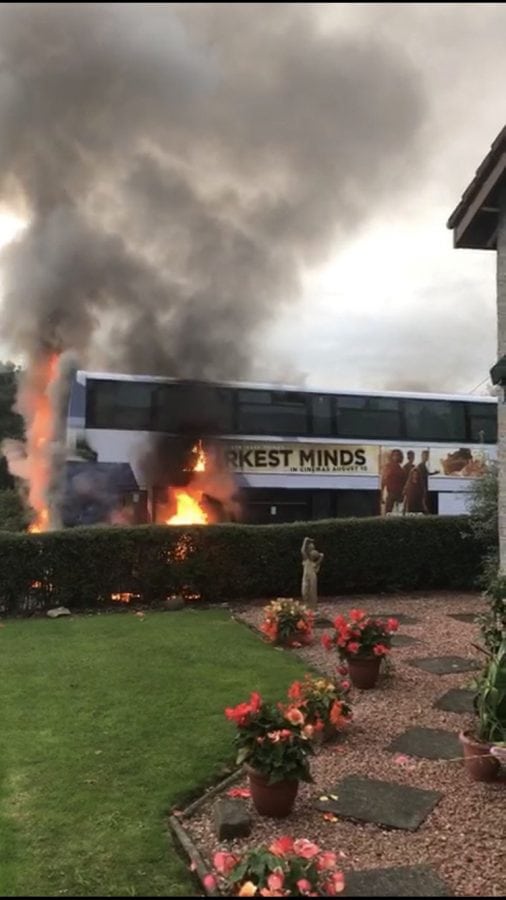 “Crews left the scene at 9.33pm after ensuring the area was made safe.”