Lior Kestenberg, 21, shot the terrifying images in the mountains of Israel 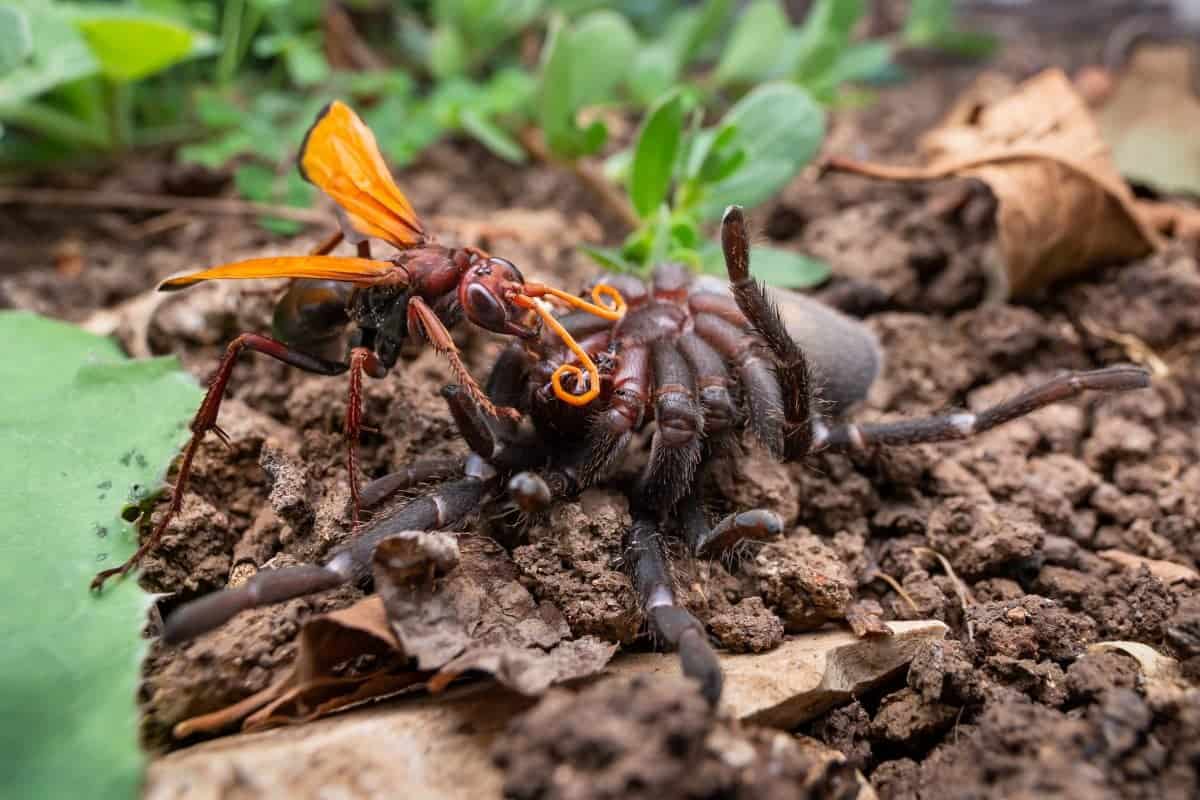 These incredible pictures and video capture the “once-in-a-lifetime” sight of a giant wasp attacking and killing an even bigger tarantula.

Lior Kestenberg, 21, was packing his bags after a trip to the mountains in Israel when he heard a peculiar sound coming from outside.

He walked into the garden to see the massive black spider wrestling with a huge wasp, and dashed to get his camera and record the “once-in-a-lifetime opportunity”. 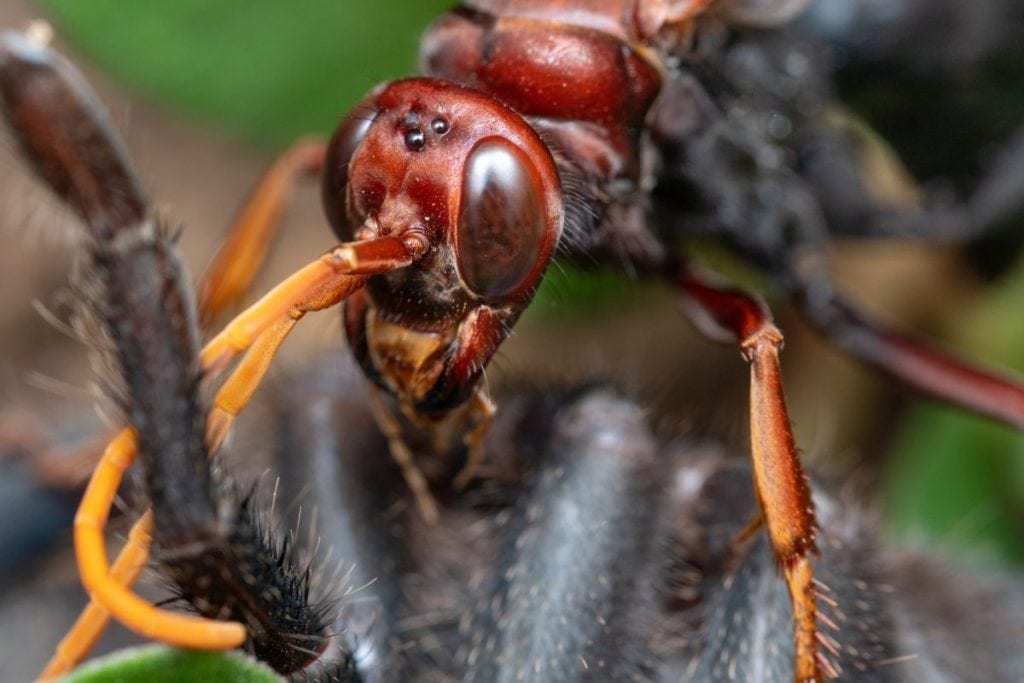 The unnerving images show the giant flying insect – known as a tarantula hawk – hovering over the highly venomous spider.

Lior, from Israel said: “Someone who’s less of an insect geek would have probably placed his bet on the tarantula.

“It is larger, heavier and beefier, and it has two fangs packed with venom for killing its prey.

“In fact, this was the entire opposite. The wasp is the attacker here, and it’s called a tarantula hawk for a reason.”

The winged insect can grow up to 2ins in length as adults, while the spider – sometimes referred to as a ‘black furry’ – can reach up to 4ins. 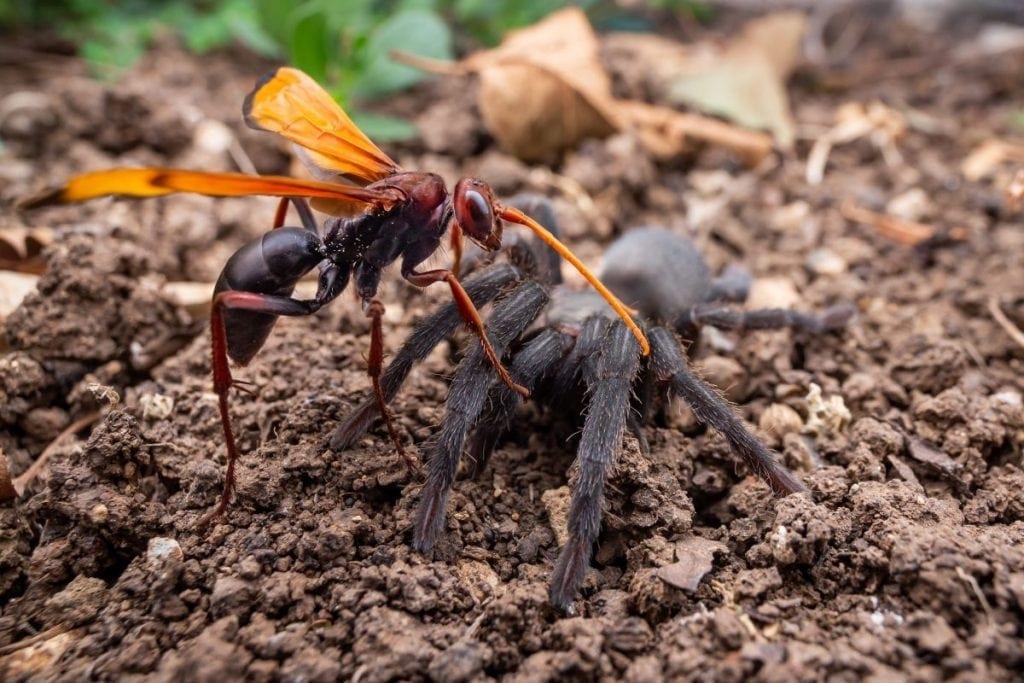 More pictures capture the wasp as it avoids the spider’s desperate biting attempts, and deliveres several fast and accurate stings.

Lior added: “The tarantula hawk sting is considered amongst the most painful an insect can inflict.

“For us two-legged mammals, being stung by this flying hunter results in excruciating pain, but for a spider it’s much worse.”

Lior described how the wasp flew into the air while the spider – now completely paralysed – lay on its back with its legs folded.

He added: “I left the two for a few minutes and when I came back I couldn’t find any evidence they were ever there.

“However, the wasp probably took the spider to a burrow she had prepared before, and this is where it gets really bad and rather freaky.”

According to Lior, the wasp would not have been hunting the arachnid for herself but for her offspring. 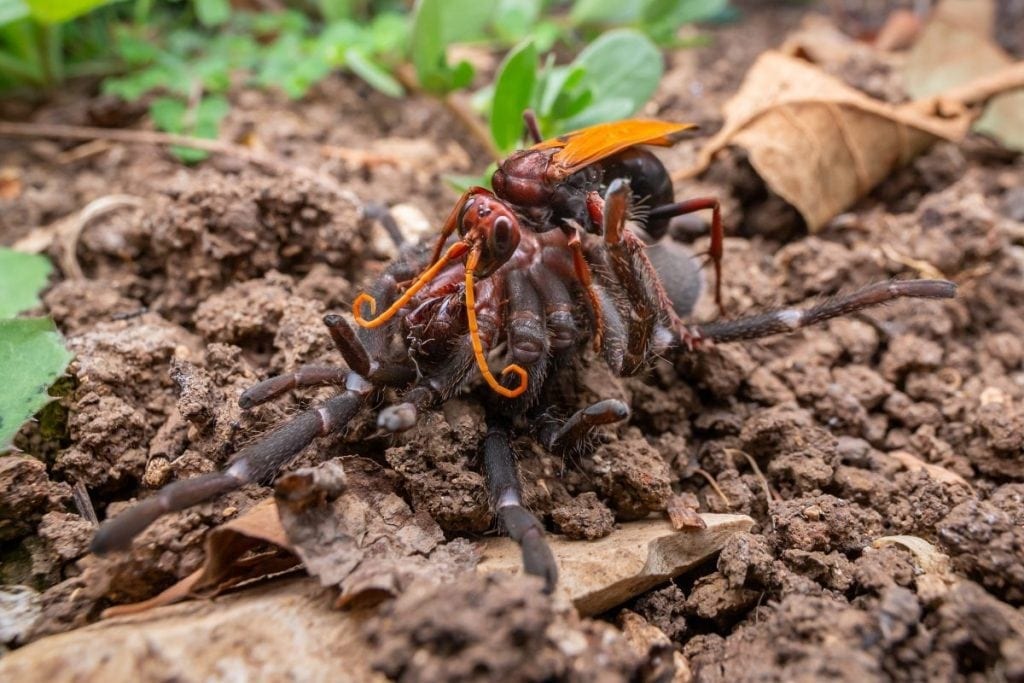 He added: “She will place the spider securely inside the burrow, and then lay a single egg on its body.

“Having done her part, she will get out and seal the exit to this ‘pit of paralysed despair’ she has created.

“When the wasp larva hatches, it will chew its way inside the tarantula, to enjoy an all-you-can-eat spider buffet. 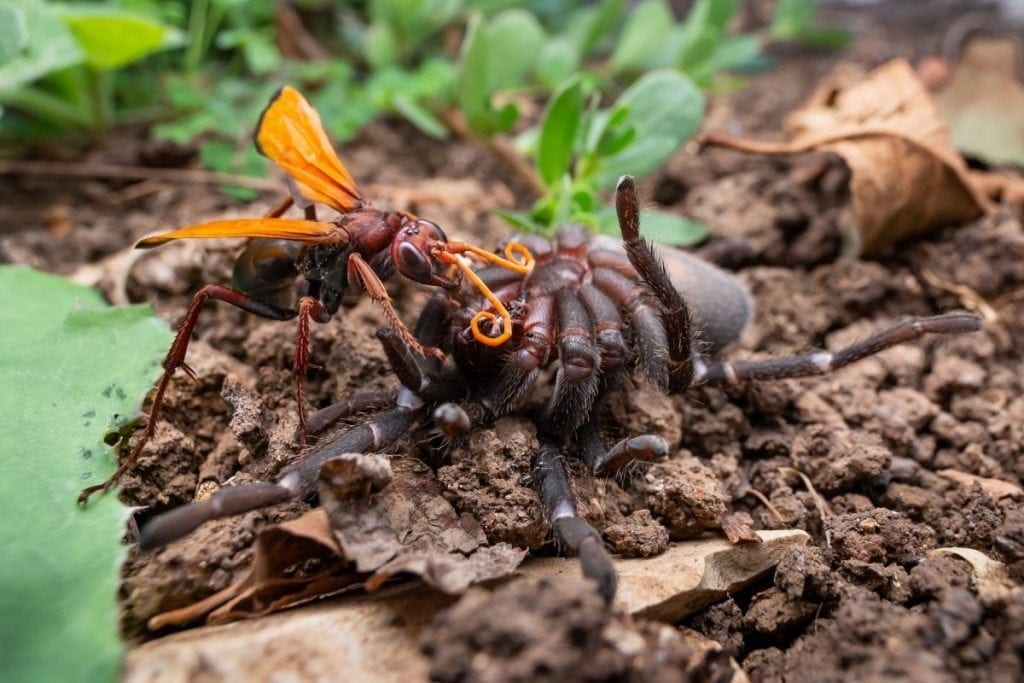 “It will feed on the spider’s internal organs without disturbance, avoiding the vital ones as long as possible, keeping the spider alive for the entire time, so that it will remain fresh.

“Several weeks later, the larvae will pupate and emerge from the pupae as a fully grown adult tarantula hawk ready to find its own tarantula, and repeat this incredible cycle.”