Owner Barry Gell, 80, picked up Jess from a kennel in 2005 and soon after started training her to pick up balls on golf courses. Even more impressive is the fact that Jess has even been trained to not touch another golfer’s balls, meaning she doesn’t interfere with play. Barry said: “She has saved me […] 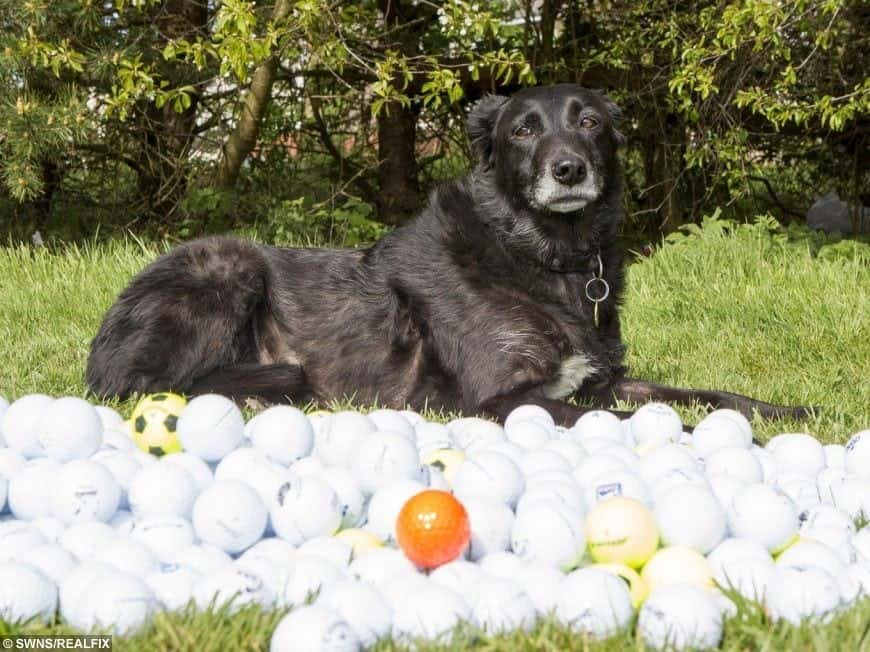 Owner Barry Gell, 80, picked up Jess from a kennel in 2005 and soon after started training her to pick up balls on golf courses. Even more impressive is the fact that Jess has even been trained to not touch another golfer’s balls, meaning she doesn’t interfere with play.

Barry said: “She has saved me a fortune. Golf balls can be expensive over the course of years, but I haven’t bought a single ball for 12 years. “The trouble is that I’ve got more golf balls than I would ever need now.

“I have a spare bed in my house which has about 5,000 balls on it. I keep the majority of them because I can’t get rid of them.

“I never charge for them but I could make a lot of money. Another member at my golf course told me I have a couple of balls which are worth over £100 a piece, because they were made in 1906”

“Although nobody gives me money, some people when they go abroad for their holidays buy whisky and fill me up with that. I don’t say no. 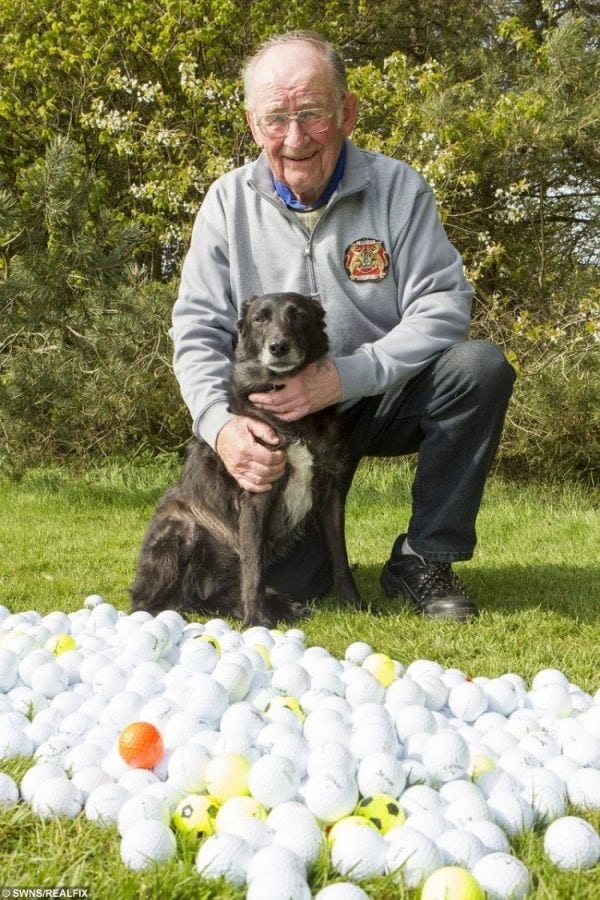 “I used to take the balls to charity shops but they started turning me away because they couldn’t cope with the amount of balls I was giving them. I’ll get rid of them eventually,” he said.

Barry, who has shot a remarkable 17 holes-in-one in his golfing career and still plays five times a week, said Jess was not always the calm, working dog she is now.

He explained: “She was wandering about Inverness for two months before going to a kennel. We went and got her and she was wild. I couldn’t let her off a lead for months.

“She is fine now, though. She’s wonderful and it’s very rare that I have her on a lead, even when we’re at the golf club.”

Thanks to Barry’s diary, he can recall some record days for Jess.

He said: “One day the course was busy so I just went a walk with Jess because it was a nice day. In an hour and a half of walking, Jess collected enough balls to fill two carrier bags. 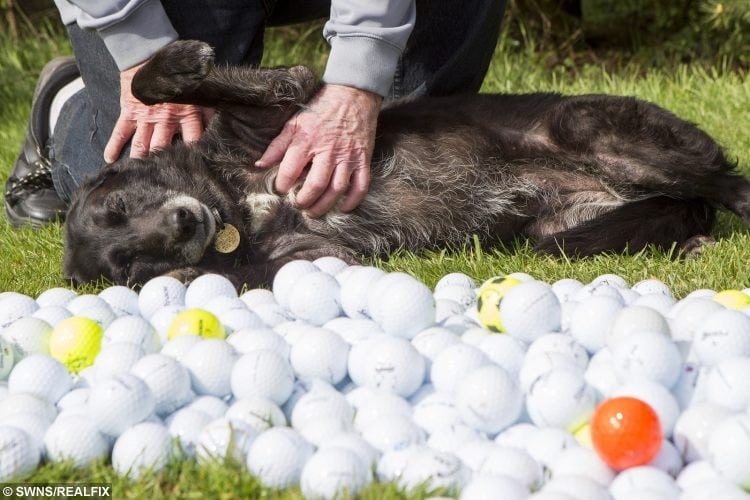 “I counted them and I couldn’t believe but there were 76 balls in there. That was roughly 90 minutes work for her. I don’t know how she managed it,” he said.

“I can sit anywhere on the course and she’ll never go more than 30 yards from me. She’ll just go round the bushes finding all the balls.”

Despite the good nature of Jess, Barry admits she is not stupid.

He said: “She started bringing me two balls at a time once, but she realised that she was still only getting one biscuit, so she stopped that quite quickly.”