Strength: 5.2% ABV Brewed: Fuquay Varina, North Carolina Launched at the end of 2008, Aviator Brewing Company began life in an airplane hangar. Using a hangar at Triple W airport in North Carolina as a base, a range of beers were initially brewed in a DIY fashion, using two used dairy tanks. Against all odds, […] 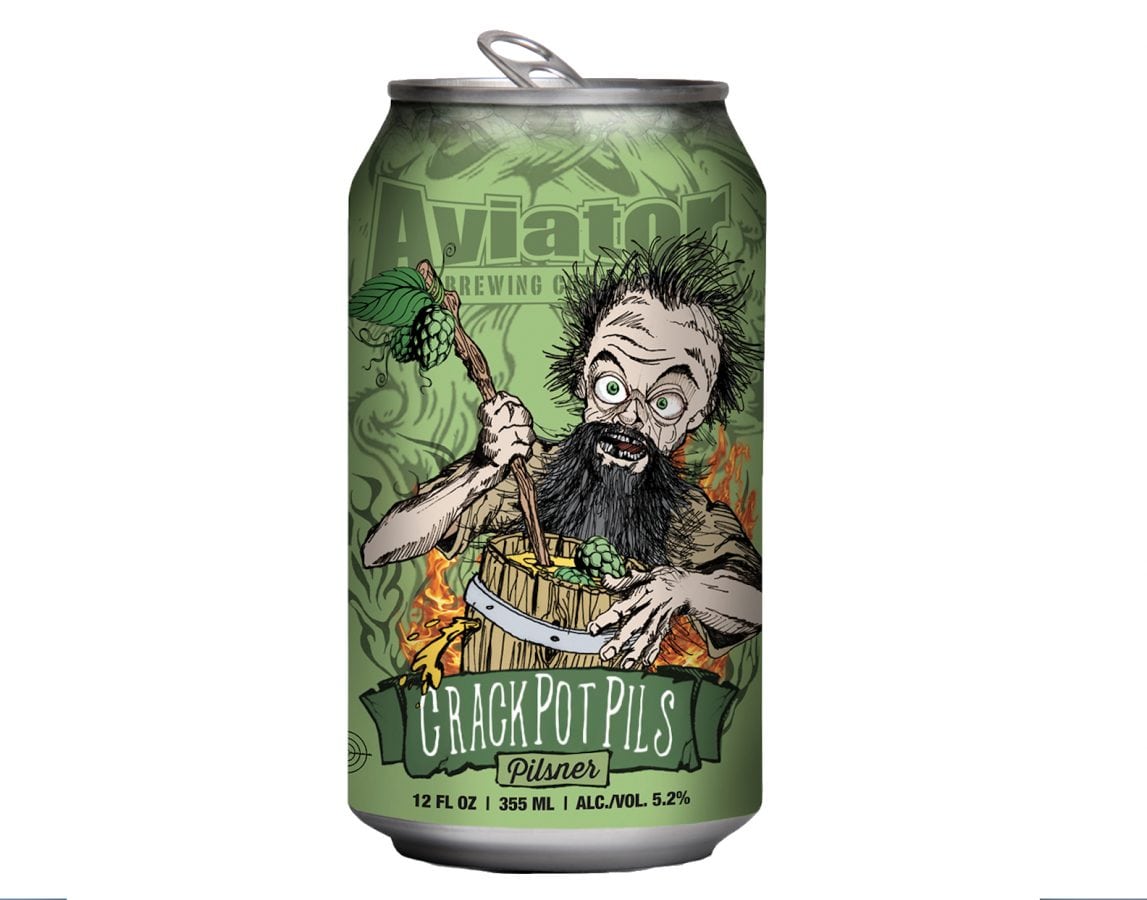 Launched at the end of 2008, Aviator Brewing Company began life in an airplane hangar. Using a hangar at Triple W airport in North Carolina as a base, a range of beers were initially brewed in a DIY fashion, using two used dairy tanks. Against all odds, said beer became hugely popular and demand increased enough for the brewery to open a larger premise, just a short distance from the original. Now, a vast brewery expansion is currently on the cards, set to increase the capacity on a new five-acre site. In addition, Aviator Brewing Co will also open a new restaurant, joining the four locations in Fuquay Varina already occupied by the brewery (a Smokehouse BBQ restaurant, beer shop, tap house, and the brewery itself).

Boasting one of the world’s fastest craft beer canning lines, Aviator’s beers are encased within striking, artistically decorated cans. From the core range, ‘Crackpot Pils’ is a Bohemian Pils-style beer, “in honour of those days that don’t seem to make any sense.” Brewed with German pilsner malt, Czech Saaz hops and German Hallertau Mittelfruh hops, the result here is a quaffable, effervescent take on a Czech pilsner. When poured, the beer’s golden-straw complexion is topped with a fair white head and has visible carbonation. On the nose, notes of sweet malt, honey, grass and spice from the Saaz hops are followed by a subtle spiciness, which continues onto the palate. In addition to the spice, plenty of floral and subdued citrus notes (mainly lemon rind) are presented by the Bavarian lager hops used, while the Saaz brings an underlying earthiness that continues onto the finish with some more citrus. The finish is relatively short with an elusive sweetness and lack of bitterness, as is to be expected from a brew of this kind. Overall, ‘Crackpot Pils’ is an easy drinking beer: on the palate, it’s a convincing session beer, though the relatively high ABV suggests otherwise.

Further information on Aviator Brewing Company can be found at aviatorbrew.com.