Villagers have been left baffled by a £50,000 Maserati which has been parked in the same place for more than a week. The luxury white sports car first appeared in a village hall car park last weekend – but still hasn’t been moved eight days on. The two-door Maserati Ghibli was perfectly parked by the […] 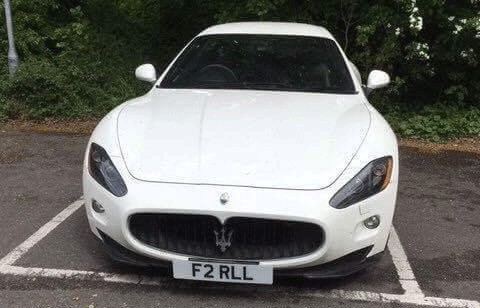 Villagers have been left baffled by a £50,000 Maserati which has been parked in the same place for more than a week.

The two-door Maserati Ghibli was perfectly parked by the driver who reversed the vehicle into a bay before abandoning it.

But the car has a private registration plate which residents in East Hanningfield, Essex, believe could be fake or not registered.

Deborah Jenkins, 49, said: “We can’t believe no-one has been to collect it yet, it’s been over a week.

“It’s almost as if someone has parked it there and forgotten about it but there aren’t many people who could leave a car worth that much lying around.

“We are wondering whether we can claim it for ourselves if no-one comes to collect it soon.” Others shared their amusement over the mystery car on social media.

Mark Ebsworth wrote on Facebook: “Exemplary parking by whoever stole it.”

Leah Mead said: “Well if it’s going spare, I will have it!”

And Corinna Plum joked: “Dam…I forgot where I parked the bloody thing.”

The car’s presence has been reported to Essex Police.