A final year university student is hoping she’s got the X-Factor to land a first class honours degree – after writing her dissertation about ONE DIRECTION. Pollyanna Kehoe, 20, is penning a 13,000 word Sociology essay entirely based on the “fandom” surrounding the biggest boy band on the planet The 1D megafan has whole […]

by Joe Mellor
in Music, Must Reads 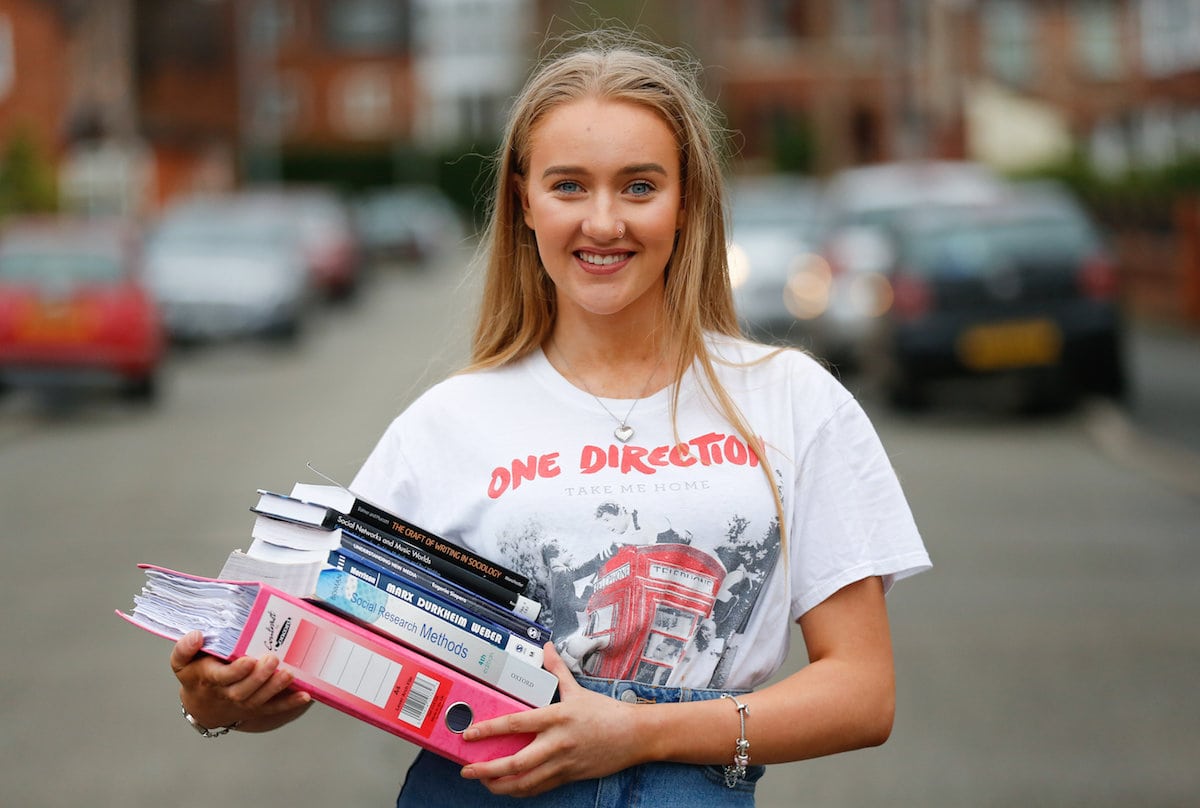 A final year university student is hoping she’s got the X-Factor to land a first class honours degree – after writing her dissertation about ONE DIRECTION.

Pollyanna Kehoe, 20, is penning a 13,000 word Sociology essay entirely based on the “fandom” surrounding the biggest boy band on the planet

The 1D megafan has whole sections dedicated to Zayn Malik leaving the group and even the Harry Styles and Louis Tomlinson “bromance”.

Pollyanna said she decided to focus on her favourite band after her course tutor at the University of Manchester told her to write about something she was passionate about.

But she admitted fellow students and other lecturers laughed when she told them the subject matter of her dissertation and looked at her as though she was “a bit crazy.”

Yesterday (Tue) Pollyanna, who has seen the band six times and previously ran a One Direction fan account on Twitter with 10,000 followers, said: “Originally I wanted to write something surrounding addictions to mobile phones and music fandoms.

“I’m a big One Direction fan and thought there isn’t really a bigger fandom out there than that so I thought ‘why not?’

“The remit was pretty broad as to what we could write about and the tutor said to write about something I was passionate about.

“Having seen them six times and ran a Twitter fan account I was already in a good position in terms of subject knowledge, so I just went for it.”

Fandoms are described as “fans of a particular person, team, fictional series, etc. regarded collectively as a community or subculture.”

It is also defined online as being a “subculture composed of fans characterized by a feeling of empathy and camaraderie with others who share a common interest.”

Pollyanna, of Solihull, West Mids., added: “The whole thing is a case study on the 1D fandom.

“My argument is that social media fandoms are so different and almost unprecedented that they warrant a whole new explanation.

“So I’m focusing on 1D to prove a new explanation is needed altogether- because they have almost created their own social-world online in its own right.

“When I announced it, there was a big group of us, some of them laughed and others looked at me like I was crazy and weird.”

Pollyanna has so far interviewed several self-confessed “Directioners” from across the globe to find out what makes them so obsessed with Niall, Liam, Louis and Harry.

She added: “I did a lot of reading and then I carried out six interviews on Skype with fans from three different continents.

“I’m referencing a lot of Sociological work on “virtual fandom” but I’ve taken a lot from media studies as well.

“But I’m using the whole thing as an excuse to badger on about them and listen to a load of their music again.

“I’m trying to focus on what makes social media fandoms unique and focusing on events in the band’s history that pretty much caused meltdowns online.

“For example, in 2013 Niall forgot to turn of his webcam which caught him hugging a girl called Amy Green.

“Everybody freaked out on social media. It was like the end of the world for some girls but for everybody else in the world it was absolutely nothing.

“I’m not sure what my final conclusions are going to be but I’m pretty biased that the 1D fandom is the best thing ever and so social media fandoms definitely need a whole new explanation.

“But I don’t hand it in until April so we’ll see where I am a bit nearer the time.”

Pollyanna is aiming for a first class BA honours degree but is unlikely to directly apply that qualification in future as she’s just enrolled on a primary teaching course.

She added: “It’s literally got nothing to do with what I want to do but you never know, maybe I can educate the future generation about the wonder that is One Direction.”