"...new guidelines being announced for schools in England appear to focus more on stoking up divisions and creating a debate about ‘culture wars’ than ensuring that pupils get the best possible education on racism and discrimination is deeply disturbing." 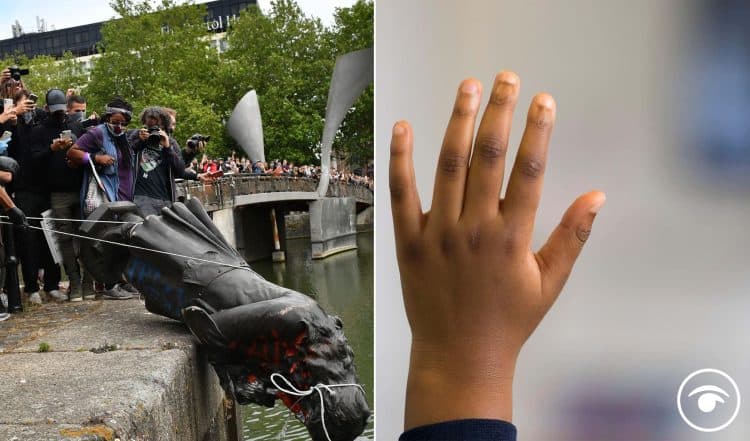 Anti-racism campaigners have criticised new Government guidance on political impartiality in the classroom as “disturbing”, while teachers’ leaders have said it will stop pupils from engaging with challenging issues in the classroom.

It suggests that the teaching of historical figures should focus on “factual information” about them, and that teaching of the British empire should be presented in “a balanced manner”.

One scenario within the guidance refers to teaching pupils about racism and cautions that teachers should be aware that campaign groups such as Black Lives Matter “cover partisan political views”.

Nick Lowles, chief executive of anti-racism group Hope Not Hate, said the guidance appeared to focus on “creating a debate about the ‘culture wars’” rather than helping pupils learn about racism and prejudice.

“The fact that the new guidelines being announced for schools in England appear to focus more on stoking up divisions and creating a debate about ‘culture wars’ than ensuring that pupils get the best possible education on racism and discrimination is deeply disturbing,” he said.

He added that the Government seemed to be turning the need to teach pupils about racism into a “political football”.

“Schools have a legal duty to not promote partisan political views, and have been navigating lessons on race and identity for decades without issue. Turning the need to teach children about racism and prejudice into a political football is cynical and does little to help schools navigating this complex topic,” he said.

“Given the desperate need for more funding and resources in this area, the Department for Education’s focus on creating a divisive debate is deeply disappointing,” he added.

Mary Bousted, joint general secretary of the NEU teaching union, said that the guidance was “more likely to decrease students’ engagement with learning than to stimulate it”, and that the Government had placed “warning lights” around important issues.

“There is absolutely no need for new guidance on how to appropriately handle political and social subjects in schools,” she said.

“Very good guidance already exists and this is followed up and down the country. It has always been the case that educators take their responsibilities for teaching in these areas seriously and carry it out with considerable thought.”

Dr Bousted said the NEU had noted Education Secretary Nadhim Zahawi’s statement that he “does not seek to limit the range of political issues that schools can and do teach about”.

“But in practice his guidance will have the opposite effect,” she said.

She added that the guidance “does not so much clarify existing guidance as add new layers of mystification and complexity to it”.

“This could induce such a level of uncertainty and caution in schools about ‘political issues’ that they are less likely to engage with them”, she added.

Dr Bousted said that “the losers in the Department for Education’s 34-page game of obfuscation about what is and is not a ‘political’ issue will be the students who are denied the opportunity to engage with the most challenging issues of our time”.

“The warning lights that the Government is flashing around climate change, racism, world poverty and the legacy of empire as topics of exploration are more likely to decrease students’ engagement with learning than to stimulate it.”

Photo resurfaces of Evgeny Lebedev with his dog, Boris, on a tight lead