"Some children are at risk of being indoctrinated by political activists masquerading as teachers," the Tory MP said. 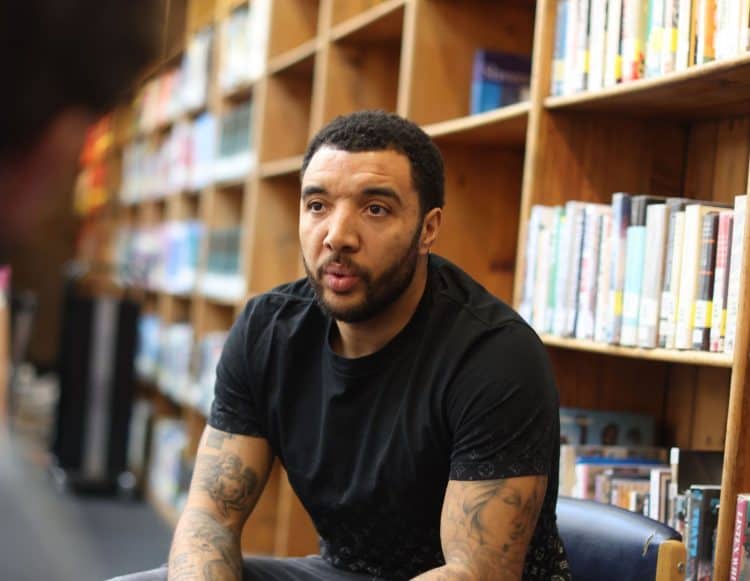 Footballer Troy Deeney has no intention of giving up on his pursuit to diversify the national curriculum but has admitted to being “disappointed” at a lack of progress after his meeting with Education Secretary Nadhim Zahawi.

The Birmingham City forward started a campaign in February to make the teaching of the history and experiences of black, Asian and ethnic minorities mandatory in schools with a petition launched and an open letter written to the Government.

Deeney commissioned his own YouGov survey at the start of the year which found the majority of British teachers surveyed think the school system has a racial bias and only 12% feel empowered to teach diverse topics.

With the Welsh Government set to bring in a new more diverse curriculum framework from September, a template has been set for change but the Schools Bill announced in the Queen’s Speech earlier this month failed to include any mention of improving the diversity of England’s current curricula.

Within hours of Deeney’s open letter being published, he received a reply on Twitter from Mr Zahawi, the Education Secretary, and the pair enjoyed a “positive” meeting in March but the experienced footballer had expected more progress in the months since even if a new history curriculum is being worked on.

He added: “It was all right, it was just a genuine chat at first to understand who we are and what we are doing but I have been a little bit disappointed at the speed of the follow up.

“I can’t lie about that.

“At the minute it is a lot of batting things (back and forth) so that is a little bit disappointing but I can’t necessary say he has dismissed me out of hand because he hasn’t.

“He has been very pleasant, he has been very nice but I want us to get to a position where we get the 100,000 signatures and then we can present people like Lavinya (Stennett, founder of The Black Curriculum) and all the other smarter individuals to present the cases because they have the stats.”

But it is the reactions of certain Tory MPs that might explain the reluctance to alter the national ciricculm.

Tory MP Gareth Bacon told the Commons: “Some children are at risk of being indoctrinated by political activists masquerading as teachers… they need to be struck off if they fail to comply with impartiality guidelines.”

Zahawi seemed to agree with the MP, but would Deeney’s changes fall into that category for Bacon and other Tory MPs?